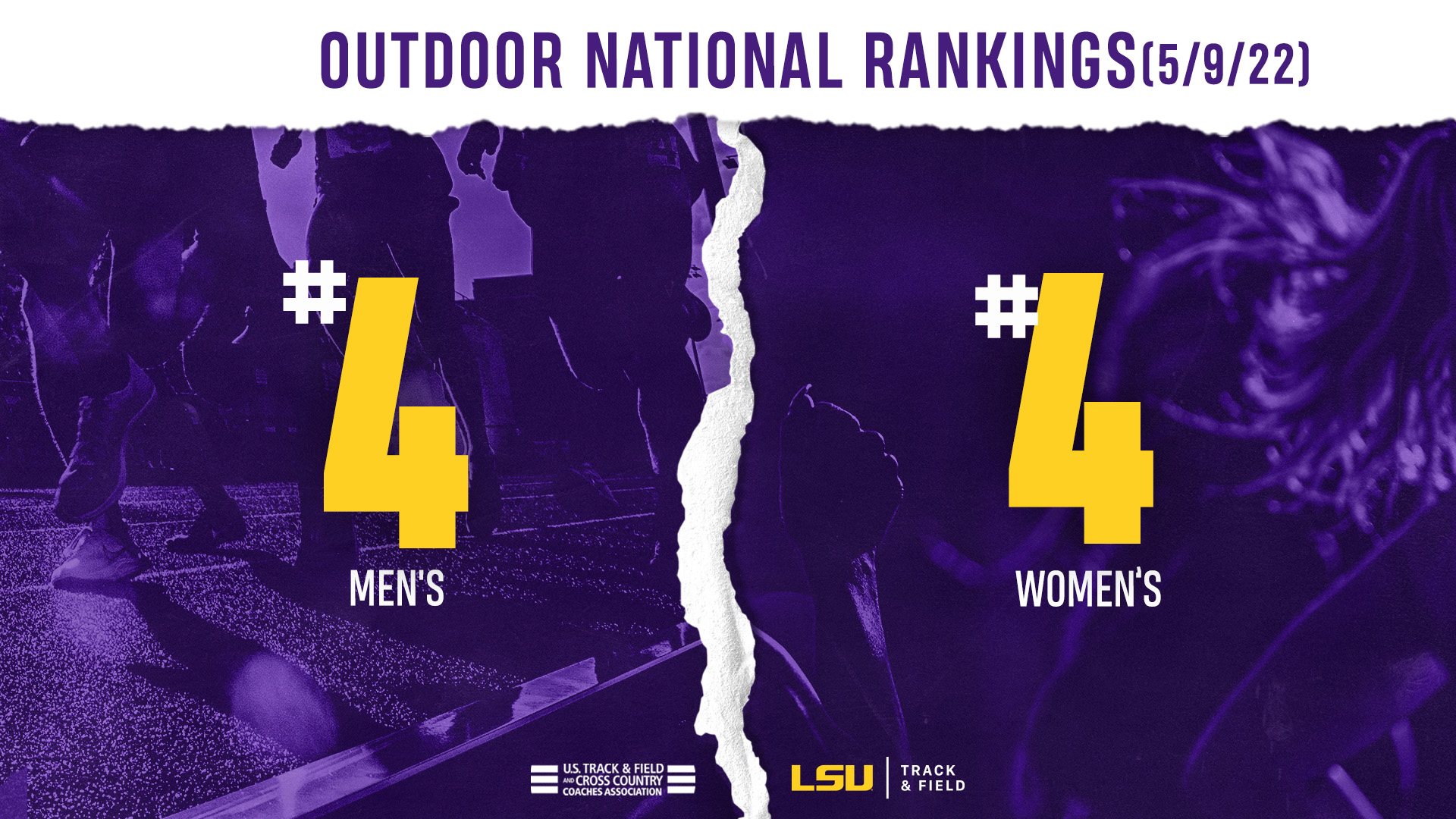 Baton Rouge, La. – Both women’s and men’s LSU track and field teams will enter the postseason ranked fourth in the U.S. Track & Field and Cross Country Coaches Association rankings. The Tigers travel to Oxford, Mississippi, this week for the SEC Championships.

LSU boasts a total of 18 NCAA top 10 marks as the postseason is set to commence soon; four of those 18 marks are NCAA leads. Lisa Gunnarsson’s career best pole vault of 15’ 3” (4.65 meters) is the top mark nationally by an inch and a half. Favour Ofili’s collegiate record in the 200 meter dash, a 21.96, made her the first collegian to ever go sub 22 during the collegiate season. Katy-Ann McDonald’s 2:00.98 from the Bryan Clay Invitational in mid-April still is the fastest this season, and Alia Armstrong’s slightly wind-aided 12.33 in the 100 meter hurdles also leads the NCAA.

Ofili and McDonald are actually ranked in the top 10 nationally in other events besides their NCAA leading marks. Ofili’s career best of 10.93 in the 100 meter dash ranks fourth and McDonald’s school record time of 4:13.07 is the sixth fastest in the country.

Eric Edwards Jr. ranks No. 2 in the nation in the 110 meter hurdles with a wind-aided 13.24 clocking from back in late March. Dorian Camel’s personal best of 20.00 flat in the 200 meter dash is the third fastest amongst sprinters over the distance this season. Defending javelin national champion Tzuriel Pedigo currently ranks fifth nationally this season with a LSU school record throw of 253’ 9” (77.34 meters). Fellow LSU school record holder John Meyer has the fourth best throw in the nation, a heave of 67’ 3.25” (20.50 meters), in the shot put.