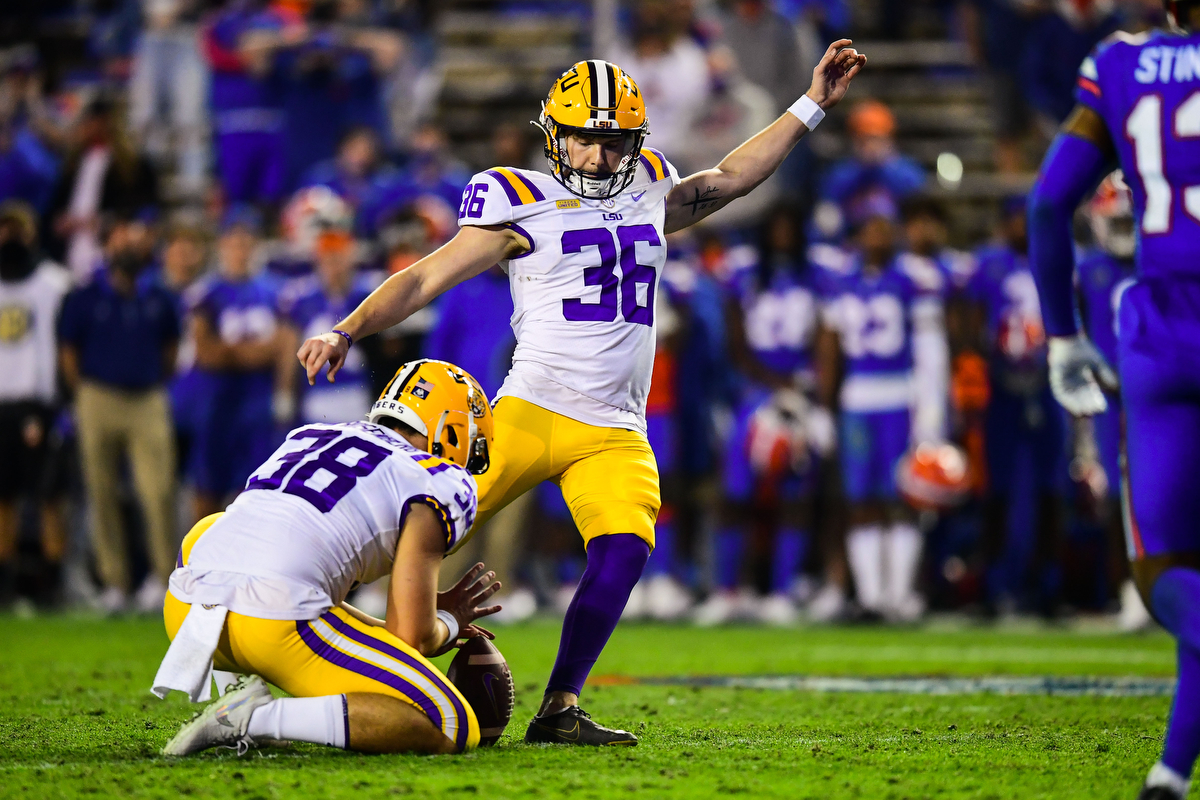 BATON ROUGE – LSU had six more players selected on the final day of the NFL Draft Saturday, running the Tigers’ total to 10 for the three-day event.

The 10 draft picks rank as the second-highest total for LSU in a single draft, trailing only the 14 who were selected in 2020.

Heading the list of day three draftees for the Tigers was placekicker Cade York, who was selected in the fourth round with the 124th overall pick by the Cleveland Browns. York becomes the first LSU kicker to be picked in the NFL Draft. York capped his LSU career as the school’s record holder for longest field goal (57 vs. Florida) and for most 50-yard field goals in a career (15). He also ranks No. 2 in school history in field goals with 54.

York was followed by defensive tackle Neil Farrell Jr., who went two picks later at No. 126 overall, to the Las Vegas Raiders.

Two-year starter and second-team All-America Damone Clark was picked in the fifth round with the 176th overall selection by the Dallas Cowboys. Clark will join former LSU linebacker Jabril Cox with the Cowboys. Cox was drafted by Dallas last year in the fourth round.

A pair of offensive linemen – Austin Deculus and Chasen Hines – were selected in the fifth round. Deculus, who played in more games than any player in LSU history at 61, went No. 205 overall to the Houston Texans.

He was followed five picks later by offensive guard Chasen Hines, who was selected No. 210 overall by the New England Patriots.

LSU’s final selection in the 2022 NFL Draft was defensive end/outside linebacker Andre Anthony, who went No. 248 in the seventh round to Tampa Bay.