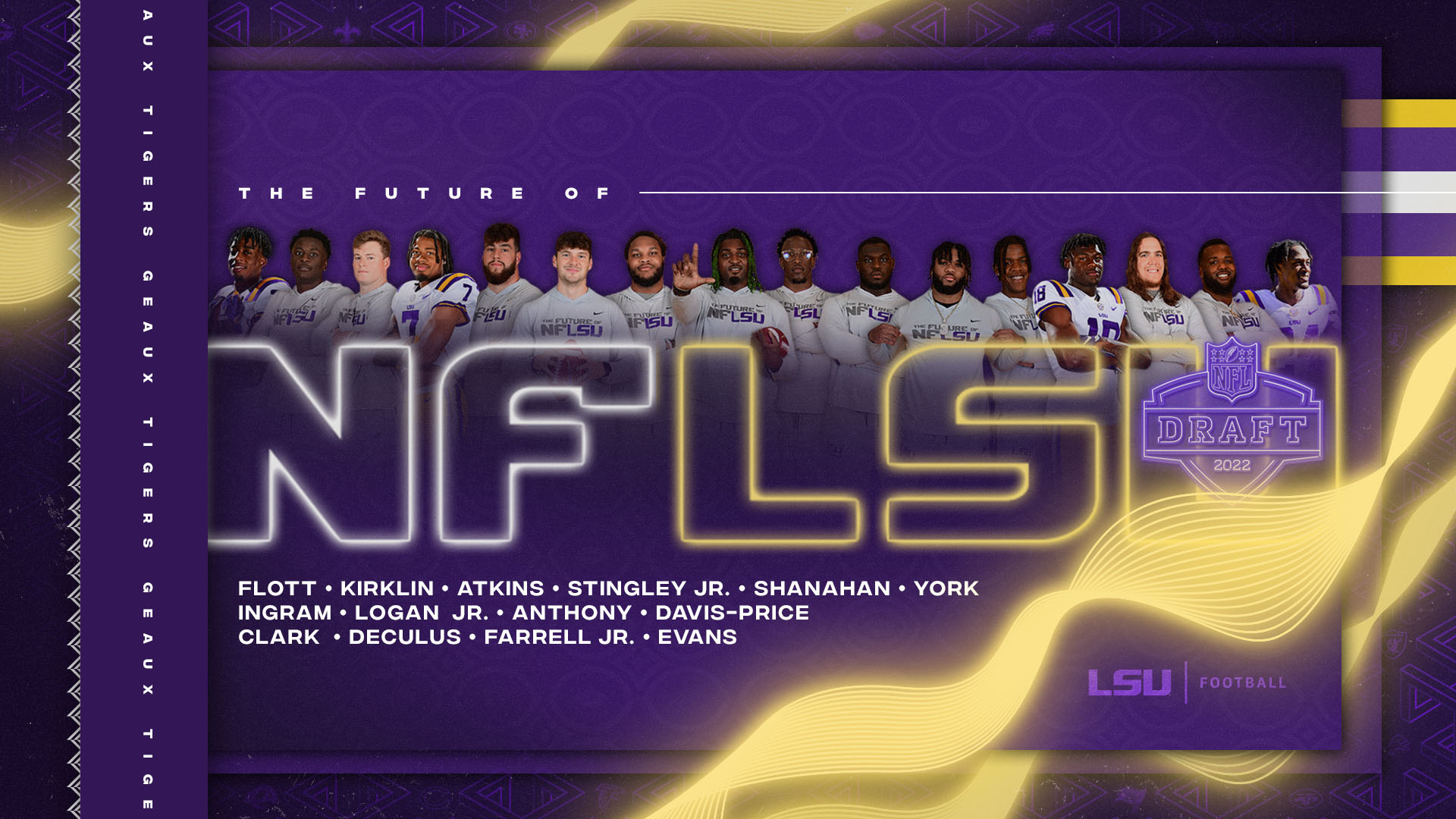 BATON ROUGE – NFLSU will add its next class of members starting on Thursday as the NFL holds its three-day draft in Las Vegas.

The NFL Draft begins with the first round on Thursday at 7 p.m. CT. All 222 picks of the seven-round NFL Draft will be televised on ABC, ESPN and the NFL Network. Rounds two and three take place on Friday starting at 6 p.m. CT with the final four rounds beginning at 11 a.m. CT on Saturday.

Last year, LSU wide receiver Ja’Marr Chase was selected No. 5 overall by the Bengals and went on to earn NFL Rookie of the Year. He helped Cincinnati to a berth in the Super Bowl.

Headlining this year’s LSU draft class is cornerback Derek Stingley Jr., who is widely considered the most talented player at his position. By all accounts, Stingley will become LSU’s 49th first round draft pick. He’s projected to be selected with one of the top 10 picks on Thursday night.

LSU has had at least one first round draft pick three straight years, a list that includes No. 1 overall pick Joe Burrow in 2020 and linebacker Devin White, the No.5 overall selection in 2019. In the last three drafts, LSU has had seven players selected in the first round, including a school-record five in 2020. Overall, 24 Tigers have been picked in the NFL Draft since 2019 and all 24 players remain on rosters in the league.

Stingley earned All-America honors as a true freshman when he started all 15 games at cornerback for the 15-0 national champion Tigers. Stingley led the SEC in interceptions with six in 2019. In 2020, Stingley again earned first team All-America honors despite missing three games. His final season at LSU ended after only three games when a foot injury sidelined him for the remainder of the season following the Central Michigan contest.