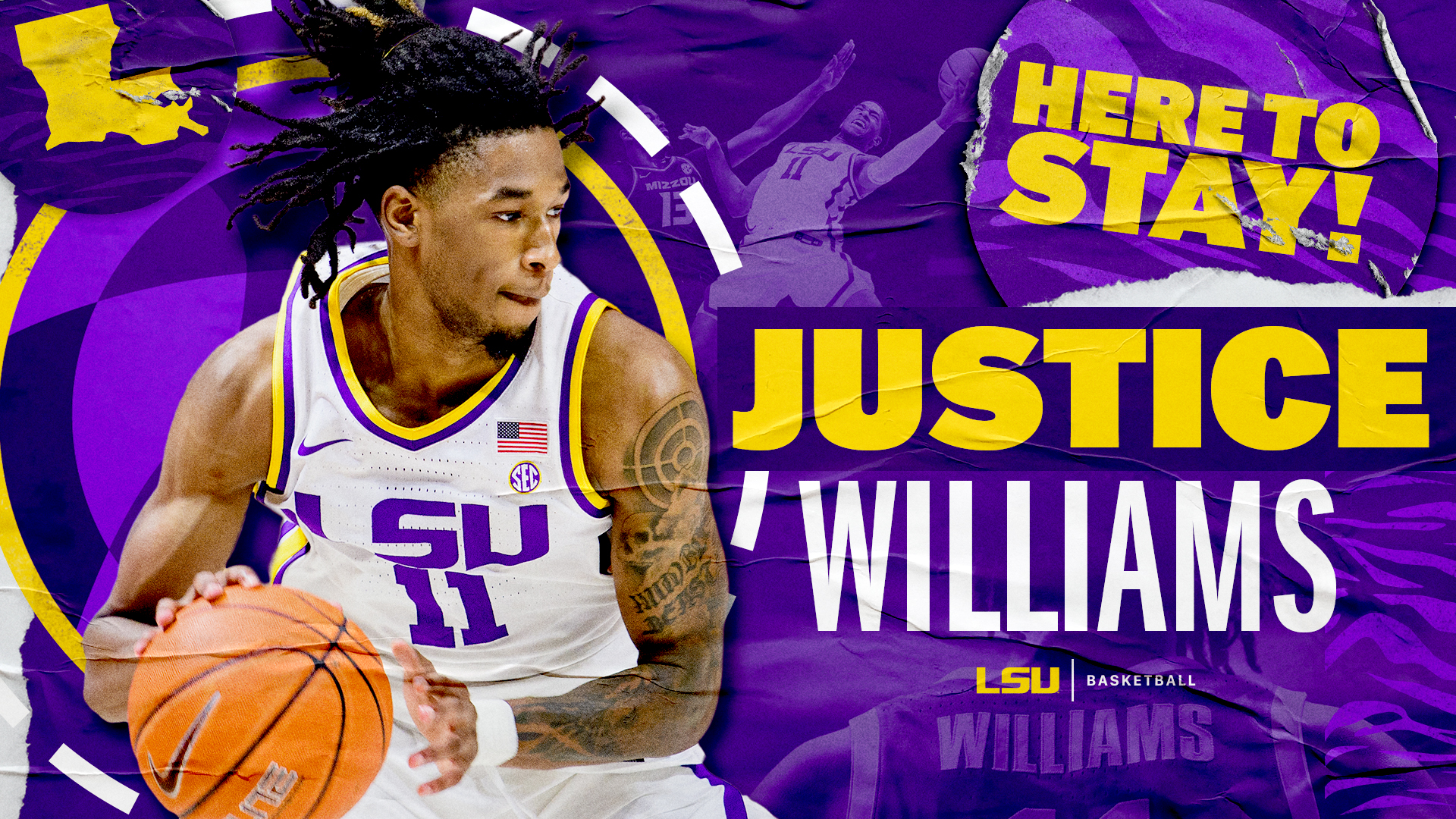 BATON ROUGE – LSU guard Justice Williams announced on Wednesday that he is submitting paperwork to remove his name from the transfer portal and return to LSU to play for Coach Matt McMahon and the Tigers in the 2022-23 season.

Williams, from Philadelphia, Pennsylvania, signed with LSU and reclassified to the 2021 recruiting cycle. He was injured much of the preseason and made his debut in the conference opener (12/29) at Auburn. He played 24 minutes in that game with seven points, three rebounds and two steals.

Prior to coming to LSU, he played for Montverde Academy in Florida. The team went 24-1 and captured the GEICO National Title.