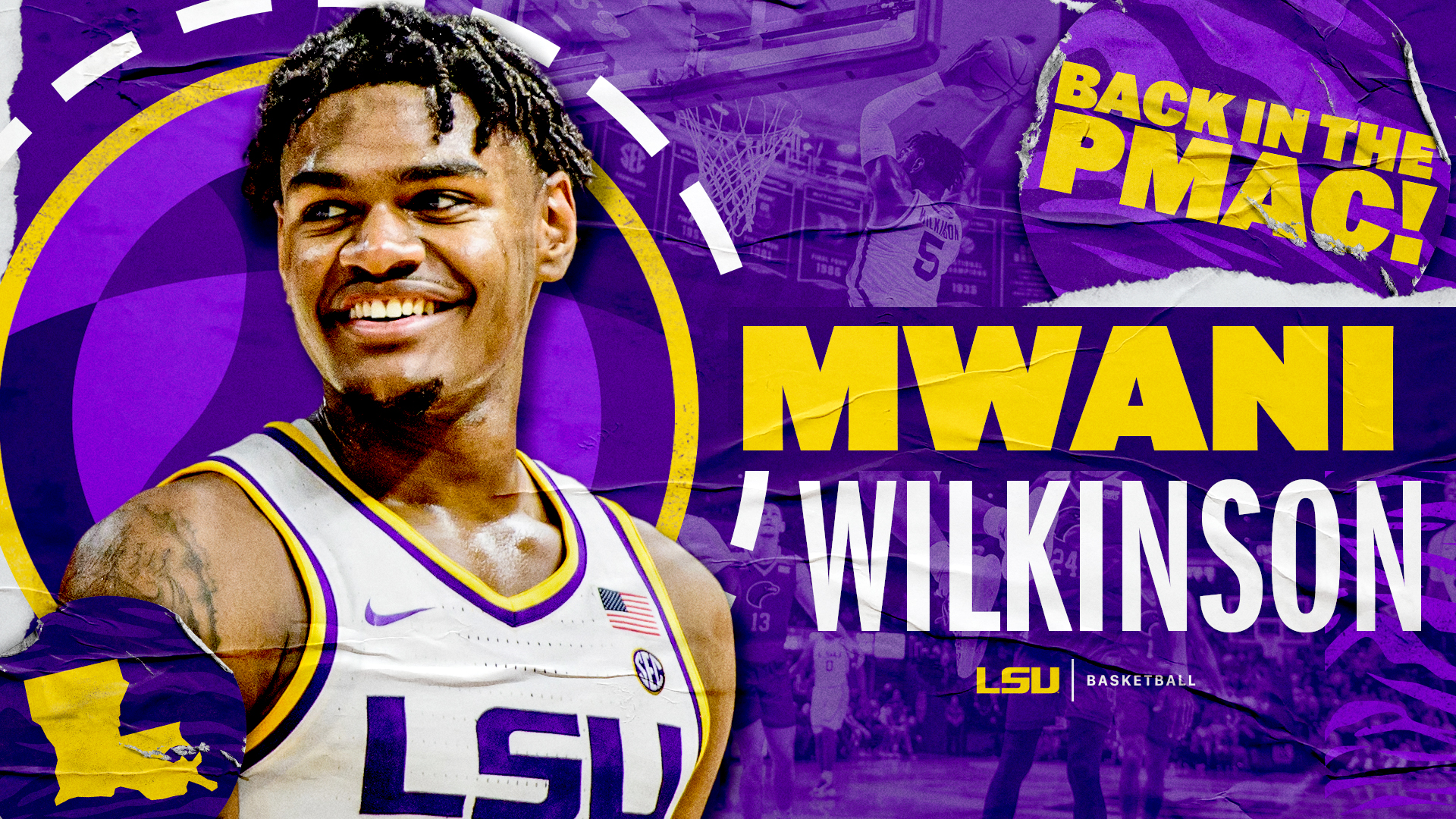 BATON ROUGE – Mwani Wilkinson, who played 61 games for LSU over the past two seasons, has announced that he has withdrawn from the transfer portal and will return for his junior season with the Tigers.

Wilkinson, from Las Vegas, Nevada, has been a part of NCAA Tournament teams in both 2021 and 2022 for LSU.

Wilkinson made 25 three-pointers, shooting 40.3 percent from distance. He had six steals in the season opener with two blocks and three assists against ULM (11/9). He also had five steals versus Belmont (11/22) and four against McNeese (11/18).

He averaged 24.2 minutes per game.

Wilkinson joins a roster that Coach Matt McMahon has begun to shape at LSU for the 2022-23 season, including Murray State transfers Justice Hill and Trae Hannibal along with Kendal Coleman from Northwestern State.