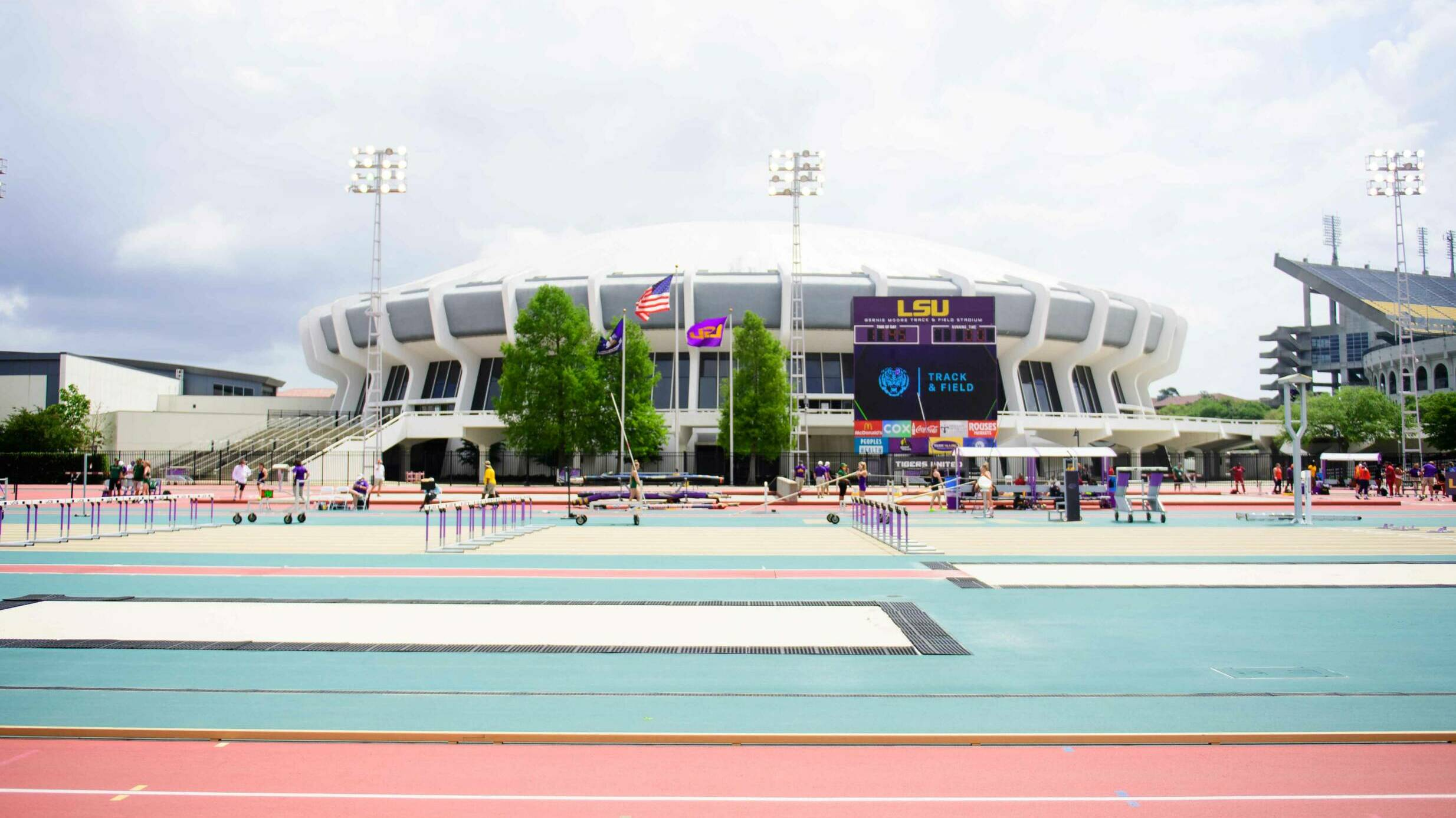 Baton Rouge, La. –  The No. 9 ranked LSU women’s and men’s track and field teams will welcome nine other universities to the invite only Joe May Invitational on Saturday, April 9, at the Bernie Moore Track Stadium. The track meet begins at 9:30 a.m. with running events set to start at 1:30 p.m.; admission is free.

LSU will be honoring former LSU track and field head coach Joe May immediately after the men’s 4×100 meter relay at 1:35 p.m. May served as the head coach of LSU from 1964-76 and had five athletes win national titles during that time frame. A two-sport star for LSU from 1953-56, May was a two-time conference champion with a javelin title and a title on the 440 yard relay. He also played football and returned a kickoff 96 yards for a touchdown versus Kentucky in 1955.

Joe May Invitational – Events To Watch

2021 national champions Lisa Gunnarsson (pole vault) and Tzuriel Pedigo (javelin) will compete at home for the first time this season. Gunnarsson registered a lifetime best of 15’ 3” (4.65 meters) in the pole vault at the Texas Relays two weeks back to take over the 2022 NCAA lead and rank equal to the No. 4 performer in collegiate history in the event. Pedigo launched the javelin a career best 253 feet, nine inches at the Texas Relays to move up to the No. 2 spot in the NCAA this season. Both those marks by Gunnarsson and Pedigo bettered their previous school records. Both the pole vault and the javelin are set to begin at 3 p.m. on Saturday.

Indoor school record holder and All-American John Meyer will make his outdoor debut for LSU on Saturday in both the discus (10:45 a.m.) and shot put (1 p.m.). Meyer is the LSU school record holder in the indoor shot put with a best throw of 66’ 4.25” (20.22 meters) that he registered at the 2022 NCAA Indoor Championships.

Eric Edwards Jr., the current NCAA leader in the 110 meter hurdles, will hurdle for the second time this outdoor season. He won the Texas Relays with a wind-aided time of 13.24 seconds. Favour Ofili and Dorian Camel, both currently ranked in the top 10 of the NCAA, will compete in the 100 meter dash for the second straight week. Ofili (11.11) ran a personal best last weekend. Alia Armstrong will also compete in the 100 meters with plans of lowering her personal best of 11.71 in the 100 meters by a significant margin.

Amber Anning will go at it again in the 400 meters a week after running a 52.08 in the event for the No. 6 time in the nation. Anning will also be running the 200 meters. Mid-distance star Michaela Rose will make her LSU debut in the 400 meter hurdles on Saturday afternoon at 3:25 p.m. alongside teammate Garriel White. The two of them have a chance to go pretty fast.

Sprinters Thelma Davies and Symone Mason, both All-Americans, are scheduled to open up their outdoor seasons. Davies will run the 100 meters at 2:40 p.m. and Mason will compete in the 200 meters at 3:45 p.m.

Nyagoa Bayak, Abigail O’Donoghue, and Morgan Smalls will all look to clear quality bars in the high jump; that event is set to begin at 2:15 p.m. Bayak and O’Donoghue are currently ranked No. 9 in the NCAA this season.