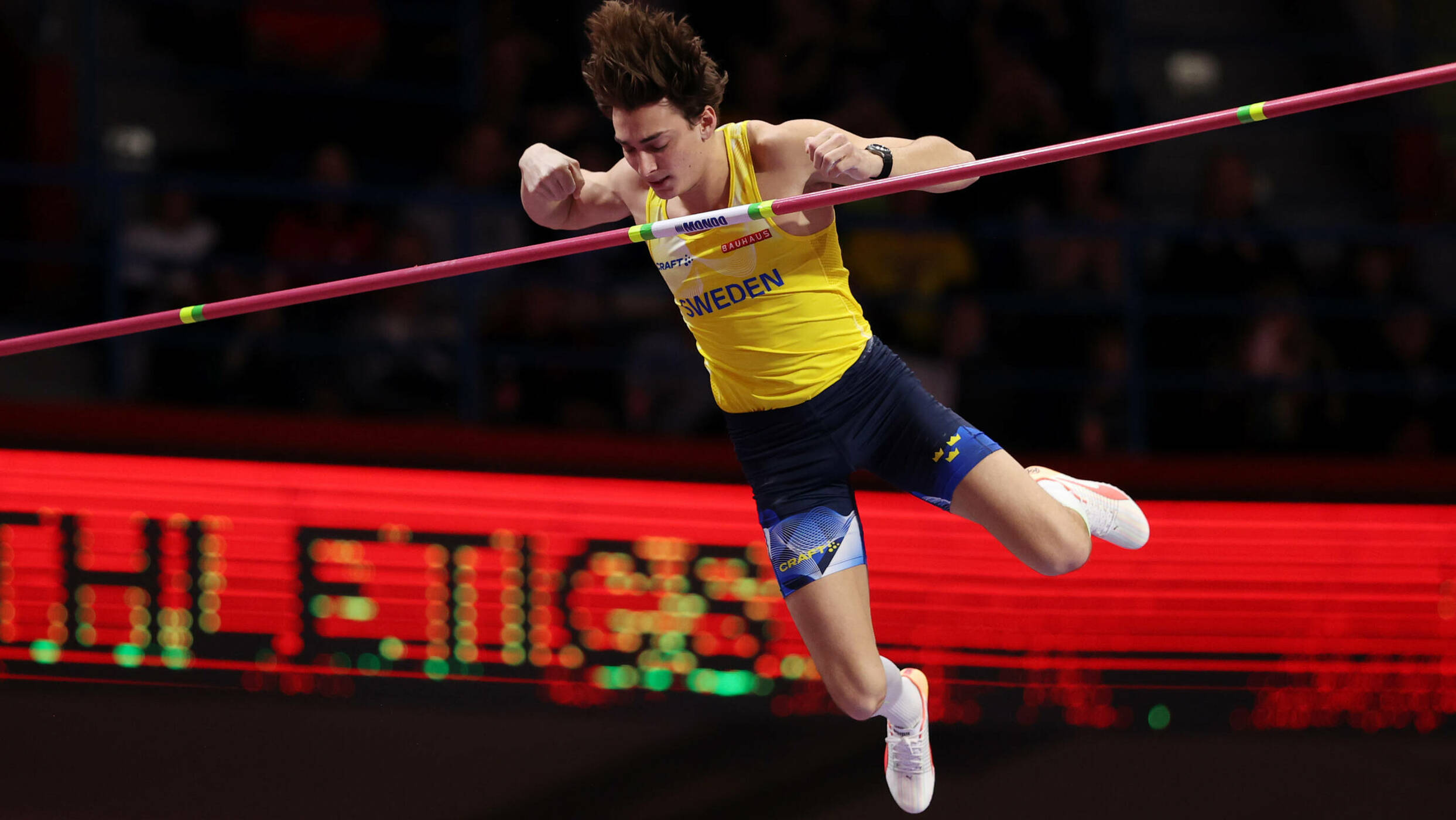 Belgrade, Serbia –  Mondo Duplantis won his first career indoor world title in stunning fashion by bettering his own world record on Sunday as action concluded at the 2022 IAAF World Championships at Stark Arena in Belgrade, Serbia.

Duplantis represented Sweden in the event and set the world record on his third and final try at a height of 20’ 4” (6.20 meters) to cap off the world meet. His previous world record, that he set on March 7 at Stark Arena, lasted all of 14 days. The mark is of course a meeting record and one that might not ever be bettered unless Mondo does it himself.

LSU track and field alums secured two medals at this world indoor meet. Mondo’s gold today, and Mikiah Brisco won silver on Friday in the 60 meter dash with the 11th fastest time in world history, a 6.99.