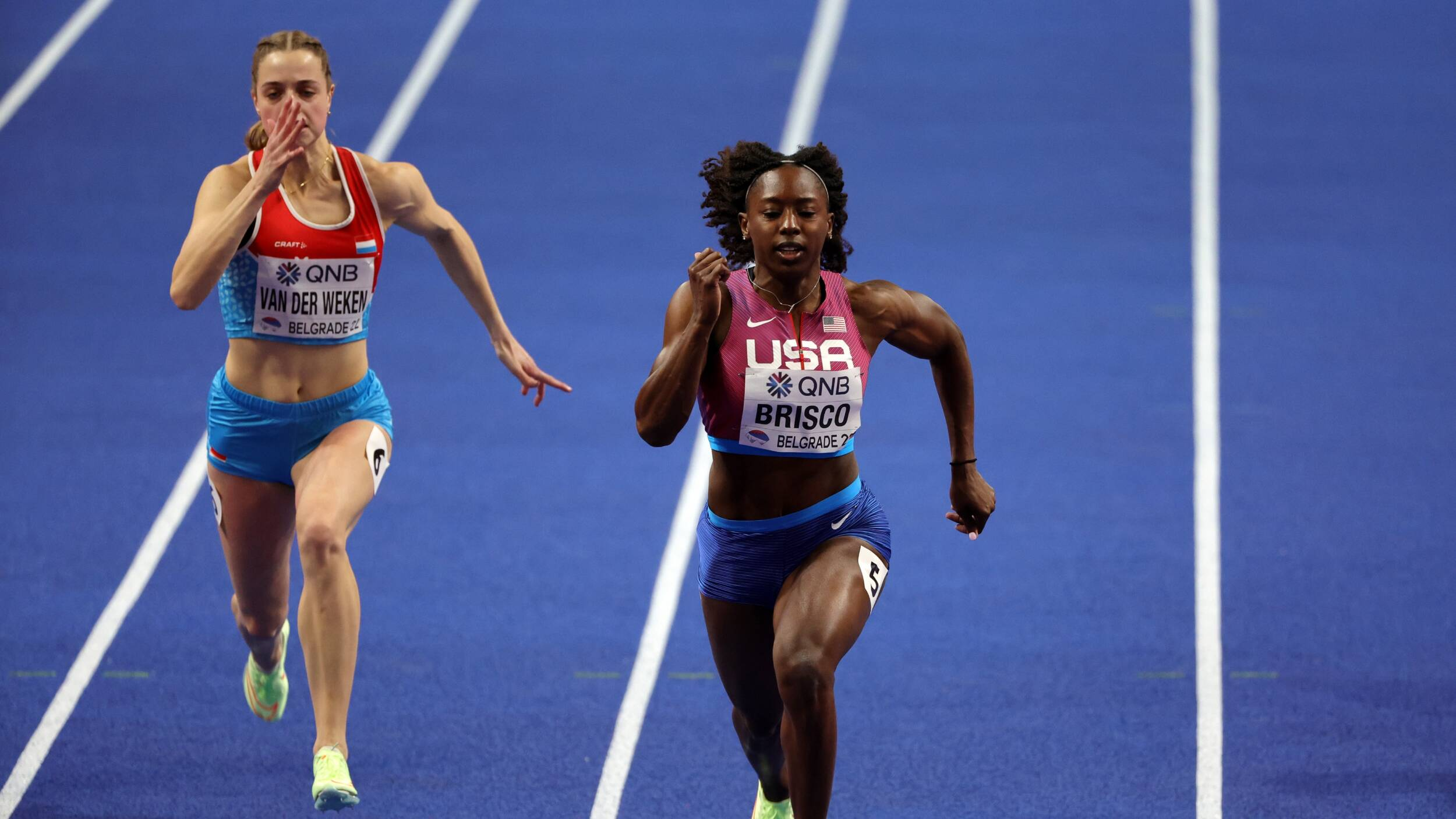 Brisco, a Baton Rouge native, was one of two representatives for Team USA at the world meet in the 60 meter dash. Brisco went in to the meet with a career best of 7.04 seconds, and she bettered that in all three of her races at the event. She opened with a 7.03 time in the first round followed by a 7.03 in the semifinals to advance to the finals.

In the finals she became the 12th woman in world history to dip under seven seconds flat in the 60 meter dash with her time of 6.99 for silver. Mujinga Kambundji of Switzerland won the race with a time of 6.96 to equal the fourth best performance in world history. Marybeth Saint-Price (USA) took third in a time of 7.04 seconds.

“The goal going into this meet was to get a gold, of course, but I’m happy to come away with a medal,” Brisco said after her stellar performance. “We came here and got second and third for USA, so we’re excited and happy to have some medals.”

Brisco was a three-time national champion and 11-time All-American during her time competing for LSU from 2015 to 2018. She served as the leadoff leg for LSU’s collegiate record setting 4×100 meter relay that ran a time of 42.05 seconds in 2018 at the SEC Championships; that record still stands to this day.