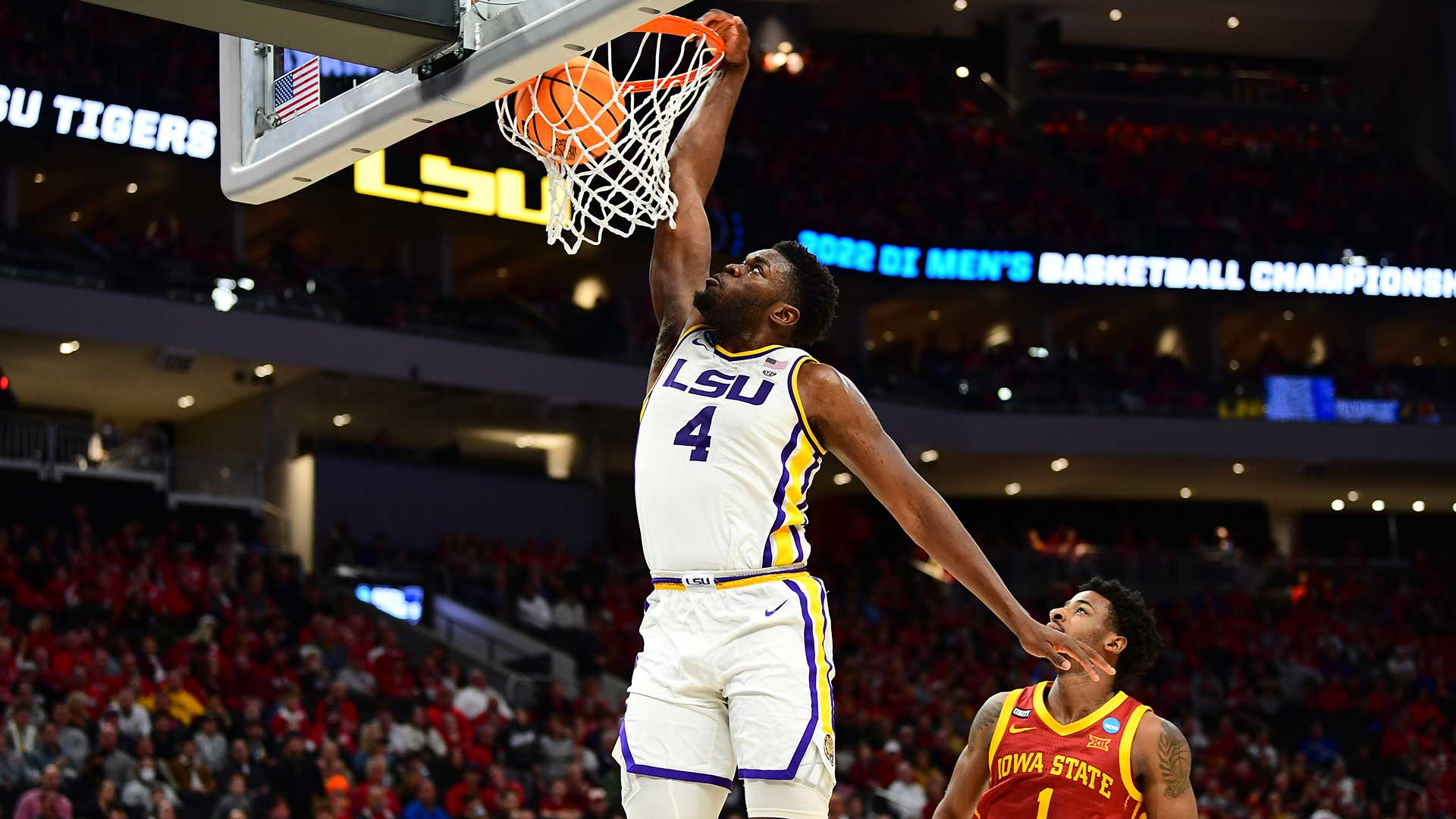 MILWAUKEE, Wisc. — Iowa State freshman guard Tyrese Hunter scored 23 points including a three-pointer with 19 seconds to play, as the Cyclones advanced past LSU in the NCAA Tournament, 59-54, on Friday night in the Fiserv Forum.

Tari Eason led the Fighting Tigers with 18 points, while senior Darius Days added 14 points and 12 rebounds. LSU struggled from the field early in the game and finished at 37 percent (17-46) with 19 turnovers. Brandon Murray and Mwani Wilkinson each scored eight points.

Alongside Hunter, Iowa State (21-12) was led by Izaiah Brockington who scored 19 points on 6-of-16 shooting.

In its first meeting with LSU, No. 11 seed Iowa State advanced to face the winner of No. 3-seeded Wisconsin and No. 14-seeded Colgate in the second round.

With forwards Efton Reid III and Tari Eason saddled with a pair of personal fouls in the first eight minutes, LSU was slow to get into an offensive rhythm.

Brockington scored 10 points in the first 12 minutes to give Iowa State a 21-12 lead and force an LSU timeout.

After falling behind by 12 with 6:37 to play in the half, LSU held the Cyclones scoreless for the duration of the period.

During the defensive stand, the Tigers forced Iowa State to take seven of its final last eight shots from three point range, and the Cyclones missed all seven.

The Tigers were only able to cut the deficit to 24-19 with a three pointer by Days, a putback by Wilkinson, and a pair of Days free throws with 1.9 seconds remaining.

The Tigers pulled within one, 27-26, with 17:29 to play when Days scored five straight and Reid added a pair of free throws following a flagrant foul on the Cyclones.

Despite a technical foul for having six players on the court, LSU managed to tie the game at 31-31 with five-straight points by Eason.

Once again, LSU’s defensive finished the half well, holding Iowa State without a field goal for a span of 5:26. LSU answered with a 10-1 run of its own to cut the Cyclones advantage to 51-50 with 2:13 to play.

A layup by Eason kept LSU with a basket, 56-54, with 47.8 seconds remaining. Following a timeout, Hunter drained the shot clock to zero before making a long three pointer from the right wing to clinch the victory with 16.3 seconds left.

LSU was coached for the first time tonight by Kevin Nickelberry, who was elevated to interim head coach on March 12.