Darius Days had a 14 point, 10 rebound double double against Arkansas. 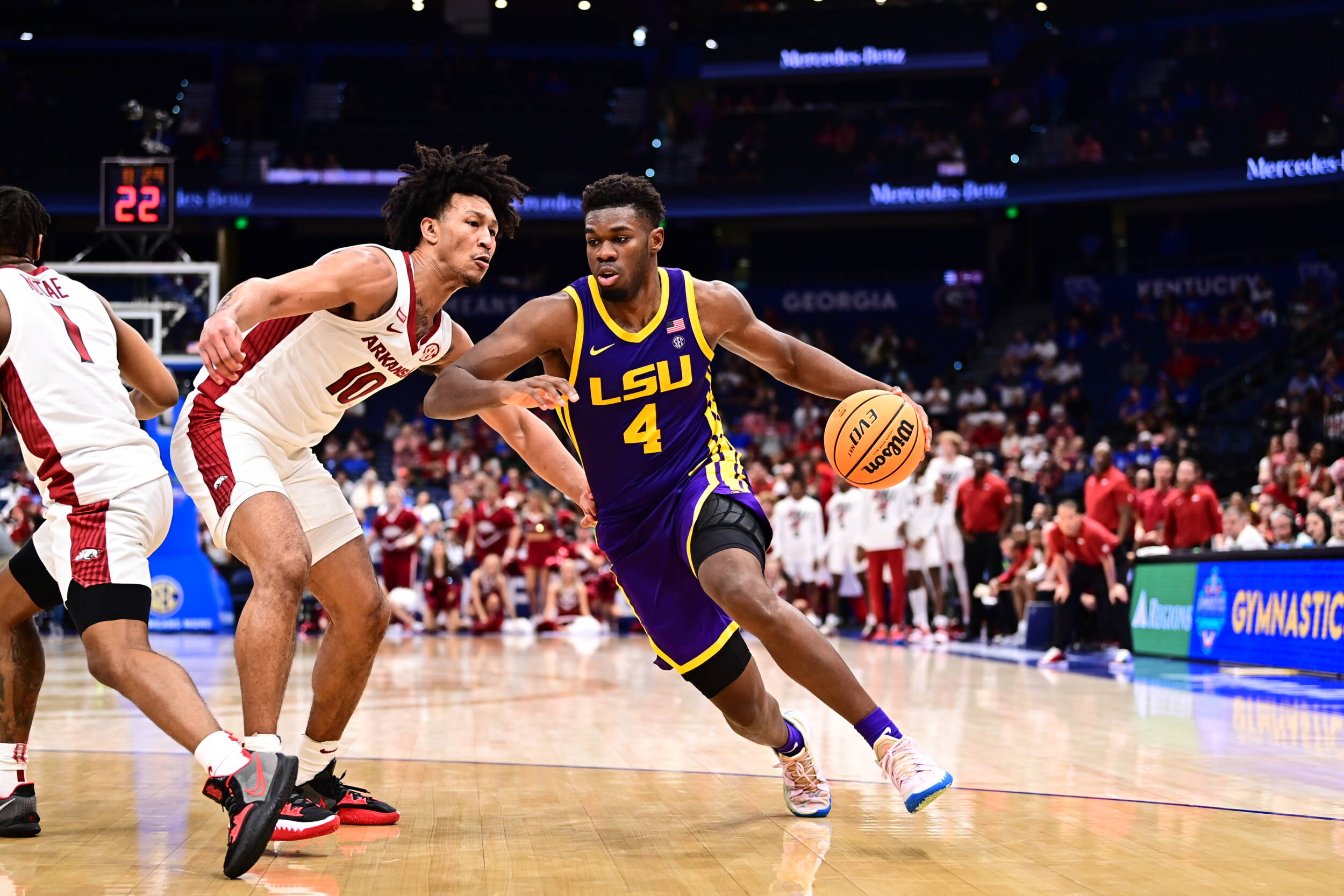 TAMPA, Florida – Arkansas was able to put LSU in a bind at the beginning of the second half and went on to a 79-67 win over the Tigers in the quarterfinals of the Southeastern Conference Tournament on Friday afternoon at Amalie Arena.

LSU, 22-11 on the year, now awaits the Sunday NCAA selection show to find out its spot in the 68-team field. It is expected that the Tigers, according to many of the bracketologists, will be a five-or-six seed when the field is announced on CBS Sports at 6 p.m. ET/5 p.m. CT.

The Tigers and Razorbacks were involved in an offensive struggle in the first half as the teams combined to make just 14-of-53 shots combined and just 3-of-20 from the arc. Free throws were the primary offensive weapon of the two teams as they combined for 24-of-29 attempts. LSU was 11-of-12 and Arkansas 13-of-17.

Arkansas had a 12-4 lead five minutes into the contest but LSU rolled off seven-straight points to cut it to 12-11. Arkansas was up 17-13 with 9:54 to go in the first half before LSU rallied to take the lead on another 7-0 run.

Brandon Murray made a layup, Eric Gaines hit two free throws and Darius Days 1-of-2 to give LSU an 18-17 advantage at the 6:48 mark. Again, after some missed shots and turnovers, Days went back to the line and gave LSU a 20-17 lead with two free tosses.

LSU had a 26-23 advantage on a Mwani Wilkinson jumper at the 1:05 mark, but Arkansas scored he final six points of the half to go to the dressing room leading 29-26.

But it was out of the dressing room that the game was decided as the Razorbacks scored the first 13 points of the half over a 3:20 period to increase the advantage for Arkansas to 16 points, 42-26.

The Tigers could not get enough stops to cut into the lead, only getting back to within nine at two different points of the half.

Tari Eason led LSU with 15 points, while Darius Days had his eighth double double of the season, the 24th of his career, with 14 points and 10 rebounds. Brandon Murray had 13 points, four assists and no turnovers in the game.