Tigers On The Road For South Carolina Basketball Tilt 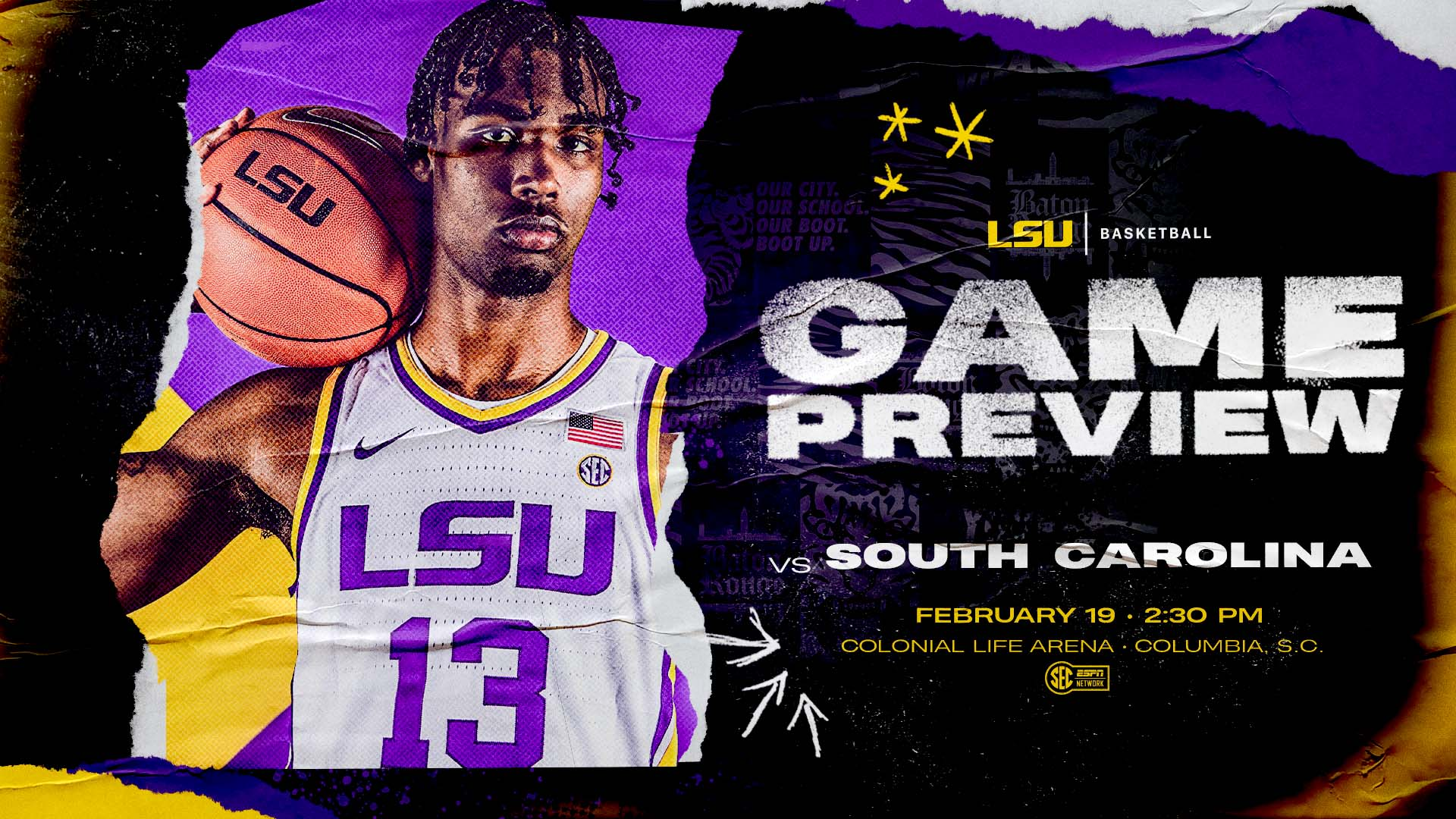 The game will be broadcast on the affiliates of the LSU Sports Radio Network with the Voice of the Tigers Chris Blair and former head coach John Brady (Guaranty Media flagship Eagle 98.1 FM will have the game in Baton Rouge). The SEC Network will have the telecast with Kevin Fitzgerald and Caroline Peck.

LSU is 19-7 overall and 7-6 in the SEC, tied for fifth with Alabama, two games out of fourth. South Carolina is 15-10 and 6-7 in the league. LSU has won three straight games including an 84-65 win over Georgia at home on Wednesday night. South Carolina used a half-court shot to win 77-74 in overtime at Ole Miss on Tuesday.

The Tigers are beginning at two-game road swing that will take them to South Carolina on Saturday and then travel to Lexington for a second meeting with the University of Kentucky next Wednesday. LSU is next at home on Saturday, Feb. 26 against Missouri.

LSU has won twice on the road in the league in SEC play at Florida and Texas A&M and will be looking to steal another win on the road to make up for the two losses at the Maravich Center earlier this season.

A key to the three-game winning streak is the fact that LSU has been able to get healthy and go back to the starting lineup it used in 14-of-the-first-15 games, all Tiger victories. That lineup is now 17-0 for Coach Will Wade as the Tigers try to keep momentum moving ahead for the latter part of the season.

The lineup features point guard Xavier Pinson and Brandon Murray at the second guard, with Darius Days and Mwani Wilkinson at forwards and Efton Reid at center. That also allows leading scorer Tari Eason and backup guard Eric Gaines to come off the bench which provides energy and several ways of attacking the defense.

The Gamecocks have won two-straight in league play and are looking to notch the team’s second three-game win streak this season in SEC action.