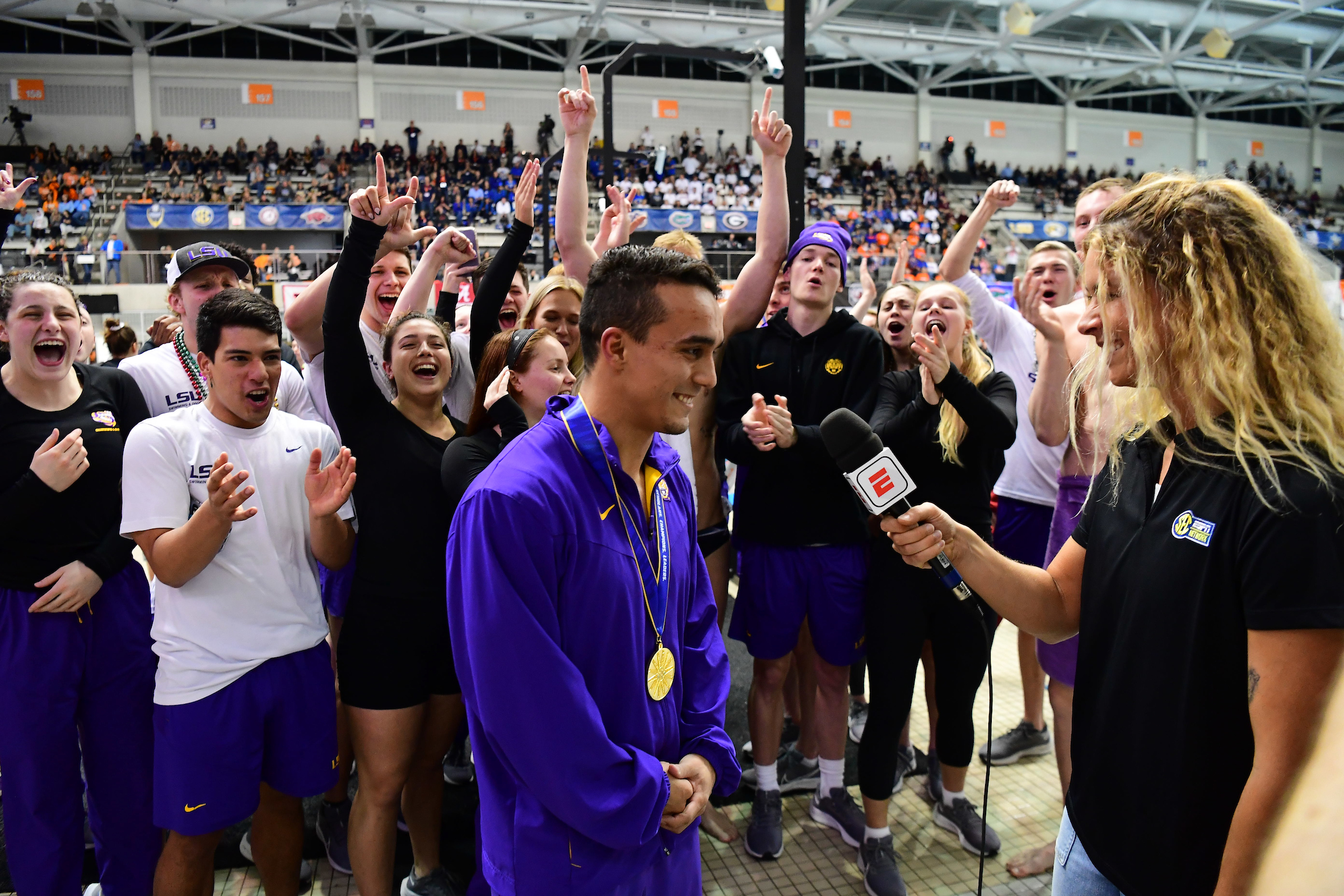 KNOXVILLE, Tenn. – LSU diver Juan Celaya-Hernandez has cemented himself as one of the best divers to ever come through an SEC school after claiming his seventh-career SEC Championship inside the Jones Aquatic Center on the University of Tennessee’s campus.

This was his third SEC title on platform during his LSU career.

“This is a surprise, definitely,” Celaya-Hernandez said after earning gold. “I am not a tower diver, everybody knows it. It is a grateful surprise because I also won here my freshman year, on the tower, and I set the SEC record so, I was pretty happy.”

The Tigers had eight swimmers compete in the Friday night finals. To begin the night, Hannah Bellina and Jenna Bridges both swam in the ‘C’ final for the 200-yard fly. Bridges finished second in the consolation final with a time of 1:57.07. Bellina finished in eighth place with a time of 1:59.27. Bridges time moves her up to No. 3 on the event’s top-10 times.

In the 100-yard breaststroke, Emilie Boll placed 13th after qualifying for the ‘B’ final. Her time of 59.92 gave her some more cushion in her ninth-ranked time in the event in LSU’s program history. Abby Maoz claimed 18th place in the event with a time of 1:00.90.

The Tigers return to the Jones Aquatic Center for the final day of the SEC Championships Saturday at 8:30 a.m. CT for prelims.