No. 11 LSU on Road at Mississippi St.; Start Time Pushed Back 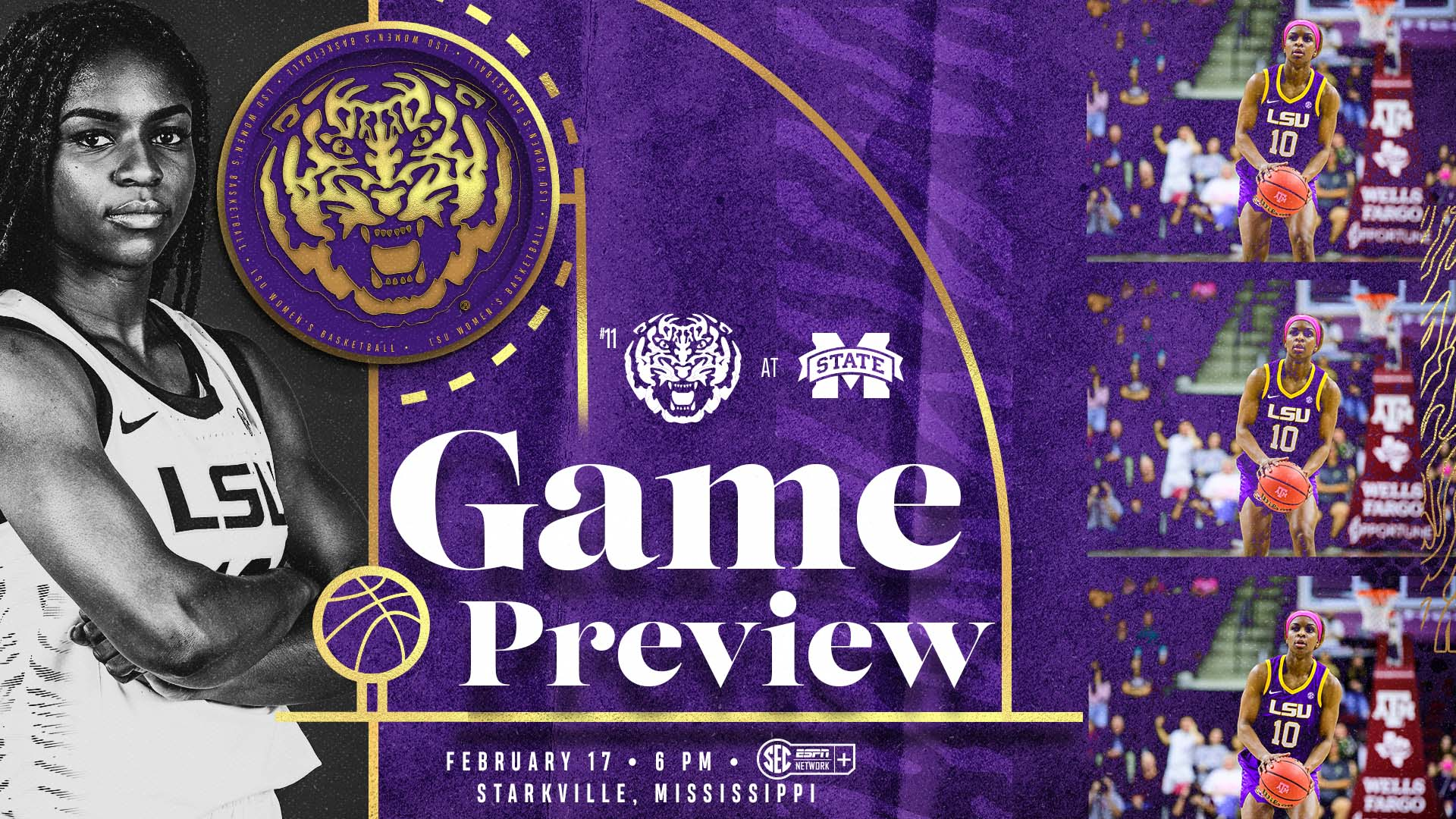 “They push the ball in transition, they shoot the three, they’ll go five guards sometimes,” LSU Head Coach Kim Mulkey said about the Bulldogs. “A lot of movement. A lot of dribble-penetration. We have them size wise, but that’s not always great depending on matchups defensively.”

The Tigers have four games remaining in the regular season and they control their own destiny. LSU has the opportunity to finish as high as No. 2 in the SEC and is in a position to clinch one of the Top-16 seeds in the NCAA Tournament which would allow the Tigers to host first and second round games in the PMAC. LSU has won its most regular season games since the 2007-08 season.

Thursday’s game can be streamed on the SEC Network + with Bart Gregory and Charlie Winfield on the call. Patrick Wright and Jeff Palermo will call the game on the LSU Sports Radio Network, 107.3 FM in Baton Rouge.

LSU features the most potent guard trio in the SEC. Khayla Pointer and Alexis Morris are the only two players from the same team inside the Top-10 in the SEC in scoring. Jailin Cherry is on pace to set new career marks for points per game, rebounds per game and assists per game.

LSU and South Carolina, the unanimous No. 1 team in the country who LSU took to the brink, are the only two teams to rank in the top four of the conference in scoring, field goal percentage, field goal percentage defense, and rebounding margin. With LSU’s trio of guards, LSU has been able to score the ball efficiently and their physical play, coupled with strong post defense, has allowed the Tigers to be successful defensively. All of LSU’s starters contribute significantly on the boards too, led by Autumn Newby who grabs 8.0 rebounds per game.

On the offensive end LSU would like to get more production from its post players. Over the past two games LSU’s bigs have contributed just 21 of LSU’s 147 points against Georgia and at Texas A&M.

“We just have to keep making everybody understand not one player can be hesitant, can lose their confidence; you’ve just got to keep playing,” Coach Mulkey stated.

LSU’s scoring offense ranks No. 2 in the SEC (75.9 ppg) and MSU is right behind at No. 3 (72.0 ppg). The Bulldogs feature Anastasia Hayes on offense, and she scores 19.1 points per game. JerKaila Jordan is MSU’s other top scorer. Both her and Hayes had over 20 points Tuesday at Kentucky, but the Bulldogs fell to the Wildcats after leading by 15 points with 7:10 left in the game.

“Going to Starkville is going to be difficult because they do support women’s basketball,” Coach Mulkey said.