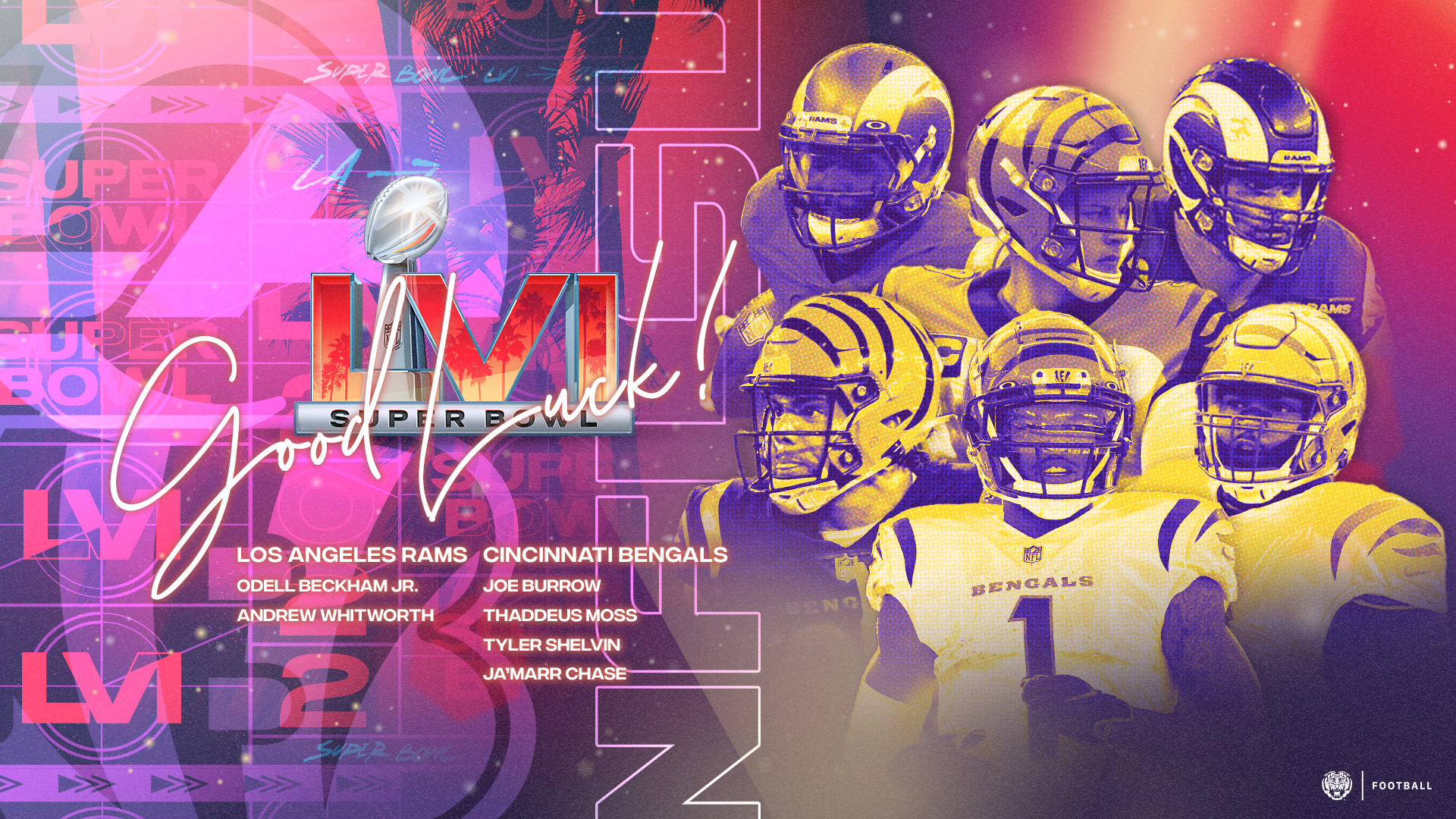 BATON ROUGE – With six players in Sunday’s Super Bowl, LSU’s all-time statistical highs for the biggest game in sports could fall when the Bengals face the Rams in Super Bowl LVI in Los Angeles.

On Sunday, Joe Burrow will become the second quarterback in LSU history to start in a Super Bowl, joining David Woodley, who started for the Dolphins in Super Bowl XVII. Woodley passed for 97 yards and a touchdown in Miami’s 27-17 loss to Washington.

Last year, Leonard Fournette set the LSU record for most rushing yards in a Super Bowl by a former Tiger with 89 yards and a touchdown on 16 carries in Tampa Bay’s win over Kansas City.

Running back Joseph Addai holds the LSU mark for most receptions (10) and receiving yards (66) in Super Bowl, recording those numbers in Super Bowl XLI.

Defensively, All-America linebacker Devin White set the LSU record for most tackles in a Super Bowl with 12 in the win over the Chiefs.