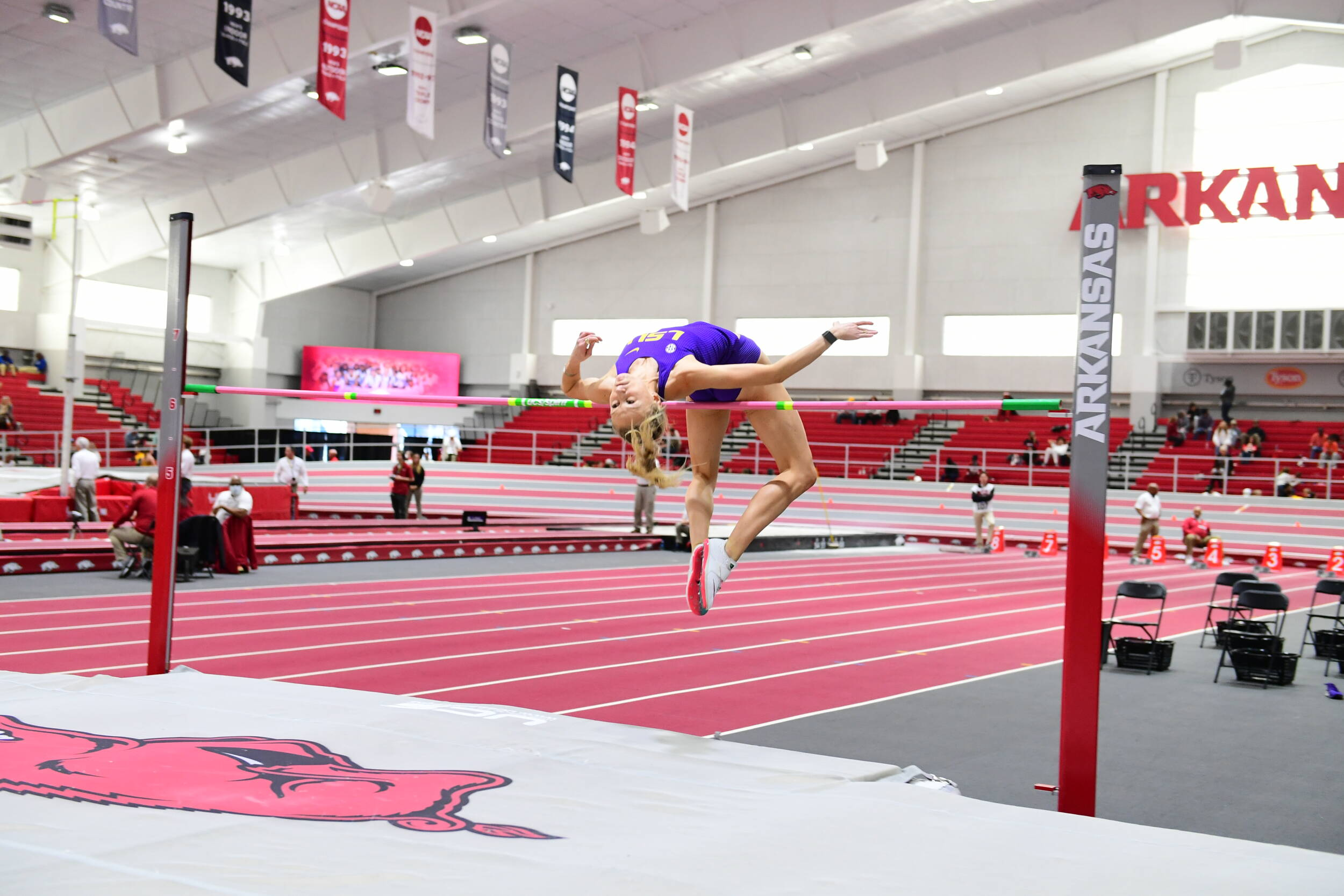 Fayetteville, Ark. – LSU track and field high jumper Abigail O’Donoghue picked up her second consecutive win in the high jump on the final day of the Tyson Invitational at the Randal Tyson Track Center on Saturday. LSU registered an additional five podium finishes on the day to close out action.

O’Donoghue’s clearance of 6’ 0.75” (1.85 meters) won her the high jump. She won the event based on number of countback misses as teammate Nyagoa Bayak also cleared a bar of 6’ 0.75” for third place. The clearance for Bayak was a personal best and it moved her into the No. 5 spot in the LSU record book while also earning her a No. 6 national ranking. Morgan Smalls matched the highest clearance of her indoor collegiate career with a height of 5’ 11.50” (1.82 meters) to finish fourth.

Sean Dixon-Bodie landed the third best triple jump of the NCAA season with a leap of 53’ 10.50 (16.42 meters) on his second attempt of the event. The mark designated him as the top collegiate finisher in the invitational event as he took second behind Jahnai Parinchief.

John Meyer threw a season best of 65’ 1.25” (19.84 meters) in the shot put on his way to a third place finish in the event. It was a season best throw by almost a foot and a half and improved upon his already No. 2 ranking in LSU school history. The throw also bumped him up into No. 7 on the NCAA list.

In the 800 meters, all three LSU runners – Michaela Rose, Hannah Carroll, Thomas Daigle – notched personal bests. Michaela Rose shaved a tenth of a second off her prior personal best to place fourth overall with a readout of 2:04.70, a time that ranks No. 10 in LSU history. Hannah Carroll ran a time of 2:11.30 to place seventh, and Daigle finished 14th with a time of 1:54.03.