Saturday Night Basketball At The PMAC: LSU Vs. Miss. State 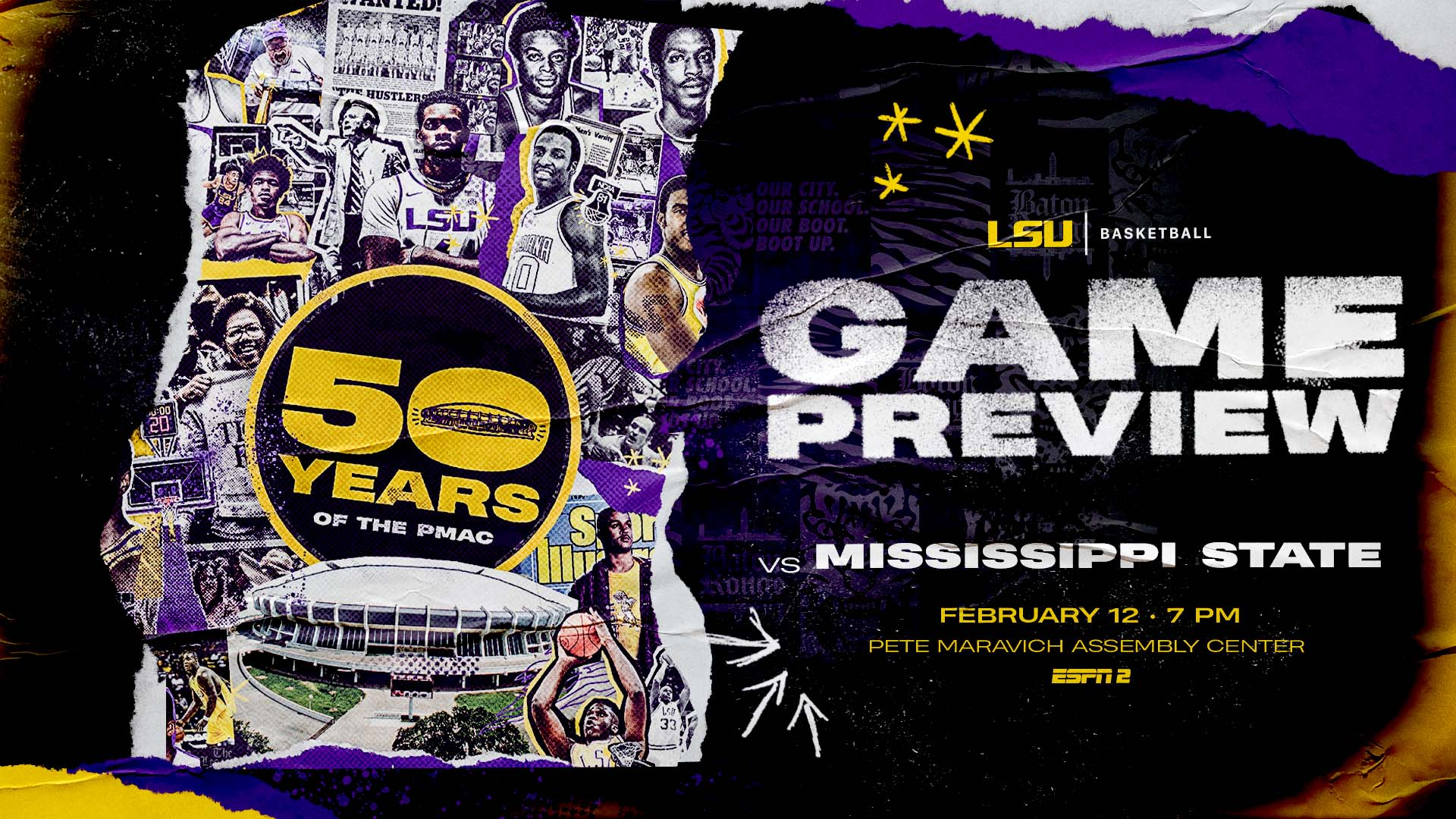 BATON ROUGE – Coming off an important road win at Texas A&M on Tuesday, the LSU men’s basketball team looks to find its mojo at home against Mississippi State in a Saturday night contest at 7 p.m. in the Pete Maravich Assembly Center.

The game will be broadcast on the affiliates of the LSU Sports Radio Network with the Voice of the Tigers Chris Blair and former LSU head basketball coach John Brady on the call (Guaranty Media flagship Eagle 98.1 in Baton Rouge). The telecast will be available on ESPN2 with Paul Sunderland and Daymeon Fishback from their home studios.

The game will also recognize the first 50 years of men’s basketball play in the Pete Maravich Assembly Center with the official announcement of the Greatest Game played in the first 50 years as voted by the fans over the last three months.

Tickets are available online all day Saturday at LSUtix.net and beginning at 6 p.m. on Saturday night at the upper concourse ticket windows. There will be free 50-year PMAC t-shirts for the first 1,000 LSU students, who are admitted free with a valid LSU ID.

The Tigers will look to get back on the winning ways at home after a loss to Ole Miss back on Feb. 1 in their last home game. Mississippi State is looking for its first road win of the season.

LSU against the Aggies returned to its original starting lineup of Xavier Pinson and Brandon Murray at guards, Darius Days and Mwani Wilkinson at forwards and Efton Reid III at center. That lineup is a perfect 15-0 this season.

Pinson made his first major start since his MCL sprain back on Jan. 8 and scored 11 points with two assists against the Aggies. Tari Eason off the bench had his third 20-10 game of the season with 25 points and 12 rebounds. Murray had 14 points and five assists in the game. In the win, LSU built a 20-point halftime lead and allowed just 16 first-half points by the Aggies.

State is paced by Iverson Molinar of Panama City, Panama who is averaging 18.1 points and 4.0 assists per game. He has been in double figures every game this season. Tolu Smith averages 12.4 points a game and Garrison Brooks is also at 11.5 points per game.

This is the first of two straight home games for LSU as they will host Georgia Wednesday at 6 p.m. at the Maravich Center.