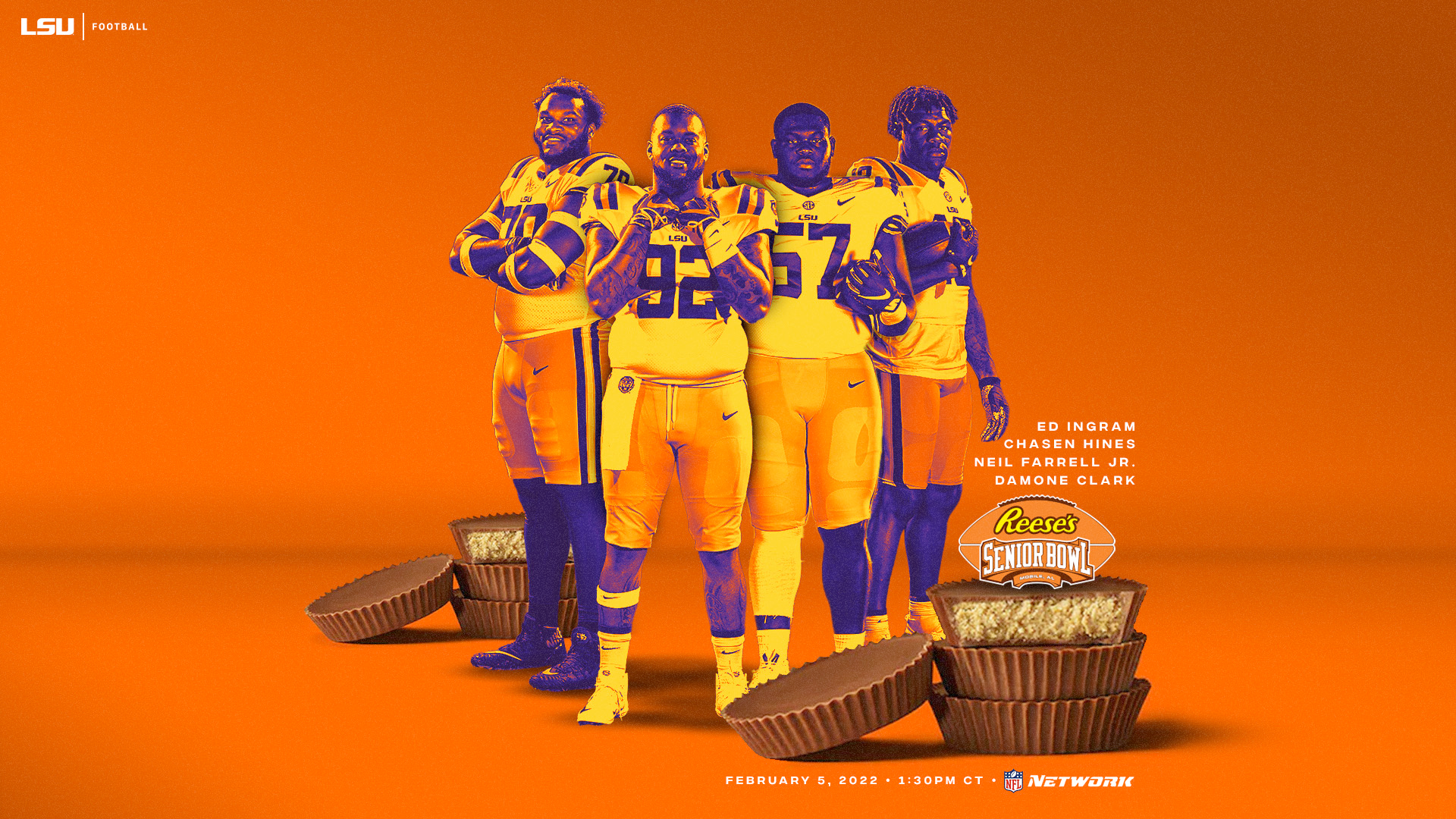 Kickoff is scheduled for 1:30 p.m. from Hancock Whitney Stadium on the campus of South Alabama. The NFL Network will televise the game.

“It’s been a great week,” Clark said on Friday. “I’ve been able to meet a lot of people and practice each day against some of the best players in college football. I’ve learned a lot and it’s been a great experience.”

Clark said he will wear No. 18 in the game on Saturday and that he’s approaching the contest like any other game he played during his LSU days.

“I’m just going to go out there and play my game. I’m going to compete hard on each play, try to make those around me better and do whatever I can to help us win.”

Clark is coming off a breakout season at LSU, one that saw him earn second team All-America honors after leading the SEC in tackles with 135 in 12 games. He added 15.5 tackles for loss, 5.5 sacks and created four turnovers.

Clark’s 135 tackles rank as the fifth-highest total in LSU history and the most for a Tiger since Bradie James set the school record with 154 in 2002. His 15.5 tackles for loss were the most ever for an LSU linebacker and rank No. 9 overall in single-season school history.

Farrell, a native of Mobile, Alabama, had his best season at LSU in 2021, earning All-America honors from Pro Football Focus. He was rated by PFF as one of the two most productive defensive tackles in college football in 2021 with 45 tackles, 9.5 tackles for loss and a pair of sacks.

Hines played in 35 games in his career with the Tigers, starting 17 times at guard. He also served as the backup to All-America center Lloyd Cushenberry III during LSU’s national championship season in 2019.

Three of the four players representing the Tigers in the Senior Bowl are departing LSU with a national championship and their college degree. Clark graduated in December of 2021 with a degree in sports administration. Ingram graduated in May of 2021 with a degree in sports administration, while Farrell, a two-time member of the SEC Academic Honor Roll, received his diploma in interdisciplinary studies in August of 2021.