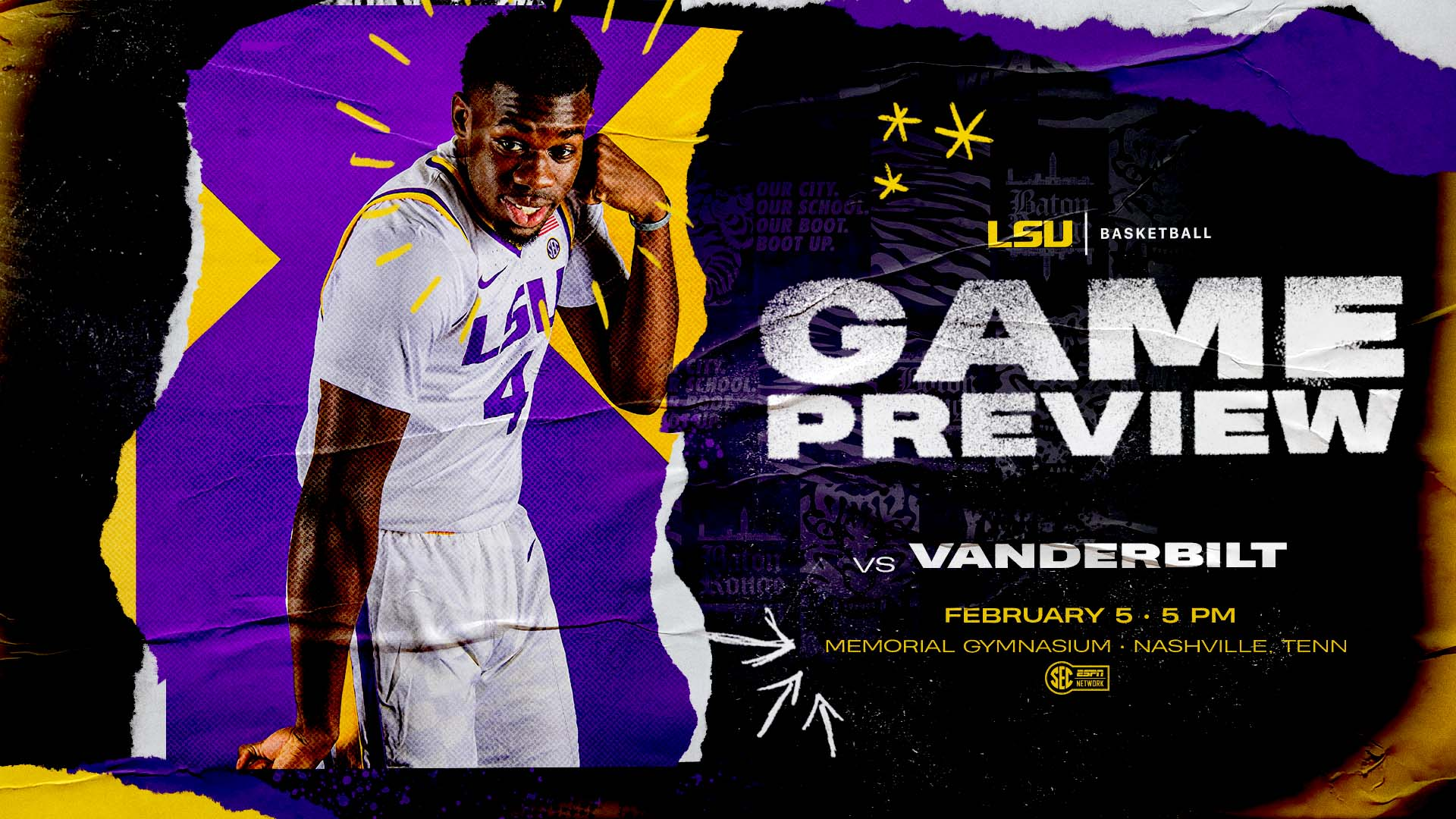 BATON ROUGE – The LSU Tigers look to find the ways back to success when they travel to Nashville on Saturday for a 5 p.m. game with the Vanderbilt Commodores at Memorial Gymnasium.

The game will be broadcast on the affiliates of the LSU Sports Radio Network with the Voice of the Tigers, Chris Blair, and former LSU basketball coach John Brady on the call (Guaranty Media affiliate Eagle 98.1 FM in Baton Rouge is the network flagship). The telecast will be on the SEC Network with Roy Philpott and Mark Wise.

Ironically, the Commodores last win over a ranked opponent was a 99-90 home win over then No. 18 LSU on Feb. 5, 2020. Coach Will Wade is still looking for his first win as LSU coach at Memorial Gymnasium, one of two venues in the league (along with Auburn), that the Tigers have yet to win at in his tenure.

LSU defeated Vanderbilt in Baton Rouge a year ago, 83-68.

Scotty Pippen, Jr., leads the Commodores and is coming off a season-high 33-point performance against Kentucky on Wednesday. Pippen, Jr., did not play in the game in Baton Rouge against the Tigers a year ago. He is averaging 19.3 points a game.

Jordan Wright is the team’s other double figure scorer overall at 12.3 points a game.

LSU and the word injury seem to be a common denominator especially with Xavier Pinson and his MCL sprain and bone bruise that kept him out for several games and limited his playing time for the last two games once he returned. After Will Wade Unfiltered and his visit with media members on Thursday, Pinson’s status on Saturday will be determined after practice on Friday and Saturday morning.

Other players have been having to play through minor injury issues in the last few games, but one player who made a good comeback after missing the Texas A&M with a bad ankle is senior Darius Days.

Days is averaging 13.5 points per game and 7.8 rebounds per game.

Tari Eason, who was named Thursday one of the 10 finalists for the Karl Malone Award, leads the team in scoring at 15.9 points a game. Brandon Murray and Eric Gaines are both at 10.1 points a game. Gaines in the last three games has averaged over 30 minutes a game, scored 46 points with 12 rebounds, 12 assists and 11 steals with just five turnovers.

LSU will next travel to Texas A&M on Tuesday for a 6 p.m. game before returning home to face Mississippi State on Saturday, Feb. 12. Tickets for that game are available at LSUTix.net.