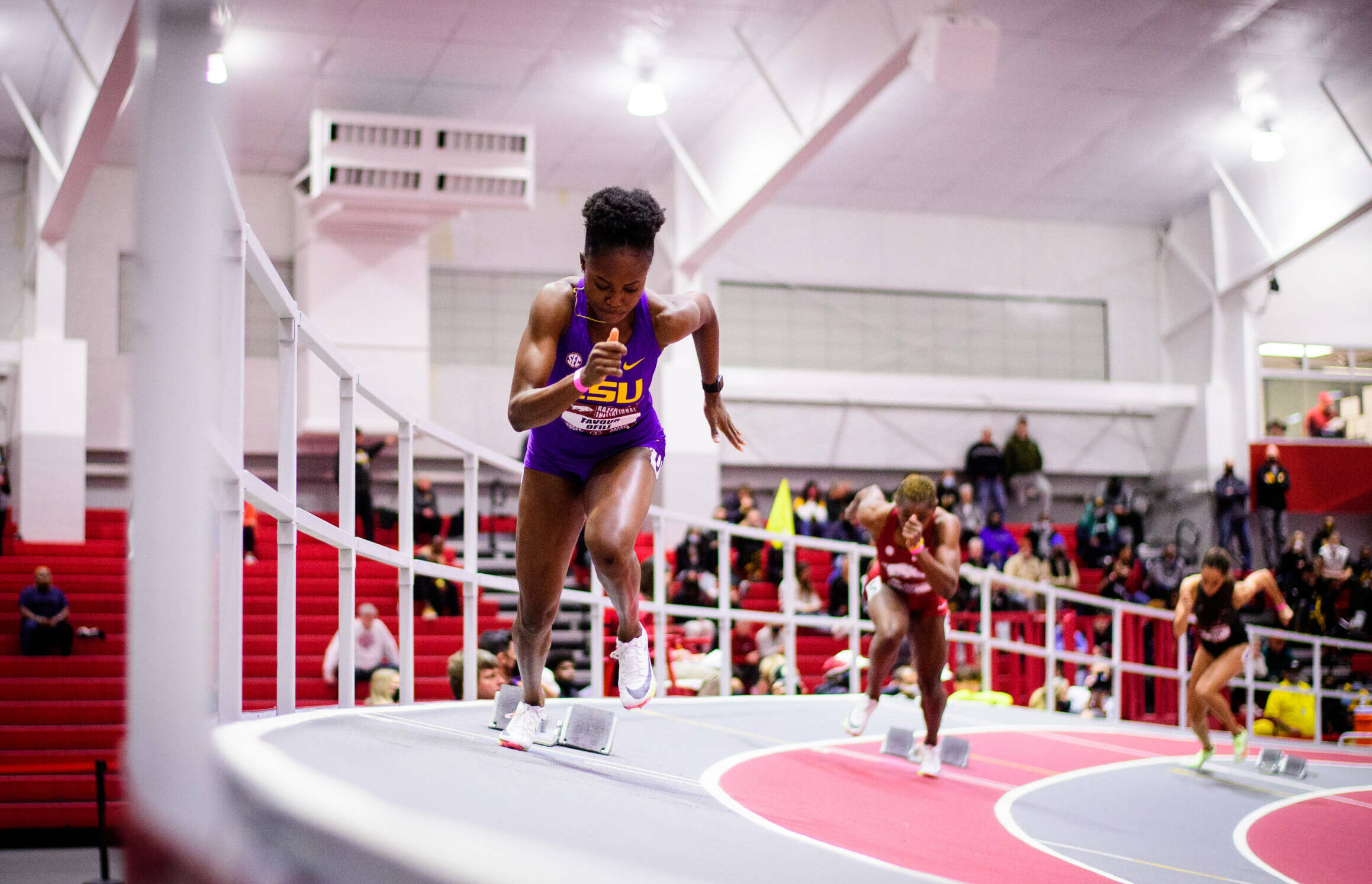 Baton Rouge, La. – The LSU women’s track and field team moved up into the No. 5 spot in the U.S. Track & Field and Cross Country Coaches Association Ratings Index that were released Monday afternoon.

The Tigers had six top-10 national performances at last weekend’s Razorback Invitational headlined by Alia Armstrong’s performance in the 60 meter hurdles. She ran a personal best of 7.86 seconds in the event to rank tied atop the national standings in the event. It matched the LSU school record and is tied for the third fastest in NCAA history.

Favour Ofili entered his second top 10 national mark of the season with a blazing 22.80 in the 200 meter dash to win the event. The time of 22.80 ranks No. 3 in the NCAA, and her personal best of 7.25 seconds in the 60 meter dash from the Purple Tiger Invitational on January 14 ranks 10th nationally.

The high jumping duo of Abigail O’Donoghue and Nyagoa Bayak both notched season bests in the event to move into the national top 10. O’Donoghue’s clearance of 6’ 1.25” (1.86 meters), which won her her first event title of 2022, ranks third nationally. Bayak’s clearance of 6’ (1.83 meters) moved her into the No. 8 slot nationally.

The final LSU event that is ranked in the top 10 nationally is the 4×400 meter relay of Garriel White, Amber Anning, Michaela Rose, and Favour Ofili. The foursome teamed up to clock a time of 3:34.40 to rank No. 7 in the nation.