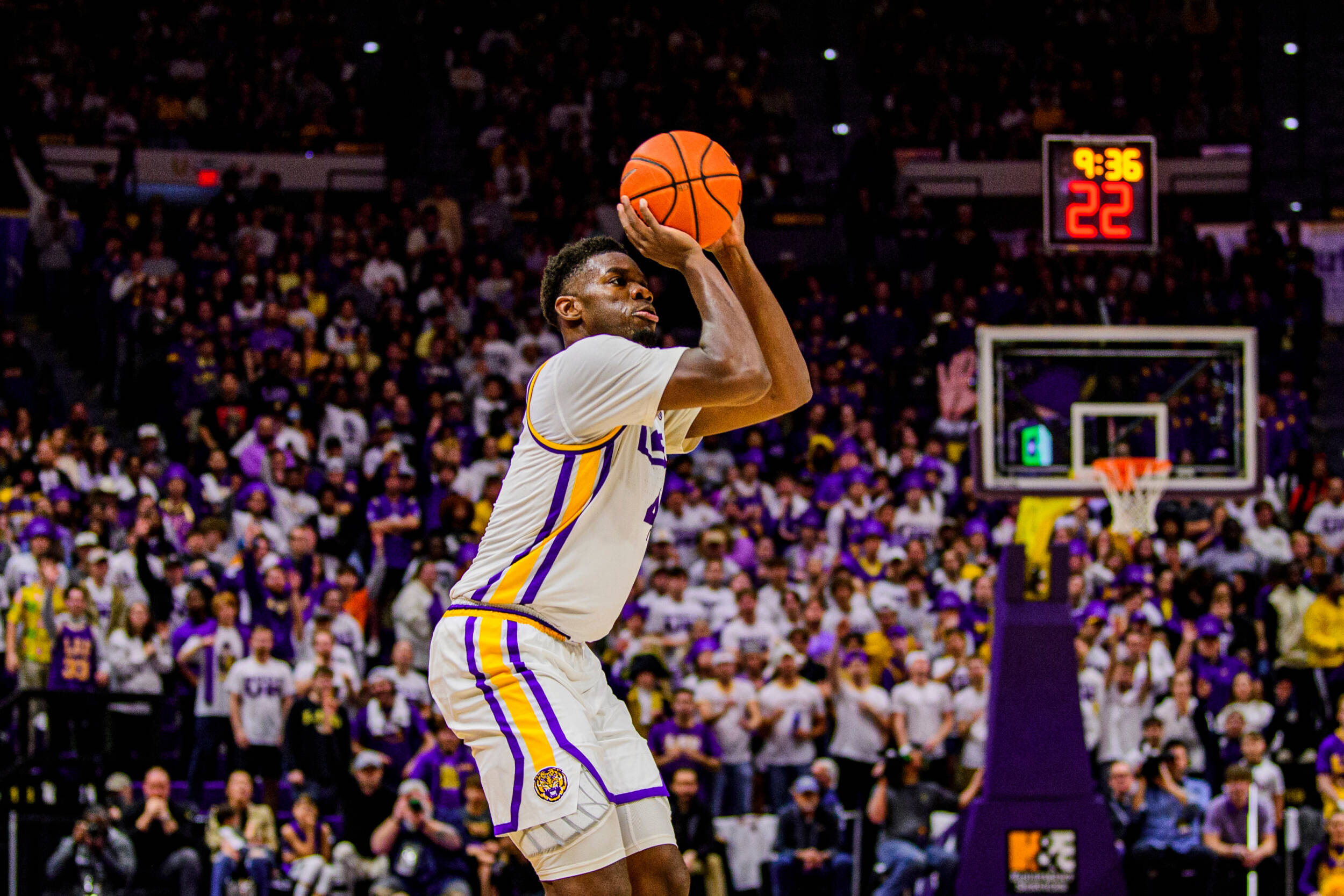 FORT WORTH, Texas – The LSU Tigers surrendered the final seven points of the first half and was never able to get back even as the TCU Horned Frogs scored a 77-68 win over the Tigers Saturday at the Schollmeier Arena in the Big/12 SEC Challenge’s opening game.

In a first half that featured five ties and nine lead changes, LSU trailed by just two, 31-29, off a Mwani Wilkinson three-pointer with 2:18 to go in the opening 20 minutes. But TCU was able to get baskets and free throws off LSU to go to the break, up 38-29.

In the second half, after hitting one team three-pointer in the first half’s, TCU’s Charles O’Bannon hit back-to-back-to-back three-pointers and pushed the TCU lead to 14 points, 50-36, with 15:25 to go in the game.

LSU, with its large portion of the crowd cheering it on, made a concerted effort to get back in the game, running off 10 straight points and in all a 15-2 run to cut the TCU lead to just three, 52-49, with still 11:22 to go.

TCU hit another three-pointer, this time by Francisco Farabella, to take the lead back to six, 55-49, but Eric Gaines and Brandon Murray hit jumpers to get the Tigers as close as they had been, down just one, 55-54, with 9:36 remaining.

But the Horned Frogs had every answer for LSU’s run and the Tigers could not get enough stops to get even in the game.

Tari Eason led LSU with 16 points on 7-of-12 shooting with three steals while Darius Days had his fourth double-double of the season with 14 points and 12 rebounds. Days played 32 minutes in his first game back after missing the Texas A&M game on Wednesday because of an injured ankle.

Both O’Bannon and Mike Miles had 19 each to lead TCU, while Damion Baugh had 14. Miles also had six assists.

Xavier Pinson made his long-awaited return after being out five games with an MCL strain and bone bruise, playing seven minutes and scoring two points.

LSU had one of its low turnover games of the year in the loss, losing it only nine times. LSU had 15 assists on 24 made buckets.

The Tigers must return home quickly and prepare as the Tigers host Ole Miss Tuesday night at the Pete Maravich Assembly Center with game time at 8 p.m. Tickets are available at the LSU Athletics Ticket Office or at LSUTix.net.