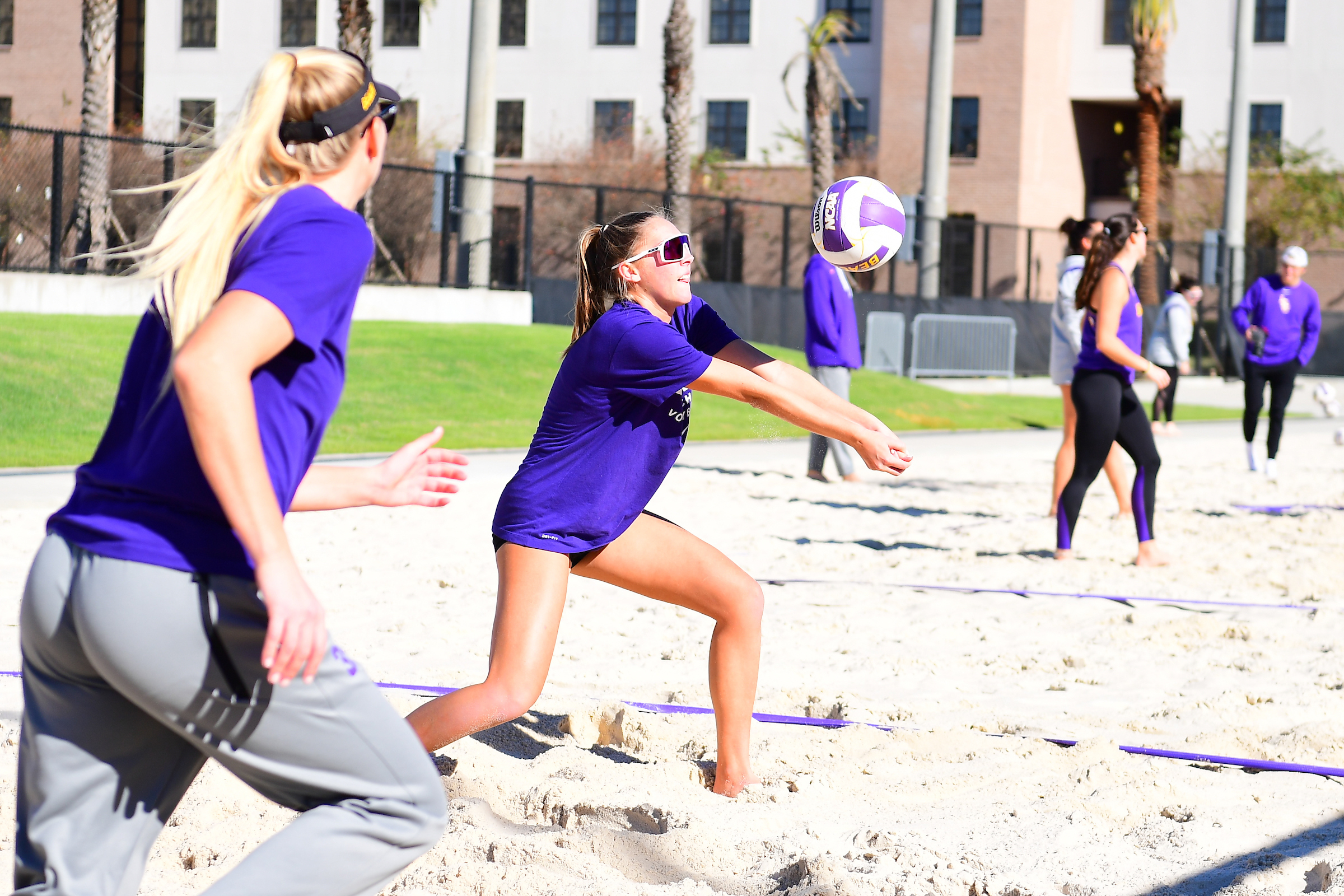 “We have always relied on our ability to control the ball,” said Head Coach Russell Brock. “This week we’re doing a lot of ball control, a lot of first touch and passing, our ability to hit shots when and where we want. Just working on fine tuning, getting in a good rhythm with our passing and setting and shot making and then every day we’ve got to compete.”

The Tigers will look for new faces to step up this season after losing a significant portion of last year’s lineup. Kelli Greene-Agnew and Ashlyn Rasnick-Pope, both defenders, will be back and LSU will look to them for leadership.

“The energy was high because there’s lots to prove,” Brock said. “We only really have two people from last year’s lineup that are back and there’s tons of people that know there’s opportunity. Not very many of them have had a chance to really play in the lineup and there’s a real chance this year. They’ve been training for years, a lot of them.”

The additions of Bella Bauman, Holly Carlton and Kylie Deberg will give the Tigers significant size at the blocker position. Bauman was a standout beach player at Grand Canyon and Holly Carlton was an All-American indoor player at Florida who also has experience in the sand. They both trained with the Tigers throughout the fall. Deberg was an indoor All-American at Missouri and played indoor at LSU during the fall, earning AVCA All-Region honors. Hannah Brister could also see the sand. She originally came to LSU from Northwestern State to play beach, but hopped on an opportunity to play indoor at LSU where she had success over the past two seasons.

Reilly Allred and Ellie Shank showed the ability to have success when they did see action last season. Both are quick and athletic defenders who will likely see expanded roles this season. Blockers Lara Boos and Grace Seits also came through for the Tigers last season as well when they got into the lineup.

Allison Coens did not see much time in the lineup last season, but as a redshirt junior she does have significant experience in the lineup with a 26-10 career record. Sierra Caffo, Melia Lindner, Liz Masters and Alexis Toney and are three other players who have been at LSU multiple years but have not yet seen much time in the lineup. Brooke Blutreich and Amber Haynes will both be sophomores looking to push for playing time.

The freshmen additions of Parker Bracken, Cassidy Chambers, Ella Larkin and Madison Myers will have the opportunity to compete for playing time with lineup spots open to fill.