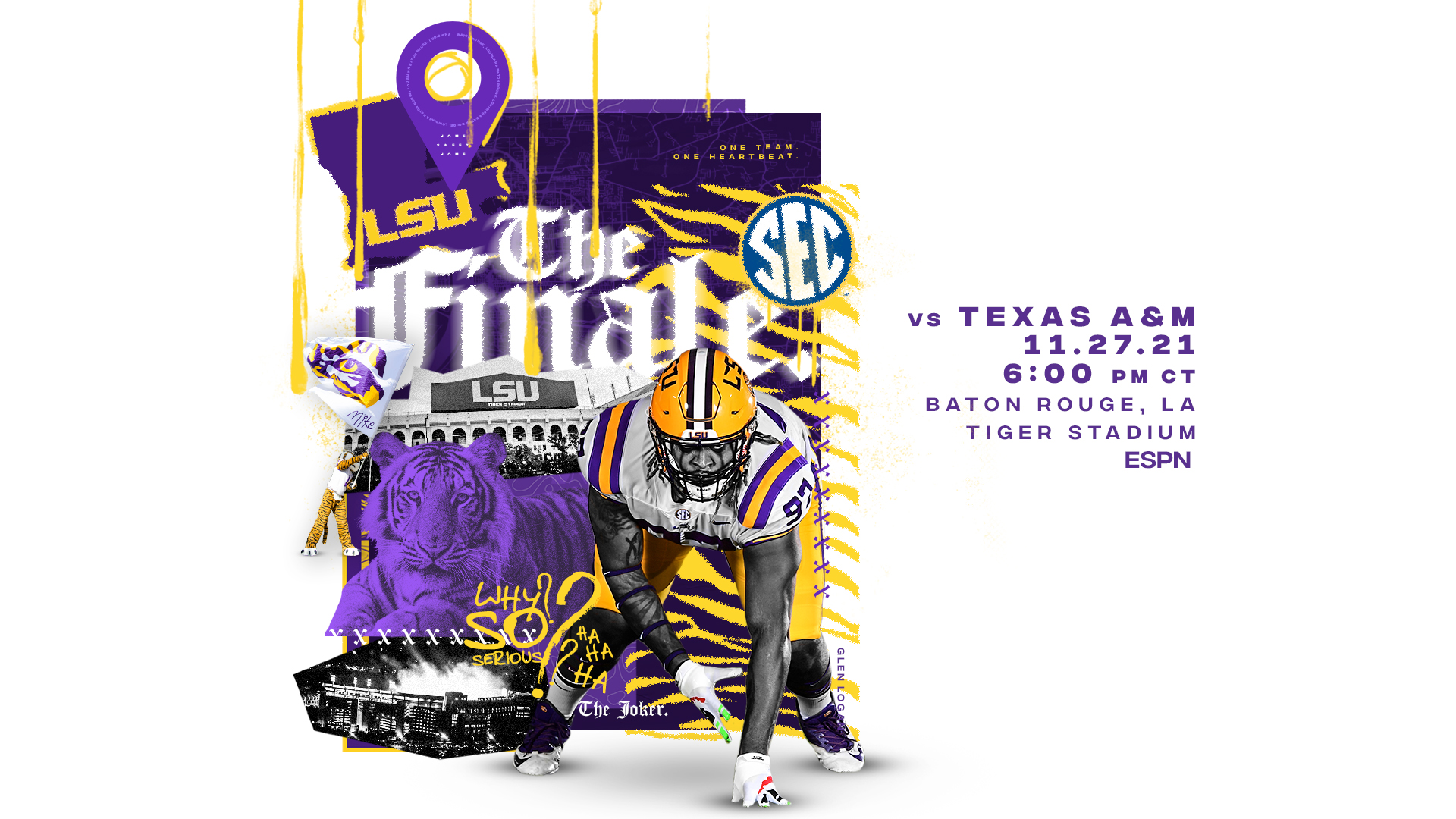 LSU (5-6) and Texas A&M (8-3) will square off in the regular season finale on Saturday Night in Death Valley.

A win away from becoming bowl eligible, it will also be Senior Night for 19 Tigers with hopes to be sent out the right way with a win. In fact, some history is set to be made, as senior offensive lineman Austin Deculus is on track to play his 60th game in an LSU uniform — the most games played in program history.

“He’s a very hard worker,” said head coach Ed Orgeron of Deculus. “He’s a great player. He’s been there for me. Think about all the great Tigers that have played and he’s played more than any of them. That shows you how tough he is, he was raised right and has great character.”

Some LSU greats will be back home on Saturday night! pic.twitter.com/ECP6dOrX52

Freshman receiver Malik Nabers showed how bright the future is at receiver on Saturday against UL-Monroe, posting four receptions for 143 yards and a touchdown. Fellow freshmen Brian Thomas and Jack Bech did, too. Thomas recorded four catches for 61 yards and a touchdown, while Bech had five catches for 46 yards. Quarterback Max Johnson posted a solid outing going 22-of-33 for 319 yards and two touchdowns.

Glen Logan returned for his sixth season in purple and gold. Saturday marks his final time in the uniform, something he hasn’t quite wrapped his mind around yet. He’s eager to play Texas A&M, but he’s not sure what his emotions will be like when he runs out of that tunnel for one final time.

“It’s a bittersweet moment,” said Logan. “I’m ready for the next step, but I’m leaving this behind. I’ve been here for so long, I don’t really know how to channel my emotions about it.”

Glenn Dorsey, the most decorated defensive player in LSU history, will be honored on Saturday during the LSU vs. Texas A&M football game for his induction into the College Football Hall of Fame.

The Aggies are led by quarterback Zach Calzada, who has accounted for 1,943 yards and 14 touchdowns so far this season. Running back Isaiah Spiller has rushed for 984 yards and six touchdowns. Jalen Wydermyer has recorded 491 yards receiving and four touchdowns.

“One of the things that stands out is out well their running backs and offensive linemen are coached,” said Orgeron. “It’s going to be a battle in the trenches.”

Senior linebacker Damone Clark has cemented his legacy with his best year yet. A Butkus Award finalist, he isn’t focused on the individual accolades right now. He isn’t even focused on the emotions of playing his last game in Tiger Stadium. There’s a job to do, and once it’s finished, then he can think back.

“It feels like I was just a freshmen running through hitting the win bar,” Clark said. “It going to be an emotional one, but I know the standard that I have to live up to. We still have a game to play. You have to put all of that to the side because we’re still going in with a common goal to win.”