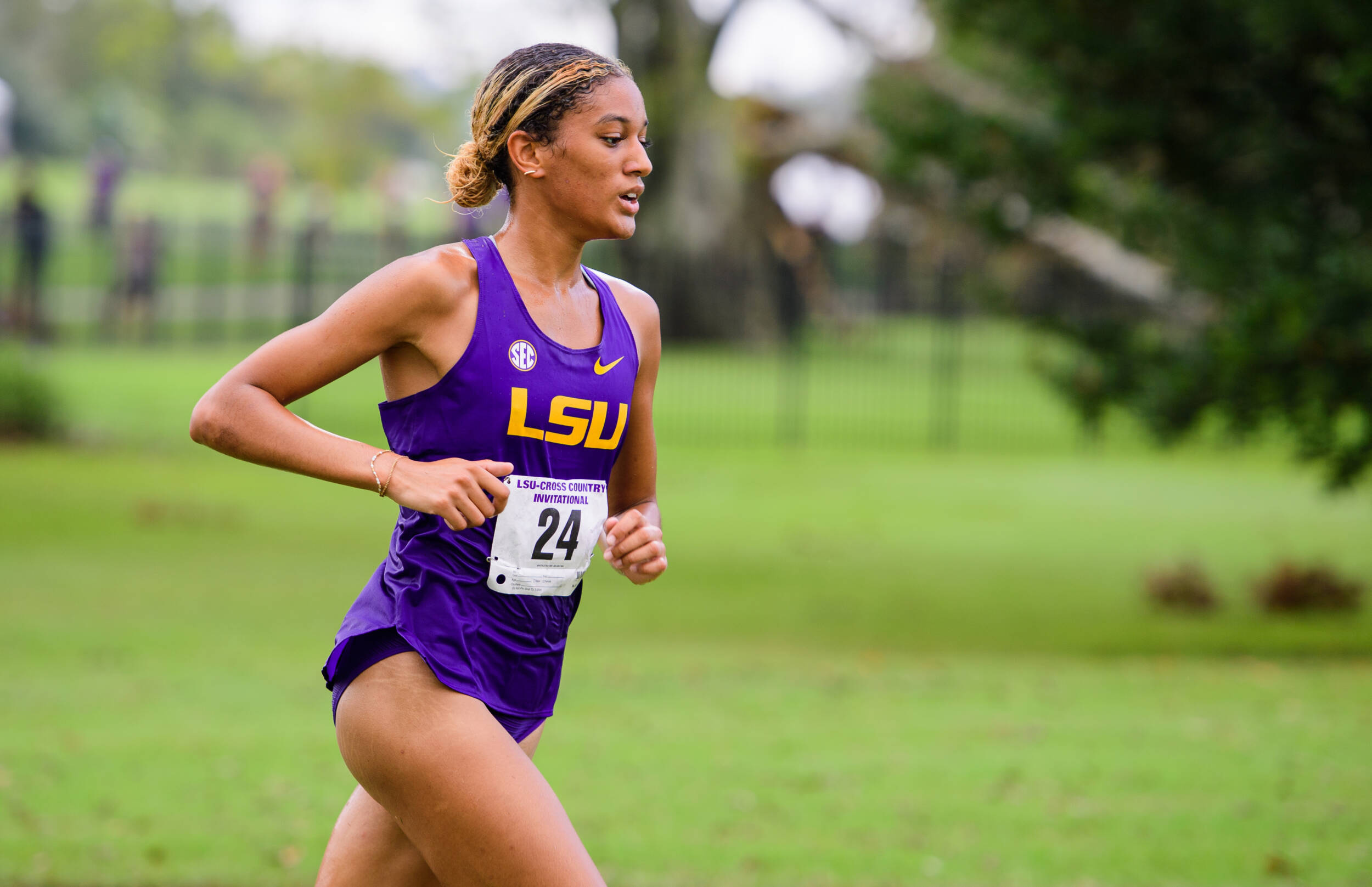 Baton Rouge, La. – LSU senior Katy-Ann McDonald will travel to Tallahassee, Fla., where she will represent the Tigers in the NCAA Cross Country Championships on Saturday. McDonald will compete in the Women’s 6k championship race at 9:20 a.m. CDT at the Apalachee Regional Park. The race will be televised on ESPNU and can be live streamed through the ESPN app.

McDonald has finished every race she participated in this season as the Tigers’ top runner. McDonald’s season began with a bang after winning the women’s 5k race individual title, the second of her cross country career, at the LSU Invitational. McDonald followed that performance with a silver place finish in the 5k event at the Chile Pepper XC Festival where she set a personal best 5k time of 16:50.5. McDonald began postseason action with a 20th place finish at the SEC Championships. Lastly, McDonald finished sixth in the 6k run at the NCAA South Central Regional meet, which earned her a spot in Saturday’s championship race.

“Katy-Ann has had a great season and we are looking forward to her competing at Nationals,” said LSU cross country head coach Houston Franks. “This race is not exactly like any other in that you have around 250 people that are all so evenly matched.  It starts extremely crowded and stays congested almost the entire way.

“The keys to success for Katy-Ann is to get a good start and make smart tactical moves when the opportunity presents itself.  I know she is ready for this type of race, and it is a course she’s familiar with. It will be a fun weekend and a great way to end the fall season.”

McDonald’s performance at the NCAA South Central Regional meet matched the best individual finish at the meet since Charlotte Mayock in 1996. Moreover, McDonald’s qualification for the NCAA Championships makes her the second runner in program history to compete in the event. McDonald will look to make more history at Saturday’s race by besting Mayock’s 62nd place finish at the NCAA Championships in 1996.

For an in depth look into McDonald outside of competition, check out this feature on  lsusports.net.