Preview: Tigers Host No. 25 Arkansas in Battle for the Boot 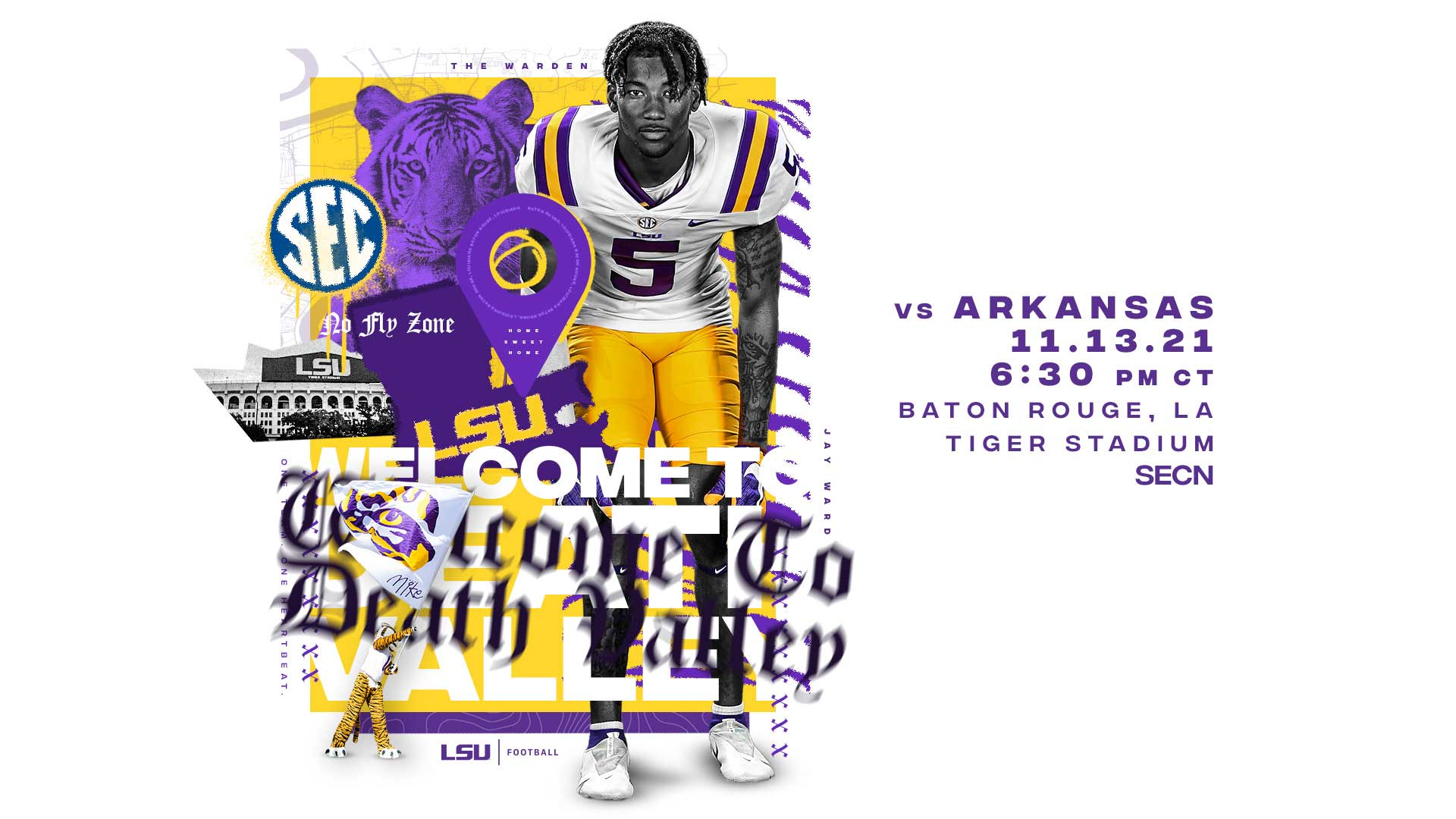 After nearly a month away from home, LSU (4-5) returns to Tiger Stadium on Saturday night to host No. 25 Arkansas (6-3) in the annual Battle for the Golden Boot.

Kickoff is set for 6:39 p.m. CT on the SEC Network and the LSU Sports Radio Network.

The Tigers posted a valiant effort in their last contest with No. 3 Alabama, falling 20-14, after a last-second pass from quarterback Max Johnson to Brian Thomas Jr. was broken up in the end zone as time expired.

Ready for a perfect day in Baton Rouge pic.twitter.com/TcZDWHG1oD

Running back Tyrion Davis-Price led LSU with 23 carries for 104 yards, including a 37-yard run in the fourth quarter. Jack Bech and Thomas Jr. both caught touchdown passes for the Tigers. LSU will look to find a more steady pace on offense this week.

Freshman quarterback Garrett Nussmeier is expected to earn “significant snaps” against the Hogs in some capacity, according to LSU Head Coach Ed Orgeron.

The Razorbacks are led by sophomore quarterback KJ Jefferson, who’s totaled 1,848 yards and 16 touchdowns this season. Receiver Treylon Burks is one of the top wideouts in the nation, currently holding 799 yards and eight touchdowns on 48 receptions. Running back Trelon Smith is averaging 5.0 yards per carry and has 476 yards and four touchdowns on 95 carries in 2021.

The defense posted their best performance of the season last Saturday, holding the Crimson Tide to just 6 rushing yards, tied for the fewest rushing yards in Alabama football history (1990 vs. Penn State).

Damone Clark led the Tigers again in tackles with eight, also recording a sack and a pass breakup. The unit hopes it’s an effort that can springboard them into finishing strong over the next three regular season contests.

Senior tackle Neil Farrell continued his impressive campaign in Tuscaloosa with seven tackles, five pressures and a sack. A native of Mobile, Alabama, Farrell had a handful of family members in attendance, and pointed up to their section after recording a sack in his home state.

We're back in Tiger Stadium on Saturday Night pic.twitter.com/scz7uU73UO

“Really proud of our defense,” Orgeron said. “To hold them 26 points below their season average, first time in 34 games they didn’t score 30 points. Dominated the run. You have to give the credit to our players, our defensive coaches. It shows that we are physically tough here at LSU.”

Orgeron said on Thursday he expects junior safety Cordale Flott to be ready to go on Saturday. Flott has 31 tackles, an interception and a forced fumble on the year.

“This is going to be a physical football game,” Orgeron said. “They have a physical team, but I’m excited to be home in Death Valley on Saturday night.”

The Last Word with Coach O

Inside the Huddle: Damone Clark