Men's Basketball Back to Action Friday Against Texas State, 7 p.m. 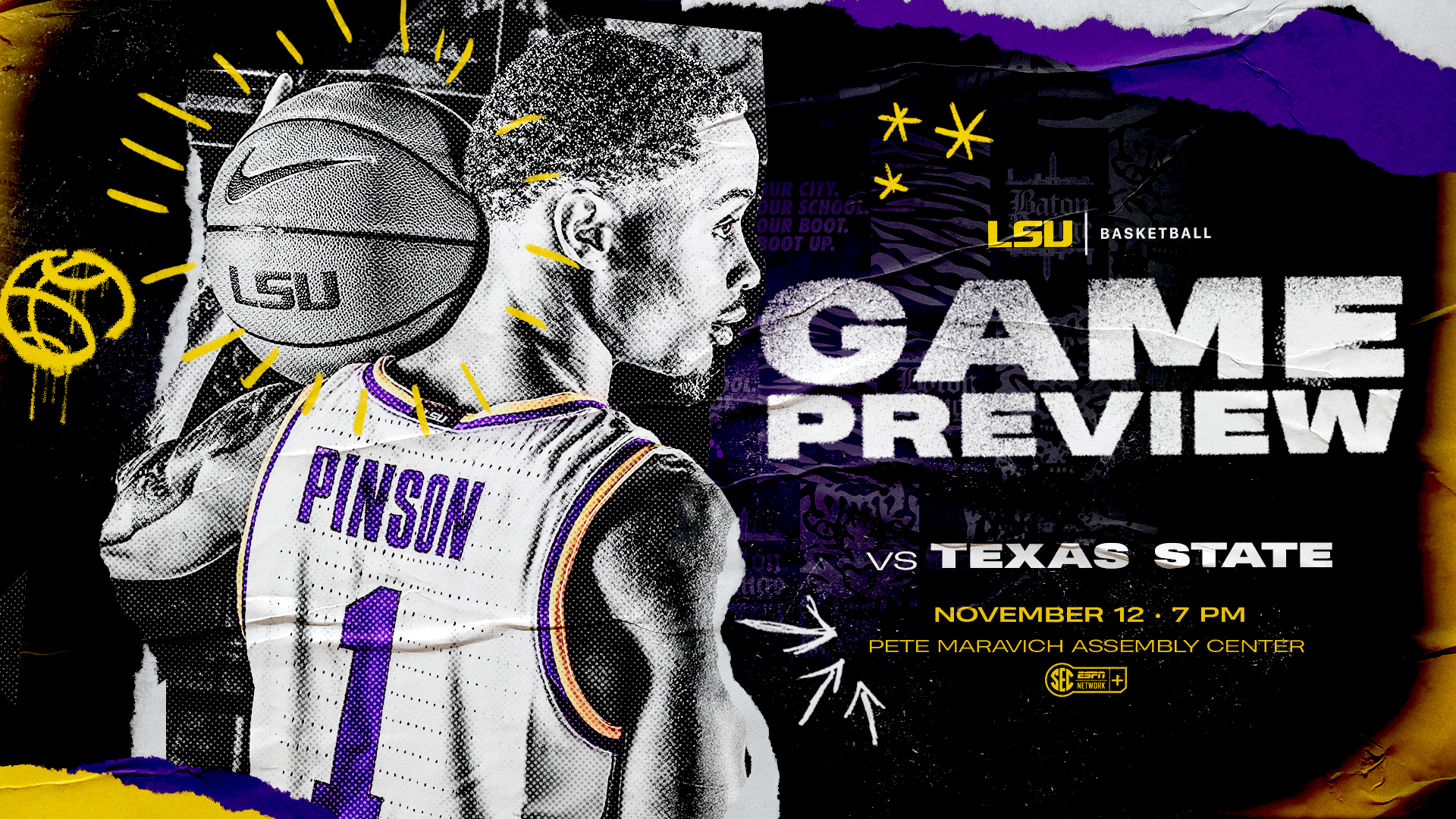 BATON ROUGE – After game one, there must be a game two.

Friday night at just after 7 p.m. CT, the LSU men’s basketball team will try to carry over the success from Tuesday’s game one to game two when they host Texas State in the Pete Maravich Assembly Center.

The game will be broadcast on the LSU Sports Radio Network and streamed on SEC Network+. The Voice of the Tigers, Chris Blair, and former LSU head coach John Brady will have the call on both radio and streaming video.

Tickets are available all day Friday at LSUtix.net and beginning at 6 p.m. at the upper ticket windows of the Maravich Center.

The Tigers performed well in the opening contest and will look to continue that as the competition steps up in the Bobcats of the Sun Belt Conference. Texas State (1-0 | roster | schedule) won the SBC in 2021 and return four starters and eight players from last year’s team. The Bobcats won on opening night at Incarnate Word, 75-57.

In LSU’s 62-point win over ULM, Darius Days made 8-of-9 treys, as for the second-straight year he had his best scoring game to that point in the opening game of the season. A year ago in St. Louis, he scored 24 against SIU-Edwardsville, and totaled 30 against ULM to start the 2021-22 campaign.

The Tigers also played defense with 14 steals and holding the Warhawks to just 4-of-28 shooting in the second half. ULM scored on just 19-of-71 possessions in the game, compared to 45-of-72 for LSU.

LSU is in the second game of a five-game in 14-day homestand that will continue on Monday when LSU hosts Liberty at 6 p.m. in a game televised on ESPNU.