Notebook: Chemistry and Cohesion High for Tigers Ahead of Opener

Head coach Will Wade, along with seniors Xavier Pinson and Darius Days, hosted the first official press conference of the season on Wednesday ahead of next week's opener against UL-Monroe. 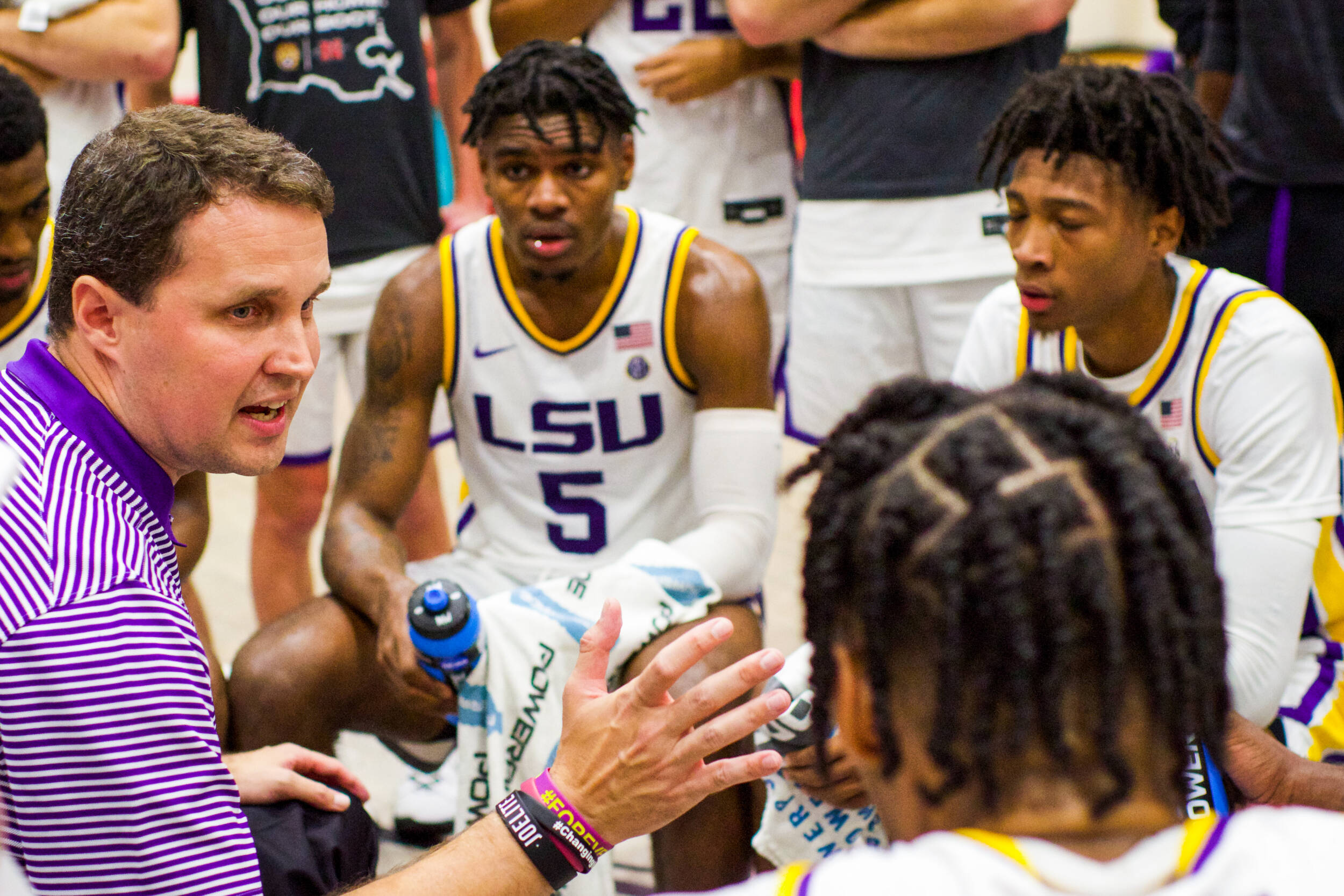 Will Wade had a skip in his step as he took the podium and faced the media in-person for the first time in twenty months.

“Good to be back,” Wade said to a room of reporters.

On Wednesday, Wade, along with seniors Xavier Pinson and Darius Days, hosted the first official press conference of the season ahead of the Nov. 9 opener against UL-Monroe at the Pete Maravich Assembly Center.

Wade likes the team he’s taking into this 2021-22 season for a multitude of reasons. Depth is one of them. Even with the season-ending injury to Adam Miller, the eight-man rotation the Tigers have assembled gives Wade sustained confidence, as guards like Eric Gaines, Pinson and Brandon Murray are capable to step up in his absence.

“I feel comfortable with the eight guys that are going to be in the rotation,” Wade said on Wednesday. “All of them are going to get really good minutes. Now, we’ve just got to go play.”

“Our frontcourt is tremendous,” Wade added. “I think it’s a huge strength of our team. We haven’t been able to say that very often. We have to find away to get all three of them out there on the court together, too. I think one of the big strengths of our team is our versatility.”

Expect LSU to look a little different in 2021-21, Wade says, not just because of some newcomers on the floor. The Tigers are gritter, grimer and playing a more blue collar brand of basketball. That’s something that excites Wade, and it’s a style of play that he’s become accustomed to coaching throughout his career.

Will Wade says @LSUBasketball’s style of play will look different in 2021-22.

Days, a senior leader for the Tigers, couldn’t hold back a smile Wednesday talking about how fast LSU is going to play, making it a point to also mention the strides the team has made on the defensive end, too. He’s excited to showcase both aspects on Tuesday night vs. the Warhawks.

“We play really, really fast,” Days said. “You’re going to see it on Tuesday. I’m excited to show you that we can play defense, too.”

In 2020, it was a proven fact that as Darius Days went, the Tigers did, too. When Days scored in double digits, LSU was nearly unbeatable, but it was the other way around when he didn’t meet that mark.

Days has seen it all during his time in Baton Rouge — from highs, to lows, to everything in between — and he’s got high goals for his final year.

“I want to showcase things I haven’t shown before at LSU,” Days said. “I definitely want to be in the mix for (SEC) Player of the Year. I want to bring the SEC championship back to the 225.”

“He’s been through a lot with us,” Wade added of Days. “He believed in us when there wasn’t a whole lot to believe in. We were selling a hope and a dream — a prayer, really. He’s able to really help us and translate things for the rest of the team.”

One new face that’s garnering a lot of attention is freshman small forward Alex Fudge. The 6-foot-8, 185-pounder from Jacksonville, Florida reminds Wade of Marlon Taylor in a way, as there’s certain plays that only he can make on any given night because of his pure athleticism.

“He’s a tremendous athlete,” Wade said on Fudge. “That will be the first thing that you notice. He’s going to continue to grow. He’s going to be a phenomenal player. He makes plays around the rim, he keeps plays alive, he never looks overmatched.”

He understands it takes more than one guy to win, and he’s set the tone with his work ethic. That’s what you want out of your point guard.

“He’s got a calming influence to him,” Wade said of Pinson. “He’s been though it, he’s a great teammate. He’s got a great way about him. Our team loves him. In a short amount of time, we’ve built a certain amount of trust. You feel like he’s in control when he’s out there.”

In his short stint on campus, Pinson has relished Wade’s attention to detail. He even handed out quite the compliment on Wednesday for his new coach.

That’s some high praise from a guy who’s been around the block. Pinson might be a newcomer in Baton Rouge, but he’s a veteran in the SEC.

As the anticipation grows, so does the excitement surrounding this LSU basketball team. The PMAC is back — with no restrictions — and the Tigers are ready to play somebody other than themselves.

Rule No. 1: Always be prepared to Boot Up.

You have six days, so plan accordingly.