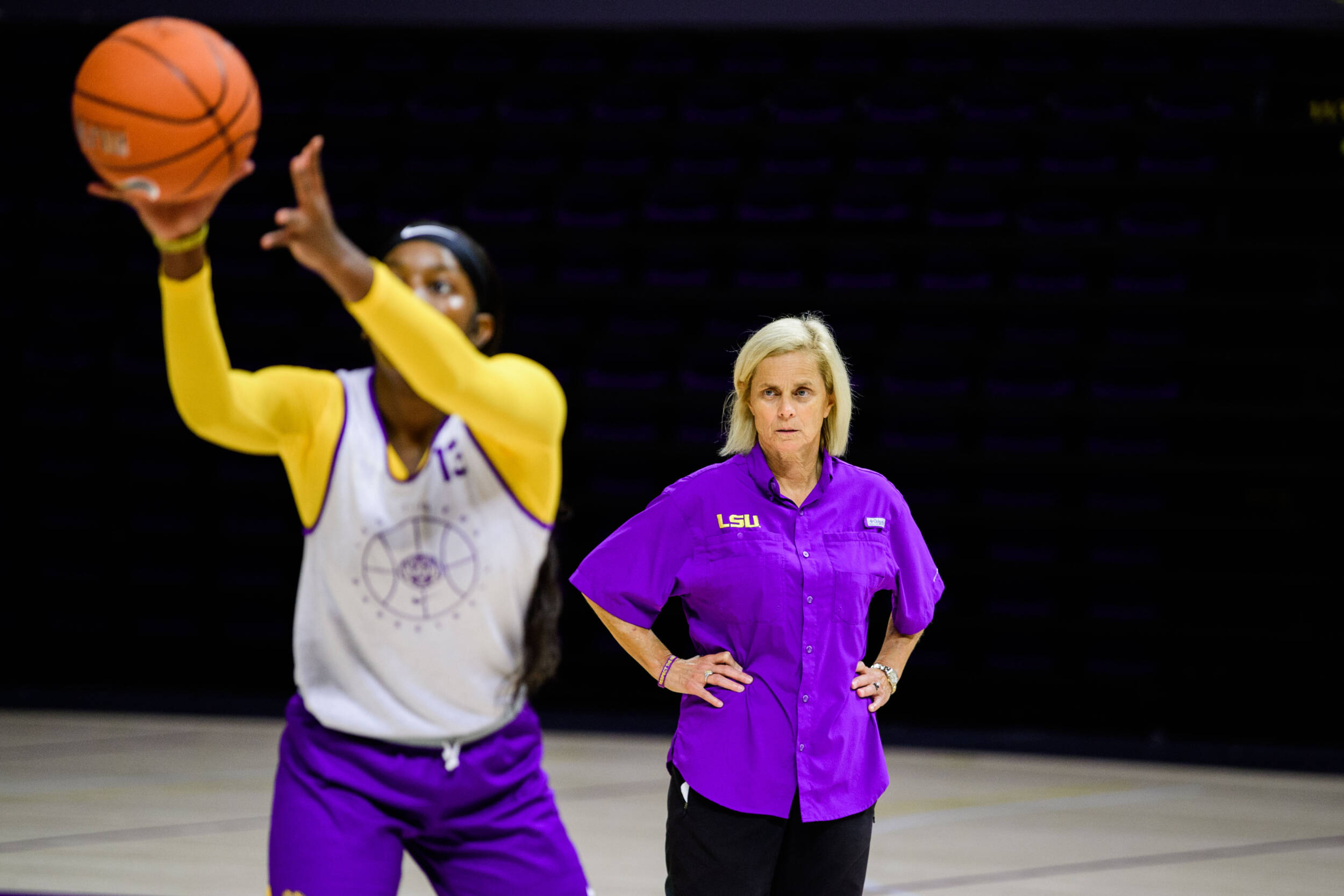 “This is the first official practice,” Coach Mulkey said. “I have been on the floor with them six times, two hours each time. I think it’s too early to give my assessment of returning players and new players, but I can tell you during those six practices that we had, I saw young people that wanted to do good. They wanted to impress me. They played hard.”

The Tigers will open their season on November 9 at 11 a.m. when they host Nicholls. Season tickets are still available. Fans are also encouraged to join the Fast Break Club, the official booster club of LSU Women’s Basketball, to support the Tigers on and off the court.

After being introduced as LSU’s coach in April, Coach Mulkey has led her first team practice with a team that features nine players back from last year’s squad and six first-year players. Guard Khayla Pointer returns as a team leader who was named All-SEC and to the SEC All-Defensive Team last season. Among the additions, center Hannah Gusters followed Coach Mulkey from Baylor after a successful freshman campaign where she had six double-figure scoring games. Amani Bartlett, who had a 93-scout grade from ESPN HoopGurls, signed with the Tigers following Coach Mulkey’s hiring. Autumn Newby is also in her first year with the program as a grad transfer who has experience competing in the SEC having played at Vanderbilt.

“To have them come to practice speaks volumes” Coach Mulkey explained, “The history at LSU in women’s basketball speaks for itself.”

Wednesday’s practice placed a heavy emphasis on defensive rotations, crashing the defensive glass, getting out on the fast break and transitioning into a half-court offense. The practice concluded with the Tigers matching up in halfcourt five-on-five. LSU will practice 29 more times leading up to its season opener against Nicholls.