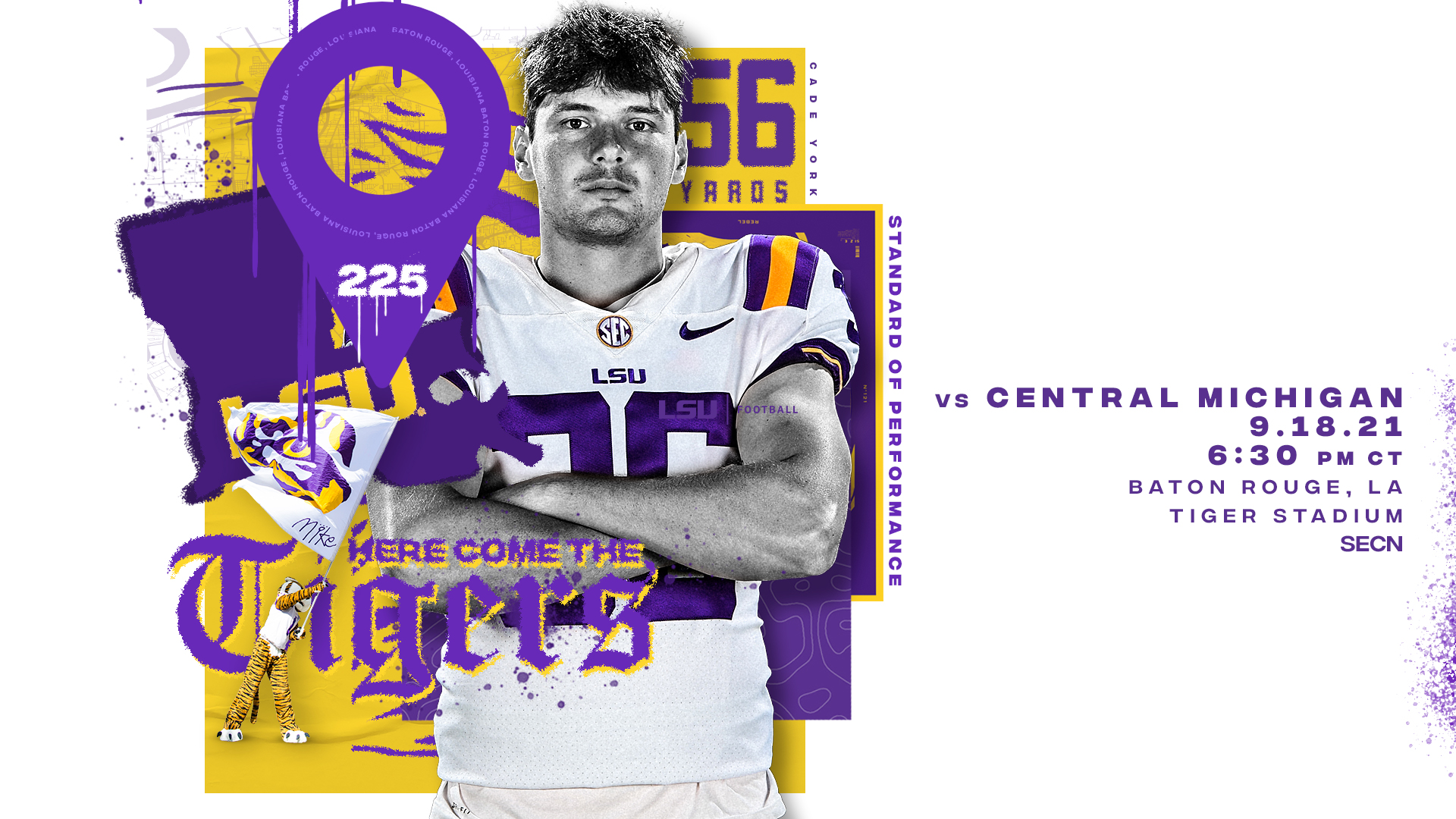 After securing a win in their home opener, LSU (1-1) looks to keep the momentum at home against Central Michigan (1-1) for another Saturday Night in Death Valley.

Kickoff is set for 6:39 p.m. on the SEC Network and the LSU Sports Radio Network.

It will be a test for the Tigers’ defensive front, who hopes to build on last weeks performance against McNeese, tallying 16 tackles for loss, eight sacks and one turnover forced as a group. Freshman Maason Smith and senior Andre Anthony led the charge rushing the passer, and they’ll be needed again.

Through two weeks, the Chippewas are averaging 34 points per game — 242 yards rushing — on offense. Freshman running back Lew Nicholls III posted 135 yards and a touchdown vs. Missouri in week one, followed by 75 yards and a score in week two vs. Robert Morris.

Orgeron was especially pleased with the effort this week at practice, and expects it to carry over into the game on Saturday night. There’s a sense of urgency to fix mistakes, he says, and that was proven all week with five spirited practices heading into Saturday’s contest.

“They know the things that they have to fix,” Orgeron said. “There’s a sense of urgency. I think this week you’ll see a big improvement.”

Improvement has been a key word all week. Offensively, LSU has been focused on going more up-tempo, Orgeron says, something the fans should expect to see in spots on Saturday, and more as the year progresses. In the passing game, quarterback Max Johnson has found success finding sophomore Kayshon Boutte, who leads the FBS in touchdowns with five, and freshman Jack Bech — two players the coaching staff would like to see get more touches.

“I don’t really focus on touchdowns,” Boutte said. “I just play, and it naturally comes. Part of being successful in the red zone is practicing throughout the week, and it’s really paying off.”

The Tigers expect to get healthier on Saturday, too. Orgeron said Thursday that the offensive line will get a boost with the return of right tackle Austin Deculus and right guard Chasen Hines, something that should help the LSU running game continue to make strides. Freshman running back Corey Kiner proved to be a dependable back in his LSU debut, rushing for 56 yards and a touchdown against McNeese.

Fans can get into Tiger Stadium quicker by verifying their COVID vaccine card or negative PCR test at one of the Fast Pass stations on game day. Getting screened will allow you to access our COVID Fast Pass express lines.

For more information, check out LSUsports.net/covid19.