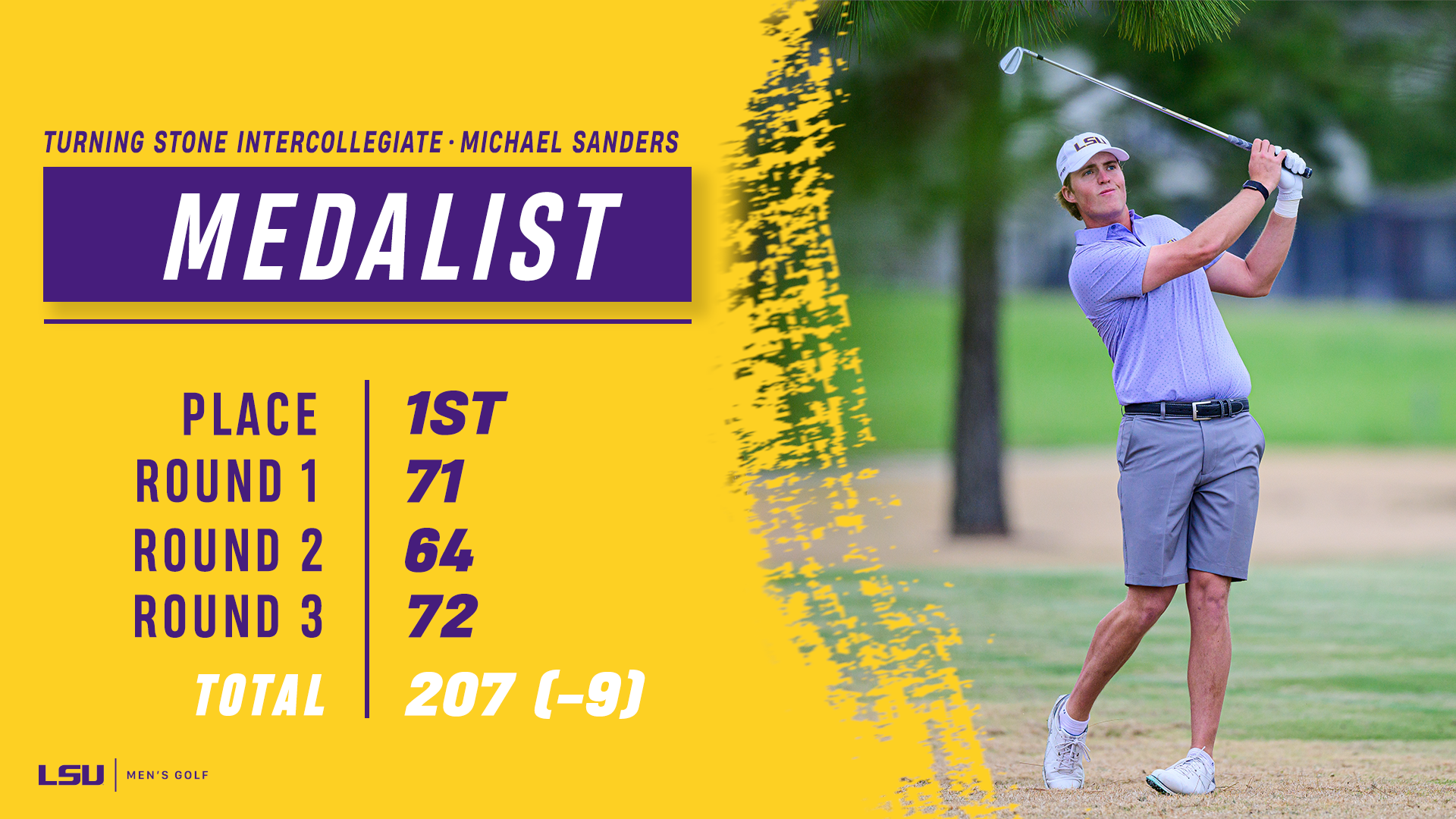 Verona, New York – Senior Michael Sanders shared medalist honors for the first collegiate title of his career with a 9-under 207 at the Turning Stone Collegiate on Monday.

Sanders carded a 9-under 207 (71-64-72) with 15 birdies, one eagle, and 31 pars for the tournament. He shot the lowest round of his career in round two of the tournament where he carded an 8-under 64 with a career high nine birdies. This was also the sixth lowest round in LSU history. Sanders shared the title with Jack Parker of Missouri.

“It was a solid week this week for our team,” said head coach Chuck Winstead. “We saw that we have the ability when things are going well to shoot a low score. We had the experience of being in contention to win the golf tournament. And while we fell short today, if used the right way, it can be a good experience for this team as we grow throughout the year.”

The Tigers carded a 7-over 295 in the third round that moved them from first to second place and had five players finish in the top-15. Garrett Barber finished tied for fifth after shooting a 2-over 74 on the day and finished the tournament at 5-under 211 (71-66-74). Nicholas Arcement, playing as an individual, earned the first top-10 finish of his career with a three round total of 2-under 214 with rounds of 69, 72, and 73.

Freshman Cohen Trolio rose three places to finish T14 after shooting even par in the third round; he registered the first eagle of his collegiate career on the last hole of the tournament; Trolio finished at even par 216. Connor Gaunt fell to T11 and shot a 5-over 77 in the third round; his final three round tally was 1-under 215. Trey Winstead finished T55 at 16-over 232.

The Tigers will travel to Squire Creek GC in Ruston, La. for the Jim Rivers Intercollegiate. The tournament will be held Sept. 12-14 and live scoring will be available on Golfstat.