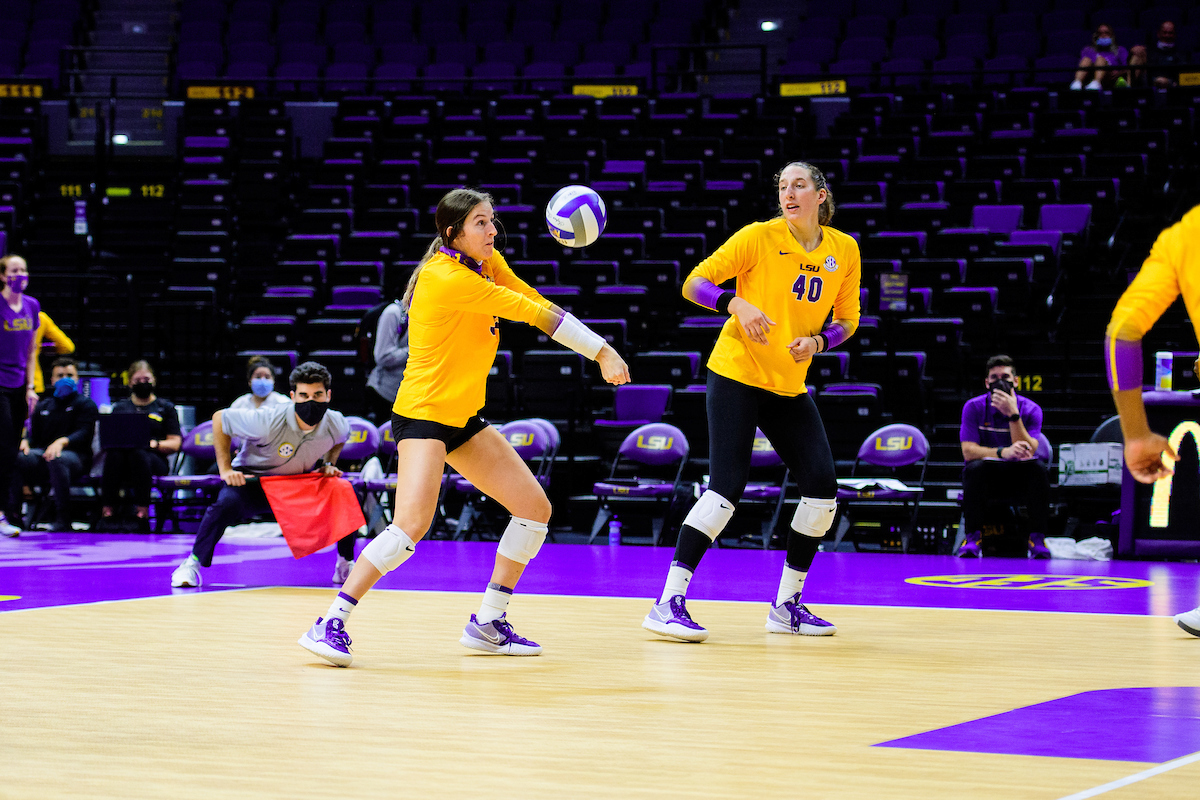 STATE COLLEGE, Pa. – The LSU Volleyball team (2-3) wrapped up play at the Penn State Classic Saturday, falling to the No. 17 Nittany Lions (5-1) in straight sets.

The Nittany Lions were able to win the match at the net, limiting errors offensively and earning 12 blocks. When Penn St. wasn’t blocking balls, it was getting hands on balls to allow the Nittany Lions to transition into offense. Anytime LSU looked to go on a run, Penn St. prevented LSU from putting anything together.

Kylie Deberg had another good night for the Tigers with a match-high 15. Hannah Brister was LSU’s next offensive leader with 11 kills. Ella Larkin had 14 digs and 31 assists and Raigen Cianciulli added 10 digs.

Penn St. was led by Erika Pritchard who hit .323 with 14 kills and Kaitlyn Hord who had 8 kills and 7 blocks (1 solo, 6 assisted) to total 12 points. Gabby Blossom ran the Nittany Lions’ offense effectively with 30 assists.