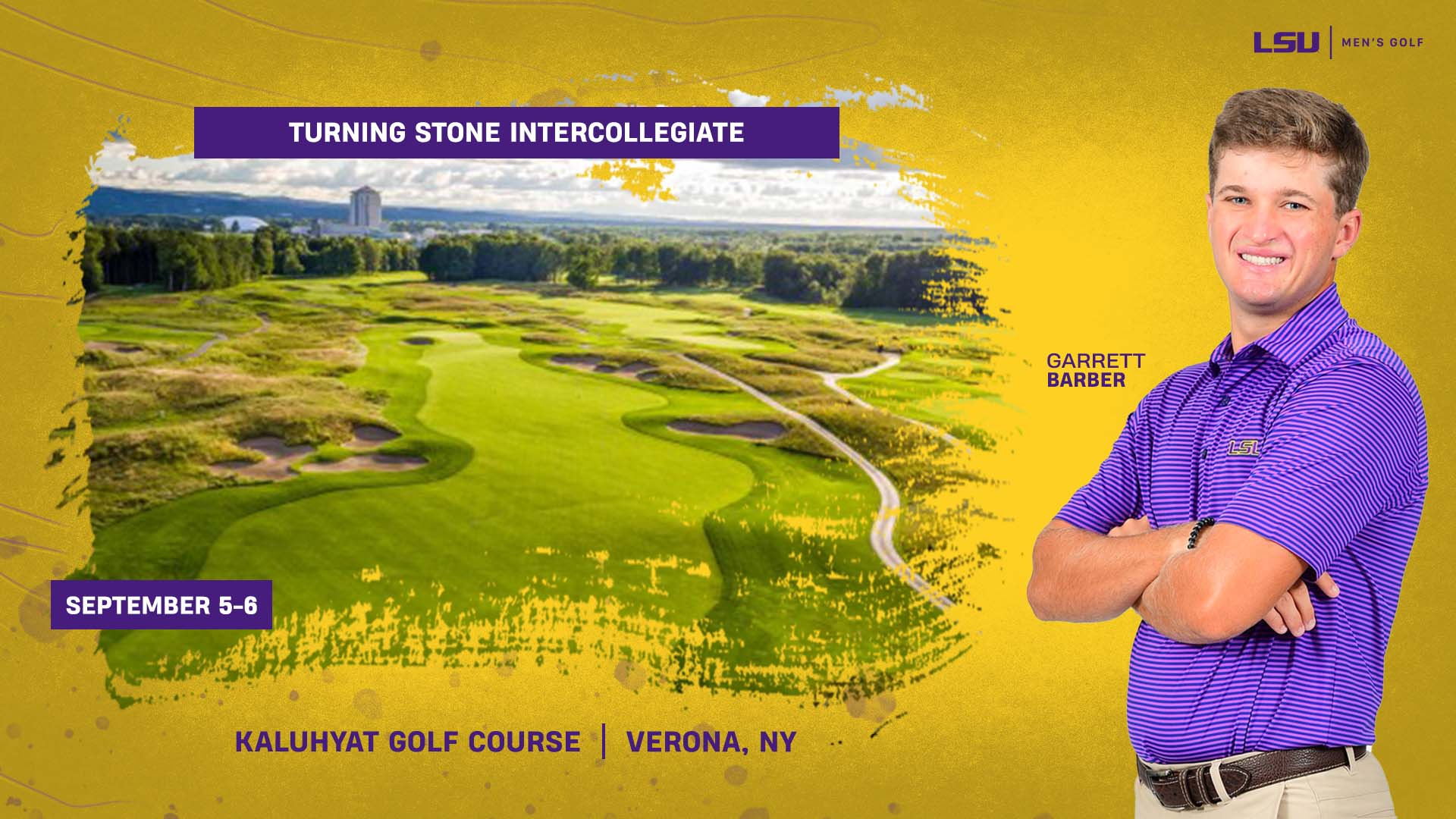 Baton Rouge, La. – The LSU men’s golf team will open its 2021-22 season at the 12th annual Turning Stone Intercollegiate. This will be the first year that the Tigers of LSU compete in the 54-hole event taking place Sunday through Monday. The tournament will be held at Kaluhyat Golf Club in Verona, New York.

The first round will begin Sunday with a shotgun start at 7:00 a.m. followed by the second round at 12:00 p.m. on the same day. LSU will be playing alongside Saint Francis and Canisius in both the first and second round. The final round will begin at 7:00 a.m. on Monday. Golfstat will provide live scoring of the event. The Kaluhyat GC will play as a par 72 at 6,803 yards.

This is the first tournament on the schedule for the men’s golf team this fall and kicks off three straight weeks of play for the Tigers. Following this event, LSU will travel to Ruston, La. for the Jim Rivers Intercollegiate (Sept. 12-14) and then to the Honors Course in Tennessee for the Scenic City Collegiate (Sept. 20-21) prior to SEC Match Play at Shoal Creek GC in October. The final tournament of the fall will be the Isleworth Collegiate Invitational in Windermere, Fla.

LSU will be led by the trio of seniors Garrett Barber, Trey Winstead, and Michael Sanders. Barber registered a stroke average of 71.45 during the 2020-21 season to lead the Tigers for the second year in a row in that category. Barber’s career scoring average of 71.12 currently ranks as the third lowest in LSU history. Winstead opted to take the extra year of eligibility offered after the 2020 season was canceled due to the COVID-19 pandemic and will begin his fifth year with the Tigers this season; Winstead’s 72.31 stroke average is the fifth lowest in LSU history. Winstead and Sanders averaged 71.80 and 73.17 strokes per round last season, respectively.

Junior Connor Gaunt represented LSU at all ten tournaments last season, averaging 73.6 strokes per round. Gaunt totaled 92 birdies on the season and twenty of his thirty rounds counted towards the Tigers’ team score. Last season was Gaunt’s first with the Tigers, transferring in from Arkansas Tech where he averaged 72.39 strokes per round and 10 of his 18 rounds were even par of better. Incoming freshman Cohen Trolio recently competed in the U.S. Junior Amateur where he finished Runner-Up. Featured as an individual this week, sophomore Nicholas Arcement averaged 72.74 strokes per round last season and had 25 of his 27 rounds counted towards the team’s scores.