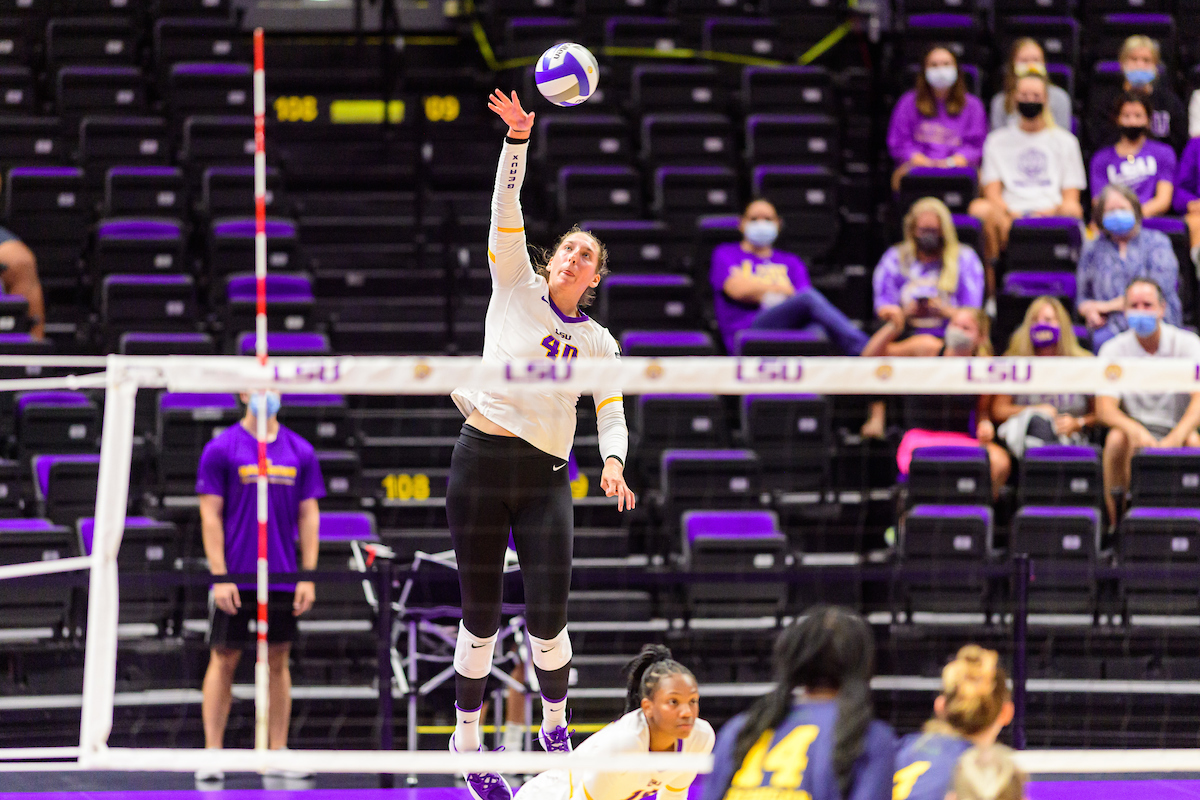 STATE COLLEGE, Pa. – The LSU Volleyball team (1-2) won its first set against Iowa State (3-0), but dropped the next three in Rec Hall during its first match of the day. The Tigers will face Oregon State later on Friday at 4 p.m. CT.

“We have to be more resilient and more focused,” said head coach Fran Flory. “We’ve done a greta job of following the game plan in the first set of every match. Then we try to do too much instead of continuing to execute the game plan. We have to be more disciplined in our approach to the game and understand that if it’s working, it’s working, and we don’t need to try and do more.”

Kylie Deberg was dominant for LSU, tallying a match-high 22 kills, her first 20+ kill match at LSU. Hannah Brister was productive and efficient for the Tigers with 14 kills, hitting .370. Karli Rose tallied 46 assists. Raigen Cianciulli led the way with 10 digs, but Taylor Bannister and Ella Larkin both added 10 too.

Candelaria Herrera was a force at the net for Iowa State, recording 8 blocks and adding 8 kills. Annie Hatch led ISU with 11 kills and Eleanor Holthaus had a match-high 15 digs.

LSU had 6 service aces to Iowa State’s 2, but the Tigers recorded 16 service errors as a team.