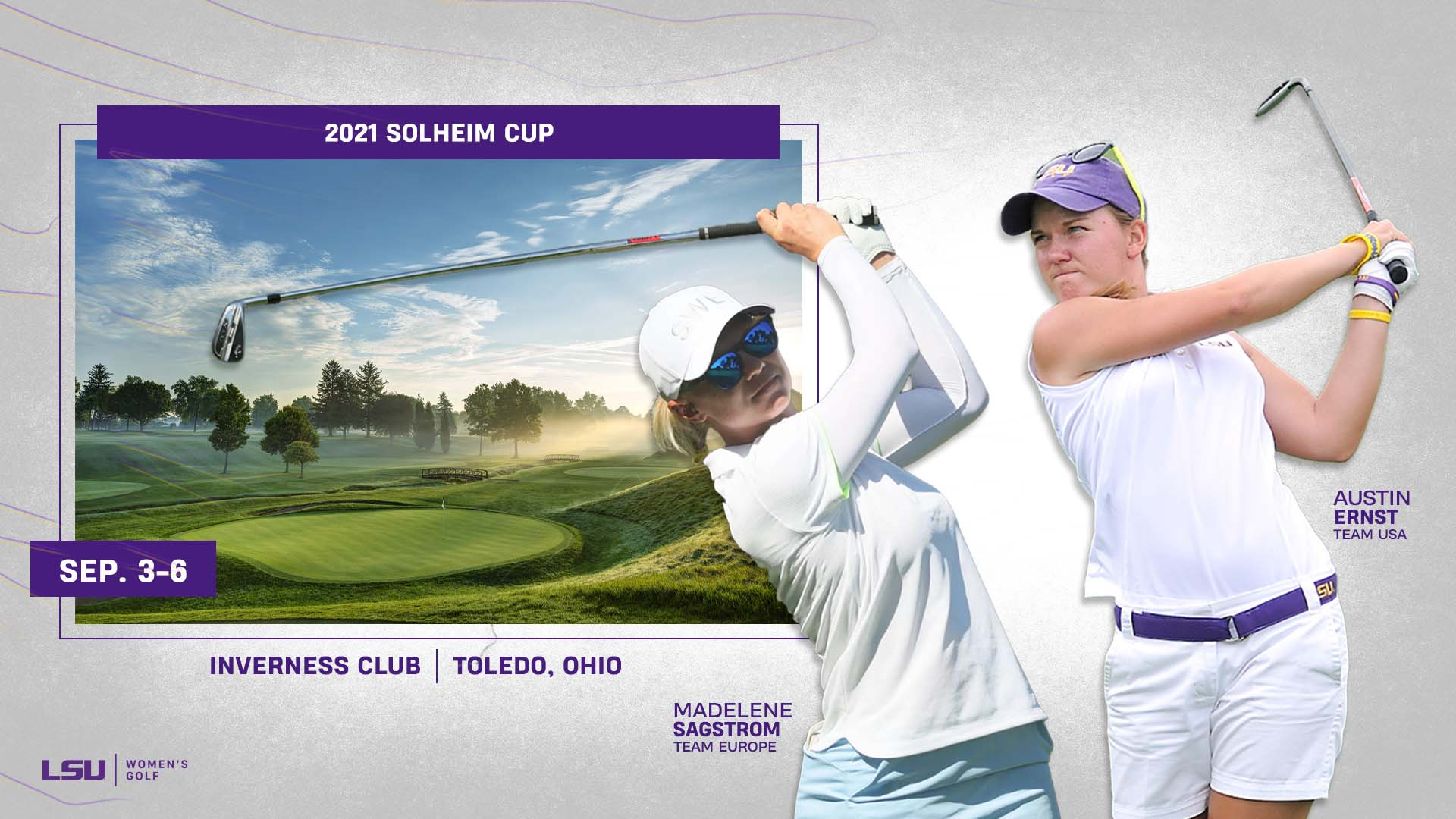 BATON ROUGE – Two of LSU’s top alums on the LPGA Tour are back for the second time at the Solheim Cup which begins play early Saturday morning at the Inverness Club in Toledo, Ohio.

Austin Ernst, who qualified fifth in the Solheim Cup points, will be part of the United States team while Madelene Sagstrom, who qualified as a captain’s pick, will represent Europe.

The biennial Solheim Cup features the game’s top players in three days of match play competition. Europe is the defending champion, having beaten the U.S. in the 2019 Solheim Cup, 14 ½ to 13 ½, at the PGA Centenary Course at Gleneagles in Scotland.

This will be the 17th Solheim Cup with the USA holding a 10-6 advantage. The Americans must win 14 ½ points to win the Cup back. The USA was the winner in 2017 when both Ernst and Sagstrom played for their respective teams.

Ernst played at LSU in 2011 and 2012, winning the NCAA individual championship as a freshman in 2011 and earning All-America honors both years. Since joining the LPGA Tour in 2013 she has won $4.4 million on the tour with three wins, including one in 2021, and 29 career top 10 finishes.

Sagstrom, a first-team LSU All-America who played at LSU from 2012-15, was the Symetra Tour Player of the year in 2016 and joined the LPGA Tour in 2017. Sagstrom scored her first LPGA win in 2020 and has nine career top 10 finishes. After a T2 finish in the AIG Women’s Open in her last start, Sagstrom is less than three thousand dollars from the $2 million mark in career LPGA earnings.

Pairings for the opening four matches Saturday morning were to be announced later on Friday.