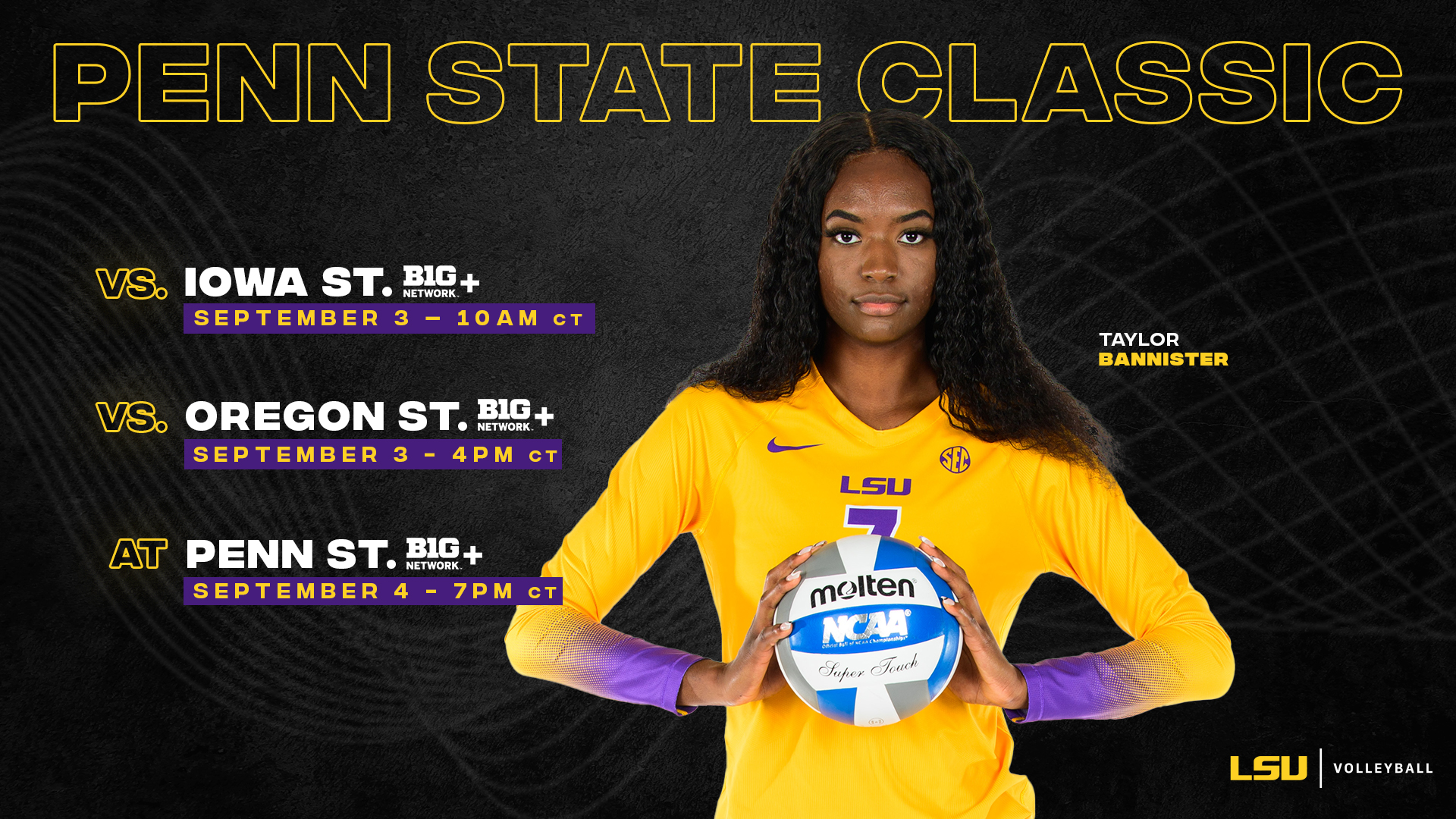 STATE COLLEGE, Penn. – After relocating to Houston due to Hurricane Ida on Saturday and practicing at the University of Houston throughout the week, the LSU Volleyball team (1-1) is in State College and will have three matches on Friday and Saturday at the Penn State Classic.

“Our state is full of tough and resilient people,” said head coach Fran Flory. “We know we represent more than just our university. We represent our whole state of Lousiana right now and we are going to play with our whole heart for the state every play.”

Following the Tigers’ victory over Northern Arizona on Saturday in Baton Rouge, the volleyball team caravanned with the football team to Houston on Saturday night, arriving in Texas Sunday morning. Thanks to the University of Houston, LSU was able to practice throughout the early parts of the week prior to leaving for Pennsylvania. The Tigers made it to State College Thursday morning.

“This is a great opportunity,” said Flory. “This is a really strong tournament with some great teams from great conferences.”

The Tigers were originally scheduled to host three matches last weekend at the Tiger Classic, but their match against Florida State was cancelled because of the storm. LSU fell to Michigan, 3-1, in the season opener, before taking down NAU, 3-1, early Saturday afternoon.

In her first action at LSU, outside hitter Kylie Deberg recorded 25 kills and 19 digs throughout the two matches. Right side Taylor Bannister was right behind her with 23 kills and 15 digs. Middle blocker Whitney Foreman was super efficient when given the opportunity to kill balls, finishing the first weekend with 21 kills and hitting .326. With 12 kills, middle blocker Allee Morris didn’t kill a ton of balls, but hitting .381, she was efficient when she was given the chance.

“Allee Morris has really come on. People didn’t see Anita Anwusi (last week), but she’s really improved and she will have a good opportunity this weekend. Whitney Foreman has always been a stabilizer in the middle for us. I think Karli (Rose) did a great job of incorporating them into the offense and we just have to continue to run a balanced offense and then we’ll be really difficult to defend as we mature as a team.”