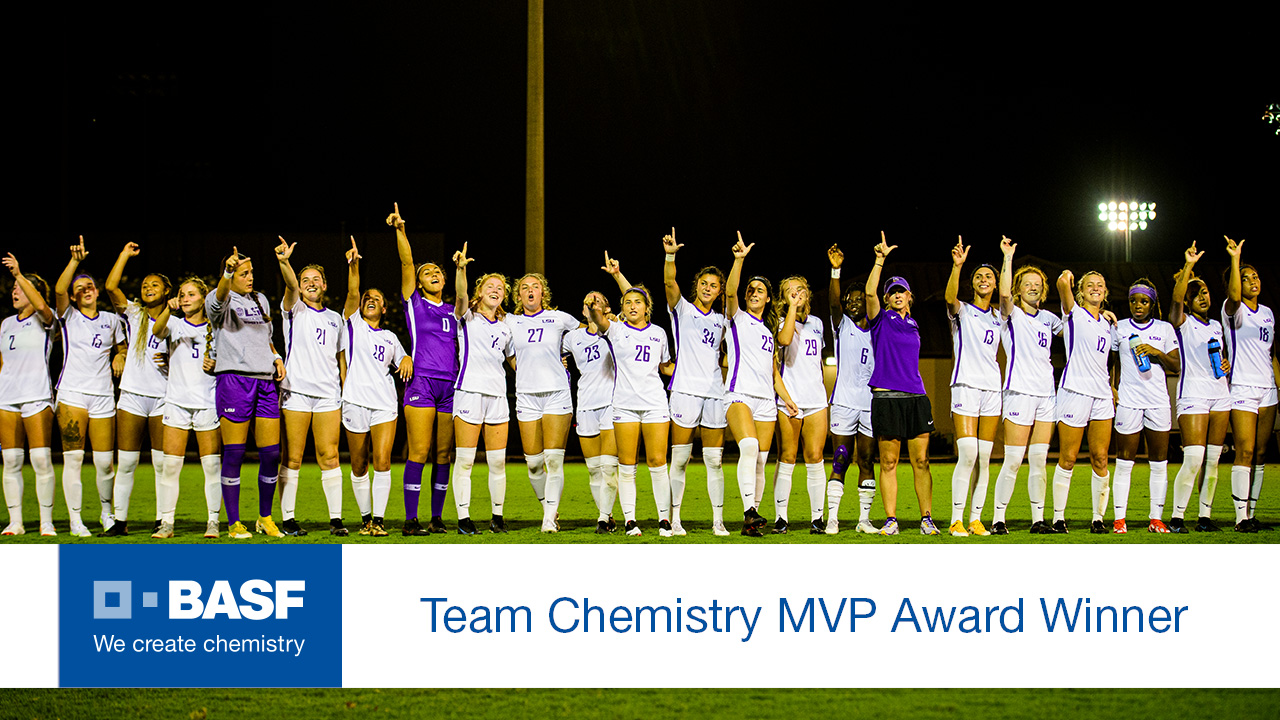 Baton Rouge, La. – The LSU soccer team has been named the BASF Team of the Month for August. The No. 17 Tigers are off to a 4-0-0 start including two wins over ranked opponents.

LSU got the season started on August 19 with a 2-1 victory over Southern Miss at home. Wasila Diwura-Soale scored the gamewinner with six minutes left in the contest for her first career goal for the Purple and Gold. Three days later, LSU ran away with an 8-0 win over Sam Houston State where Tinaya Alexander (four goals) and Alesia Garcia (three goals) became the first LSU duo to score at least a hat track in the same game; the eight goals were the most scored by LSU since 2010.

The Tigers then took their talents to Florida for a pair of road ranked wins against No. 15 USF (Aug. 26) and No. 19 UCF (Aug. 29). Maddie Moreau’s goal against No. 15 USF in the 90th minute with 31 seconds remaining proved as the gamewinner as the Tigers picked up their fourth ever true road win over a ranked opponent. The match against No. 19 UCF saw LSU prove themselves as the dominant side in a convincing 2-0 win.

The unblemished record of 4-0-0 has the Tigers ranked 17th in the latest United Soccer Coaches poll that was released on Tuesday (August 31). LSU’s next match will be against Arizona on Sept. 2.