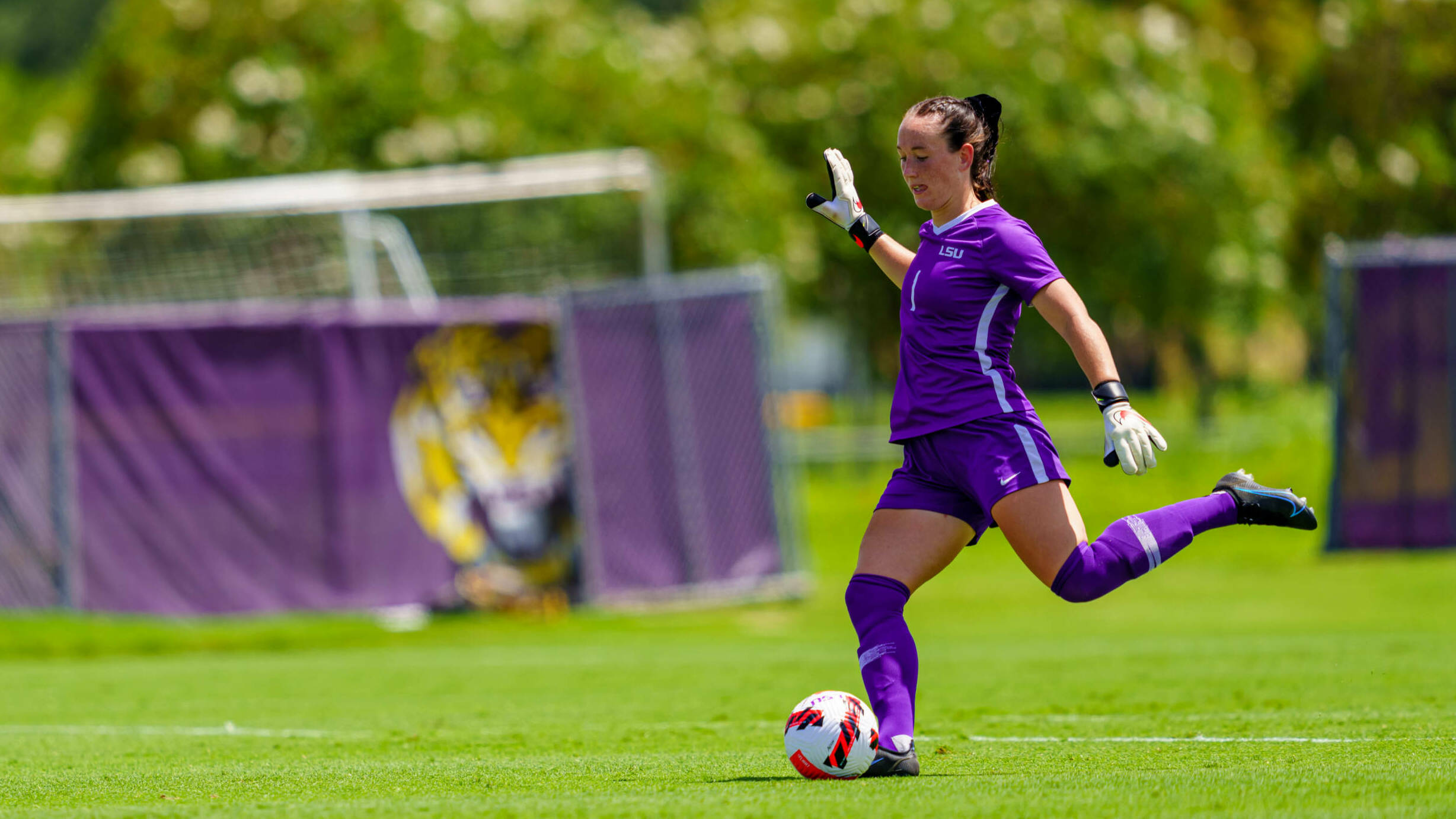 Swift has helped LSU to a perfect 4-0-0 start and earned her first solo shutout of the season on Sunday against No. 19 UCF. Swift is the first LSU goalkeeper to be named to the TDS Team of the Week since Caroline Brockmeier did so in 2018. A full release from yesterday’s SEC Defensive Player of the Week can be viewed below.

Swift played all 180 minutes in goal versus No. 15 South Florida and No. 19 Central Florida over the weekend resulting in two LSU victories in Florida. Swift did not allow a goal during the week in run of play; the only goal scored against LSU came via a USF penalty kick.

Swift has now played in all four matches for LSU and has a unblemished record of 4-0-0. She earned her first solo shutout of the season on Sunday against No. 19 UCF. LSU’s other shutout of the season came when Swift and Bella Zanotelli teamed up to hold Sam Houston State scoreless on August 22. Swift has lowered her goals against average to 0.57 having only allowed two goals in 315 minutes of time in net. She has 11 saves on the season with a save percentage of .846.

This is the second time that Swift has earned SEC Defensive Player of the Week honors. The LSU soccer team will go straight from Florida to Tempe, Arizona as they get set to take on Arizona (Sept. 2) and Arizona State (Sept. 5) in Tempe later this week.