Soccer Ranked No. 17 in the Nation 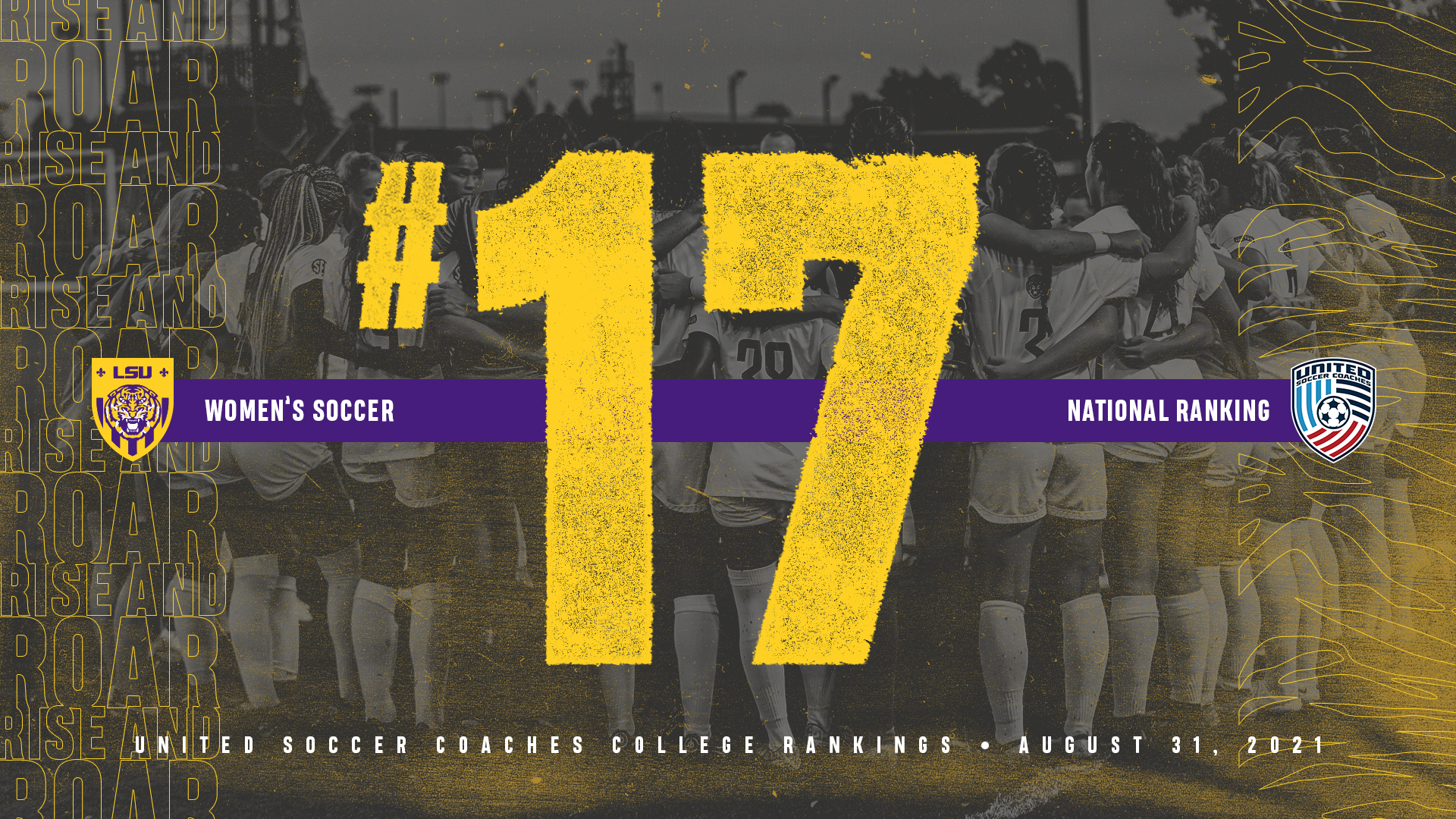 Baton Rouge, La. – Following a 4-0-0 start with two wins over top 25 teams, the LSU soccer team has cracked the United Soccer Coaches Poll Top 25 for the first time this season at the No. 17 slot.

The Tigers have been a dominant side early on in 2021 outscoring their opponents by a total of 14-2. Ranked wins have come against No. 15 USF and No. 19 UCF, and LSU scored two goals in each of those games. UCF had not allowed a goal on the season before facing off against LSU, but that changed quickly as the Tigers scored two.

Tinaya Alexander leads the team with five of the 14 goals scored for LSU. Alesia Garcia has three and then Molly Thompson, Maddie Moreau, Grace Haggerty, Jordan Johnson, Wasila Diwura-Soale, and Athena Kuehn all have one apiece.

On the defensive side, LSU has a goals averaged against number of 0.50. Mollee Swift has been superb in net with a 0.57 GAA to go along with 11 saves and a save percentage of .846. She’s started all four matches and played a total of 315 minutes. Bella Zanotelli has played 45 minutes in goal and allowed no goals in her time. The backline crew of Shannon Cooke, Maya Gordon, Reese Moffatt, Grace Haggerty, and Lindsi Jennings have been working well in cohesion to stifle opposing attacks as well.

LSU is in the midst of a five game road swing with matches against Arizona (Sept. 2) and No. 21 Arizona State (Sept. 5) coming up later this week. A full list of rankings can be viewed at unitedsoccercoaches.org.