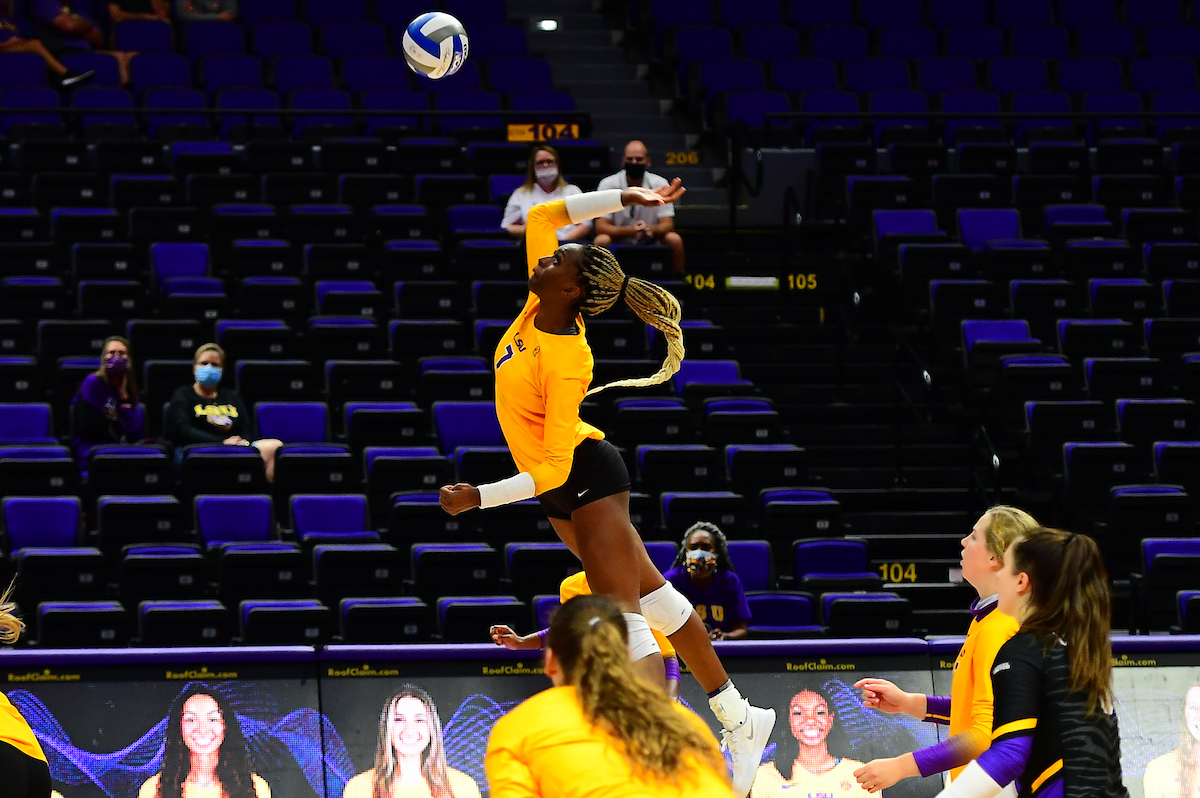 BATON ROUGE – The LSU Volleyball team (1-1) got its first win of the season against Northern Arizona (0-2) Saturday afternoon in the PMAC during the final match of the shortened Tiger Classic.

For NAU, Taylor Jacobsen led the way with 16 kills and 12 digs.