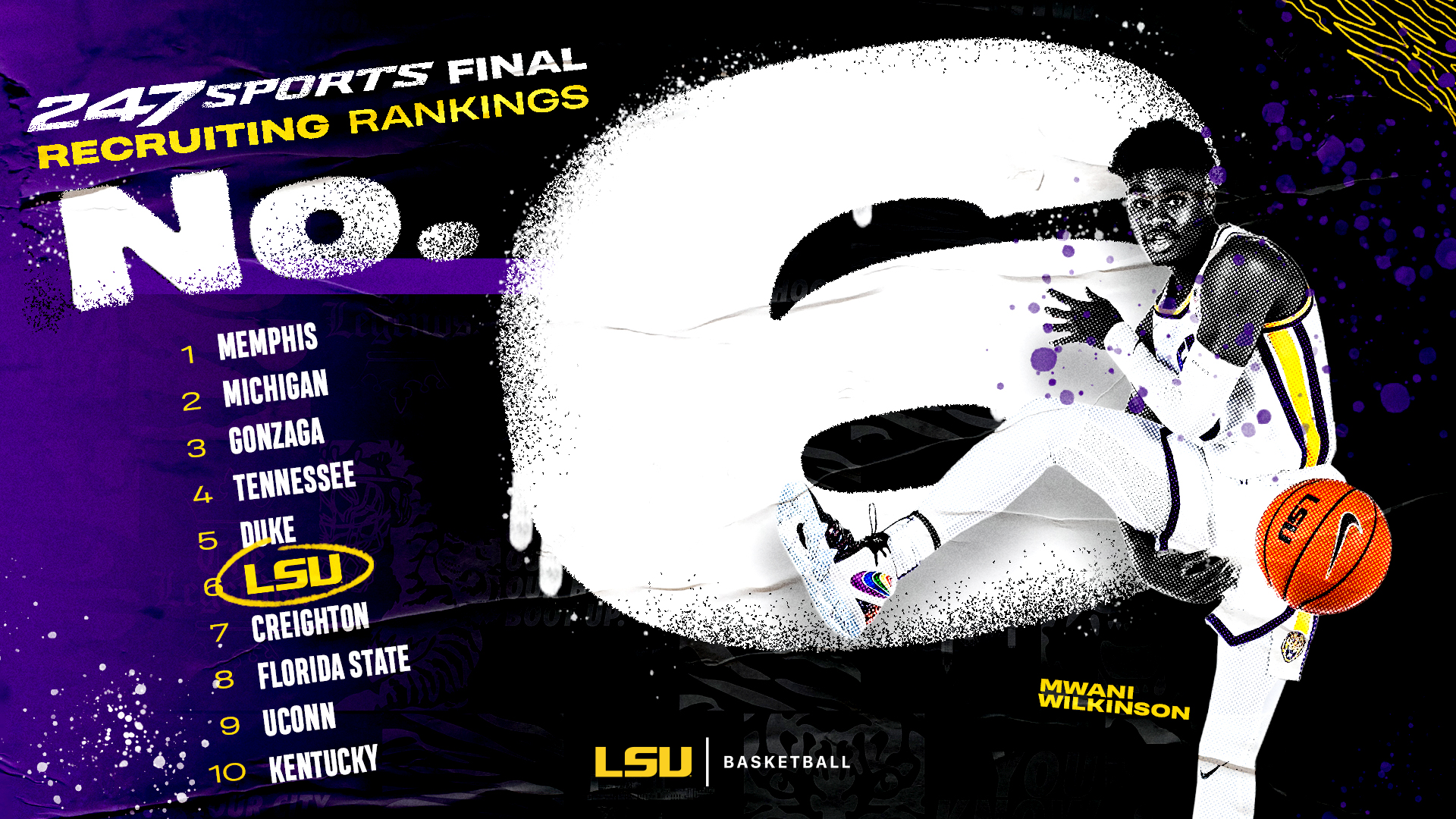 BATON ROUGE – The LSU basketball program was ranked sixth in the final 247sports.com composite team recruiting rankings at the end of the recruiting period for the 2021-22 season.

This is the second straight year that LSU will finish in the top 10 and the third time in the last four years that Coach Will Wade and his coaching staff have finished in the top 10 (fourth in 2020 and fourth in 2018).

The 247Sports Composite Rating is a proprietary algorithm that compiles prospect “rankings” and “ratings” listed in the public domain by the major media recruiting services. It converts average industry ranks and ratings into a linear composite index capping at 1.0000, which indicates a consensus No. 1 prospect across all services. The 247Sports Composite Rating is the industry’s most comprehensive and unbiased prospect ranking and is also used to generate 247Sports Team Recruiting Rankings.

All major media services share an equal percentage in the 247Sports Composite Rating. The composite index equally weights this percentage among the services that participate in a ranking for that specific prospect.

This is also in addition to the three players that transferred through the portal to LSU: Tari Eason, Adam Miller, and Xavier Pinson.

Season tickets for the 2021-22 season are available online at LSUTix.net and through the LSU Athletics Ticket Office.

The top 20 in the 247sports.com Composite Team Rankings: