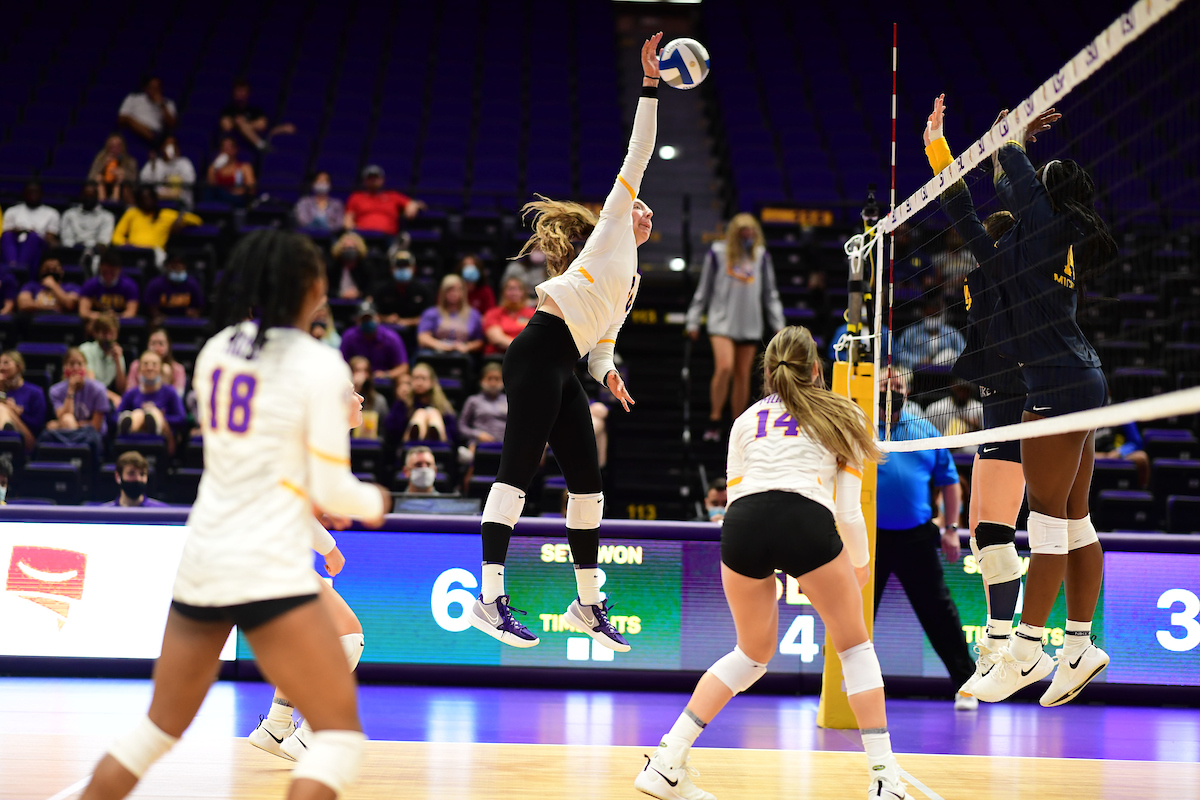 BATON ROUGE—LSU Volleyball (0-1) was defeated by Michigan (1-0) during its season opener in four sets on Friday night in the Pete Maravich Assembly Center.

Due to Hurricane Ida, the final two matches of the Tiger Classic, scheduled for Saturday evening, have been canceled. The two early matches are still on schedule to be played.

Senior middle blocker Whitney Foreman led the team in both kills (12) and blocks (5). Senior Taylor Bannister had nine kills and five digs, and graduate transfer outside hitter Kylie Deberg also added nine kills with 12 digs in her debut for the Tigers.

Michigan was led by Paige Jones, who had a game-high 19 kills. Jess Mruzik recorded a double-double with 11 kills and 13 digs for the Wolverines.

“It was a tale of two mentalities,” said Fran Flory, who began her 24th season as the Head Coach of the Tigers. “We fought hard, but you can’t play from behind when someone else is targeting every ball… It’s a good learning curve, Michigan is a good team.”