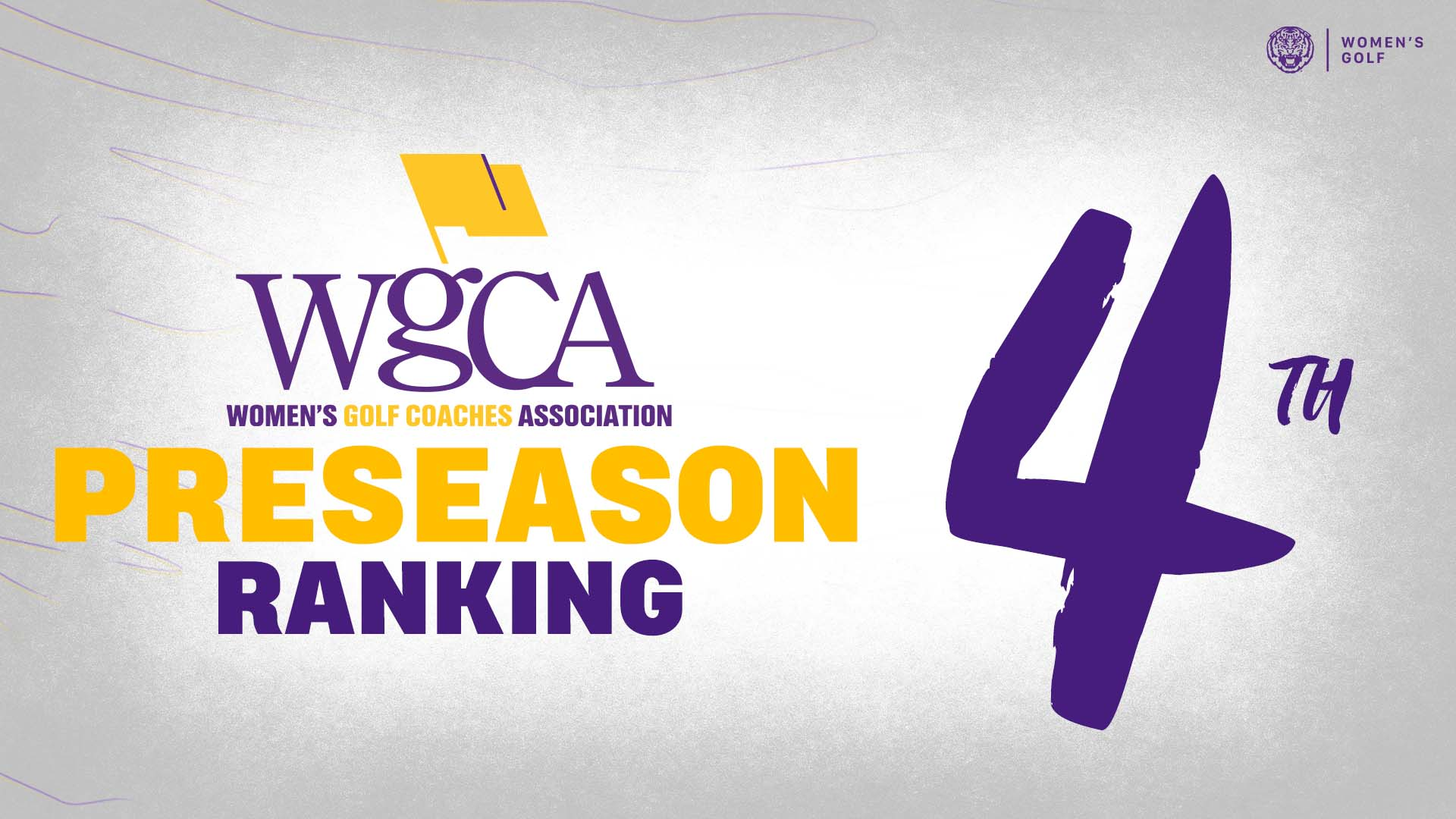 BATON ROUGE, La. – The Tigers were ranked in a tie for fourth in the preseason 2021-2022 Women’s Golf Coaches Association (WGCA) Preseason Coaches Poll on Friday afternoon.

LSU and Oklahoma State University are tied for the fourth spot, each earning 423 points.

The Tigers finished at the same ranking, No. 4, at the end of the 2020-2021 season. The next WGCA Coaches Poll will be released on Friday, September 17.

LSU opens play for the 2021 season on September 13 at the Annika Intercollegiate at the Royal Golf Club in Lake Elmo, Minnesota.

About the Women’s Golf Coaches Association

The Women’s Golf Coaches Association, founded in 1983, is a non-profit organization representing women’s collegiate golf coaches. The WGCA was formed to encourage the playing of college golf for women in correlation with a general objective of education and in accordance with the highest tradition of intercollegiate competition. Today, the WGCA represents over 650 coaches throughout the U.S. and is dedicated to educating, promoting and recognizing both its members and the student-athletes they represent.