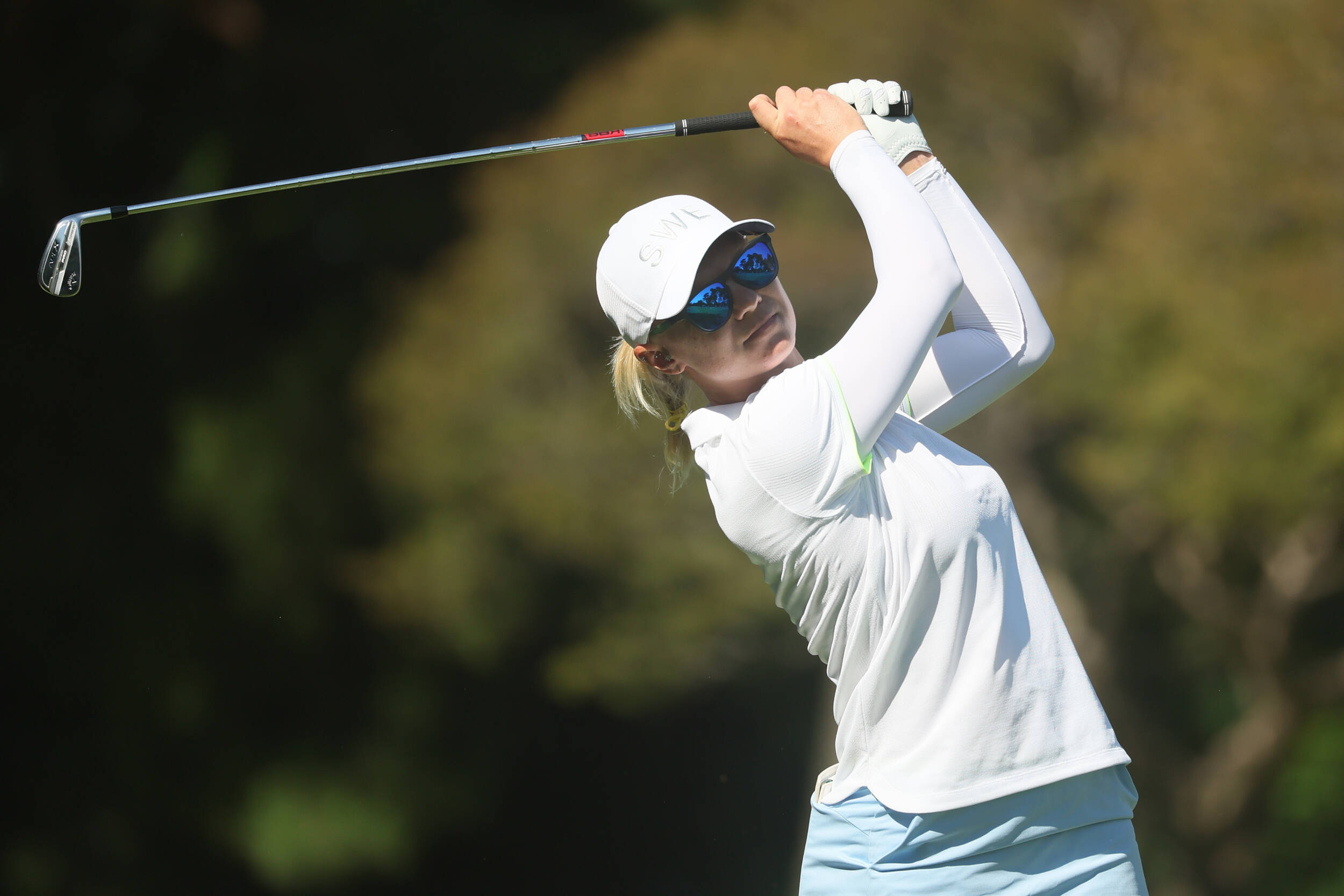 BATON ROUGE – Former LSU All-America Madelene Sagstrom started in contention for the AIG Women’s Open at Carnoustie, Scotland and stayed in the hunt throughout, posting her best finish in a professional major, tying for second.

She posted the sixth top 10 finish by a former LSU golfer in an LPGA major. It is the third time for a finish of second or better. Jenny Lidback won the Du Maurier Classic in 1995 and Austin Ernst in 2018 was T2 in the Evian Championship.

Sagstrom started the final day at 7-under par two shots of the lead and on a day when birdies were happening all over the course and players up to two hours ahead were contending for the lead, she stayed in check with the leaders two front nine birdies that got her to 9-under par.

After a bogey on the par 4 10th hole, Sagstrom dropped in birdies at 11, 12, 14 and 17 to get to 12 under par and tied for the lead, which at one point in the final round involved as many as six golfers. But a bogey on the 72nd hole, dropped her back to 11-under par and fellow Swedish golfer Anna Nordqvist was able to par the last four holes to finish at 12-under par 276.

Sagstrom will now wait for the announcement of the Solheim Cup teams which matches the United States and Europe over Labor Day Weekend. Sagstrom will need a captain’s pick of Catriona Matthew to make the European team.

Both Sagstrom and Ernst were on the respective teams in the 2017 Solheim Cup.