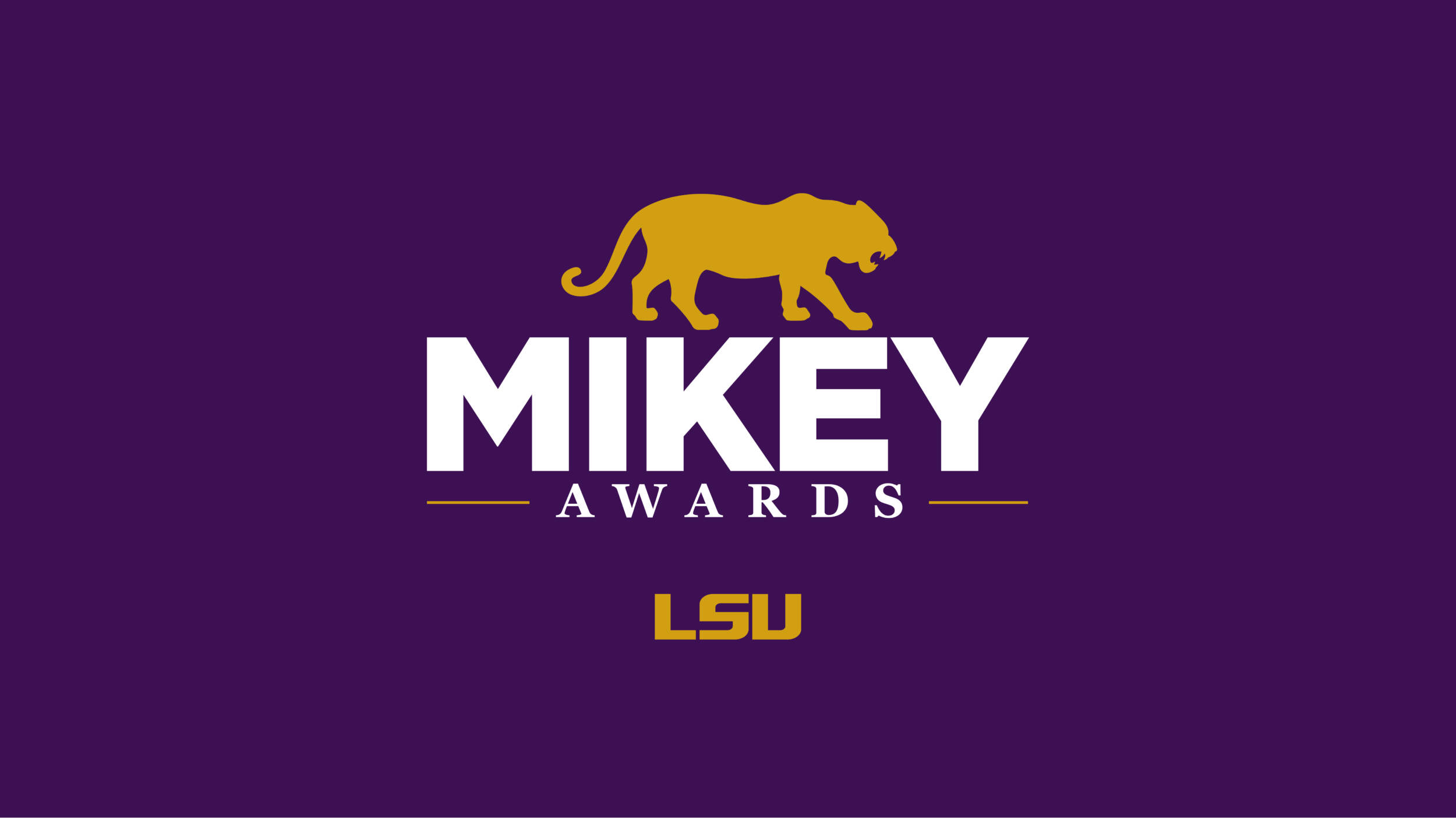 BATON ROUGE – NCAA champions JuVaughn Harrison and Lisa Gunnarsson from the LSU track and field team swept the Tiger Athletic Foundation’s Male and Female Athlete of the Year award for the 2020-21 athletics year.

LSU and the TAF announced the award winners virtually on Sunday as part of the annual Mikey’s Award ceremony. The Mikey Award winners are voted on by the student-athletes

Harrison became one of the most decorated student-athletes in LSU history in 2021, sweeping the NCAA Indoor and Outdoor titles in the long jump and high jump. He also represented the United States in both events at the Olympics last month.

Harrison’s efforts helped the LSU men’s track and field team win the 2021 NCAA Outdoor Championships. He was also named the NCAA Field Athlete of the Year both indoors and outdoors.

The LSU men’s tennis, which reached the NCAA Tournament, posted the highest grade point average among all men’s teams on campus at 3.663. The women’s swimming and diving team paced all women’s sports on campus with a 3.494 average the classroom.

Male Record Breaking Performance – JuVaughn Harrison (Men’s Track and Field)
◦ Had the best long jump/high jump combo performance in world history at the 2021 NCAA Indoor Championships as he swept titles in both events while scoring 20 points for the LSU track and field team.

Male Sport Play of the Year – Brooks Curry (Swimming and Diving)
◦ swam a 48.19 in the 100-meters at the U.S. Olympic Trials, finishing in the top 4 in the event, to become the first American swimmer in LSU history to qualify for the Olympics