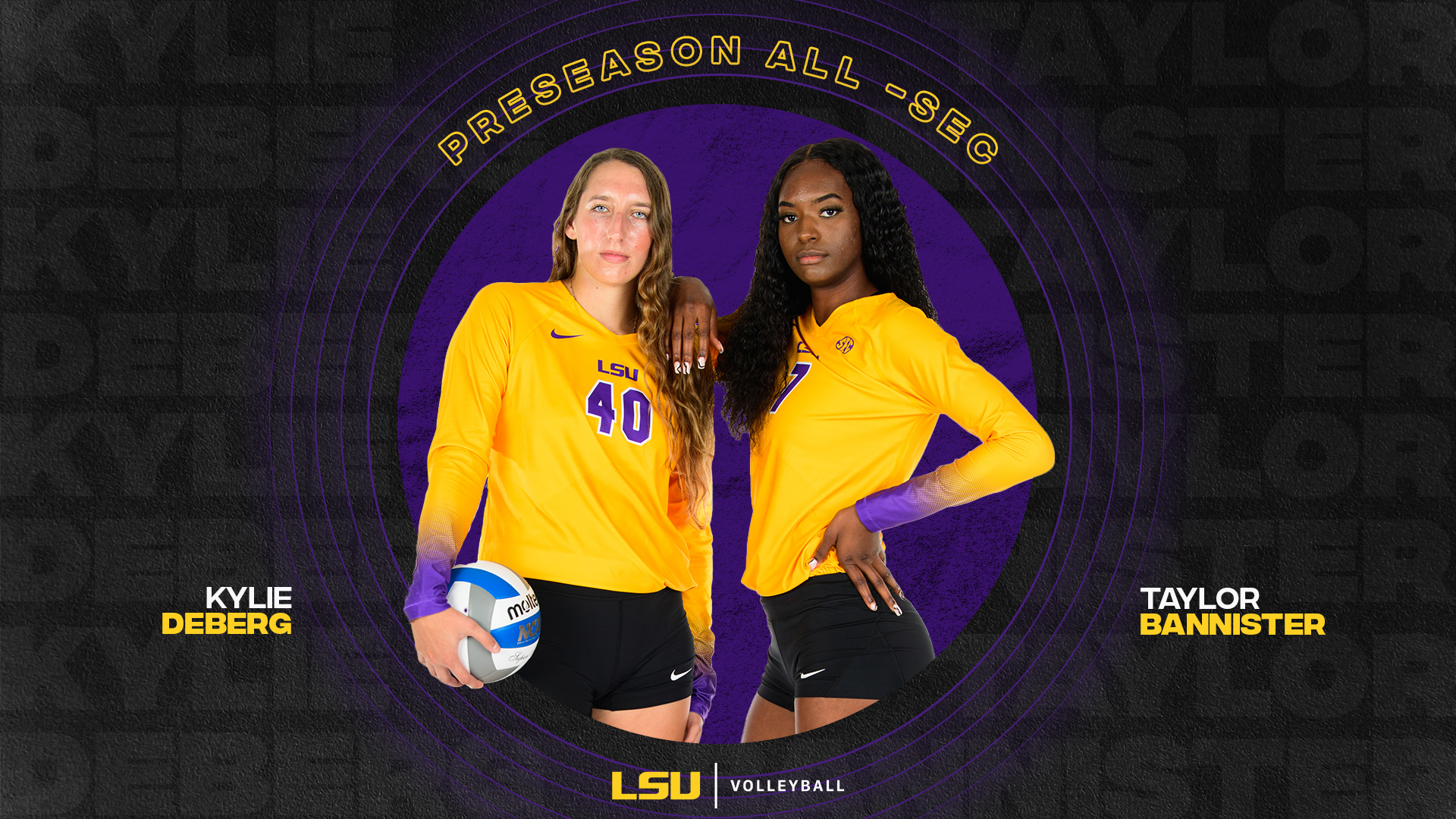 BIRMINGHAM, Ala. – LSU Volleyball’s Taylor Bannister and Kylie Deberg were named to the Preseason All-SEC team Wednesday morning as LSU was one of three teams to have players named to the squad.

Bannister is entering her final season with the program. The right side has proven to be a force for the Tigers throughout her career, currently holding the second most kills in program history. She will have a chance to set the record in the upcoming season, needing 96 kills to take the top spot over Nyla Shepherd.

Deberg is a grad transfer from Missouri. The three-time All-American was one of the top players in the conference during her time in Columbia. She set school career records at Missouri in kills per set and points per set.

Together, Bannister and Deberg have the potential to be a potent one-two punch in Baton Rouge. Last season Deberg led the SEC in kills, points, kills per set and points per set. Bannister finished right behind her at No. 2 in each of those categories.