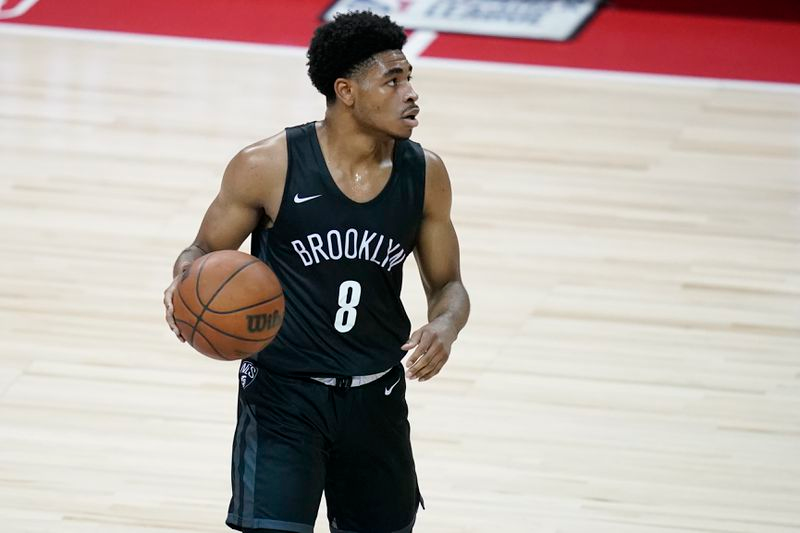 Cameron Thomas has been the star of Summer League for the past week and he didn’t let up in his final group play game. Thomas started out slow, going 0-4 in the first quarter. For Thomas, that was an outlier and he proved that to be true, going 5-9 with 12 points in the second quarter.

Thomas kept his hot hand going in the second half, going off for 22 points, including this dagger-three to give the Brooklyn Nets a 104-100 victory over the San Antonio Spurs.

Another 30+ point game. Another dagger to close the game. @24_camthomas, you are insane. pic.twitter.com/j6npxzxdSl

Thomas ended the game with 36 points, his second 30+ point performance of the summer. After four games, Thomas sits at the top of the Summer League in points per game with 27.0 PPG. Thomas’s 36 points put him at T-4 for the most points in a Summer League game over the last 5 years, according to ESPN Stats and Info.

Cameron Thomas finished with 36 points for the Nets on Sunday.

That is tied with Lonzo Ball for the 4th-most points in a Summer League game over the last 5 years. pic.twitter.com/NS3zR87EUt

Later in the day, Jarell Martin and the Utah Jazz took on the LA Clippers. Martin logged seven minutes and had two points and four rebounds. The Clippers defeated the Jazz, 94-90.