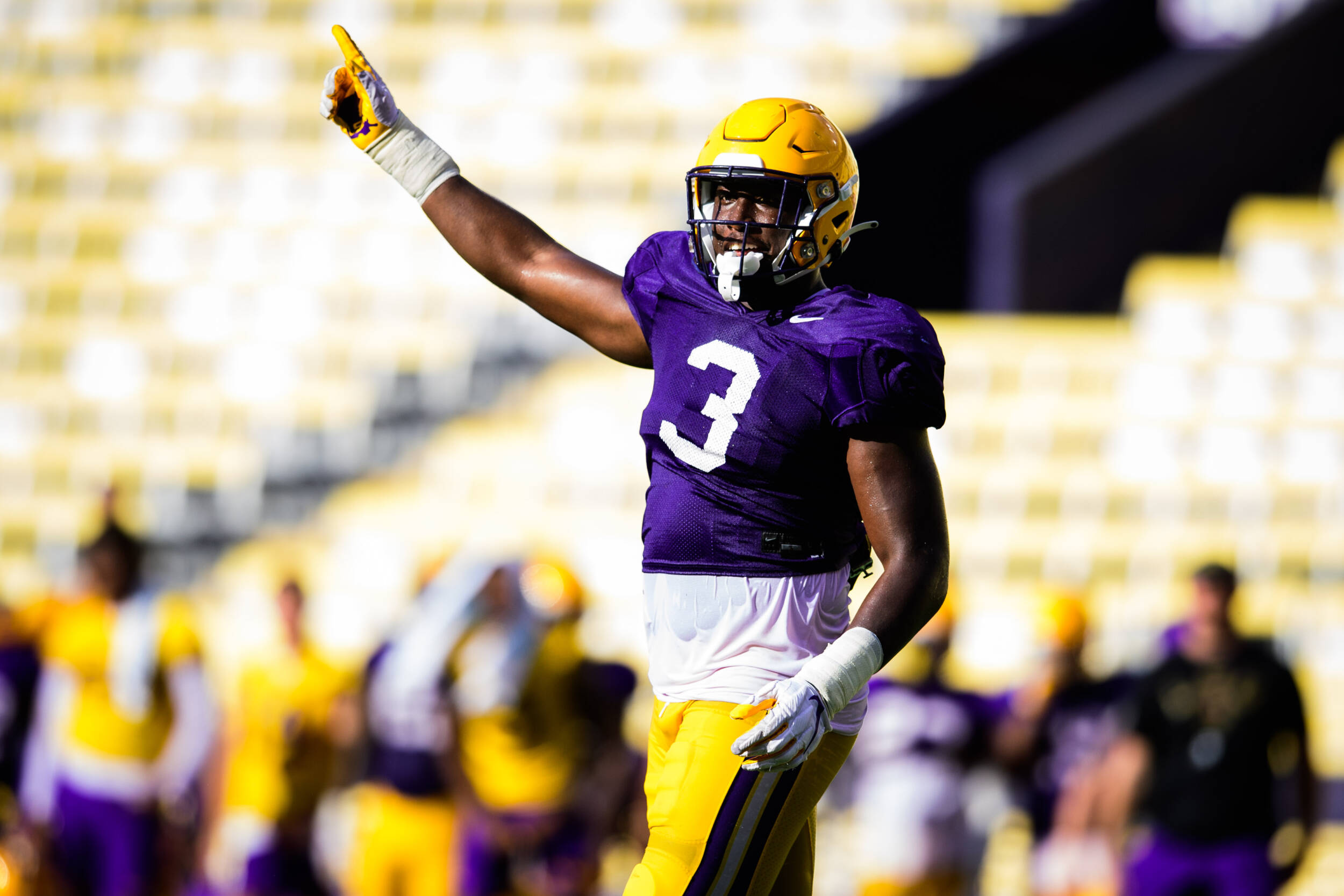 BATON ROUGE – LSU’s defense, in particular that of the defensive line, shined in the first preseason game of camp for the Tigers here Saturday afternoon in Tiger Stadium.

Saturday’s scrimmage was the first of two for the Tigers before opening the season on Saturday, September 4 against UCLA in the Rose Bowl in Pasadena. LSU will scrimmage again next Saturday in Tiger Stadium before holding a simulated game on Saturday, August 28.

“It was an outstanding day,” LSU coach Ed Orgeron said. “There was a lot of hard work and preparation getting ready for today. I thought our coaches did a tremendous job of getting our guys ready.”

Offensively, the Tigers emphasized first, second and third down along with work in the redzone. Orgeron said next week the Tigers will focus on short-yardage, goal line and the two-minute drill.

Sophomore quarterback Max Johnson completed 11-of-19 passes for 127 yards and a touchdown, while true freshman Garrett Nussmeier connected on 11-of-17 passes for 225 yards and three scores.

Among the leading receivers during the scrimmage included Kayshon Boutte and Brian Thomas with five receptions each followed by Evan Francioni with four and Jaray Jenkins with two.

On defense, the play of the ends Ali Gaye and Andre Anthony along with tackles Joe Evans and Neil Farrell Jr. highlighted the day for the Tigers.

“I thought those guys did a tremendous job of pass rush today,” Orgeron said. “They ran around and played well. There were a lot of third down passing situations where they could pin their ears back, but I still thought they did a great job.

“Overall, it was a great scrimmage, mostly dominated by the defense and the quickness of the defensive line. We gave up very few big plays with the first team and I thought we tackled well and put a lot of pressure on the quarterback.”

LSU will take Sunday off from practice and then return to the field on Monday with a walk-through in the morning followed by practice that afternoon.