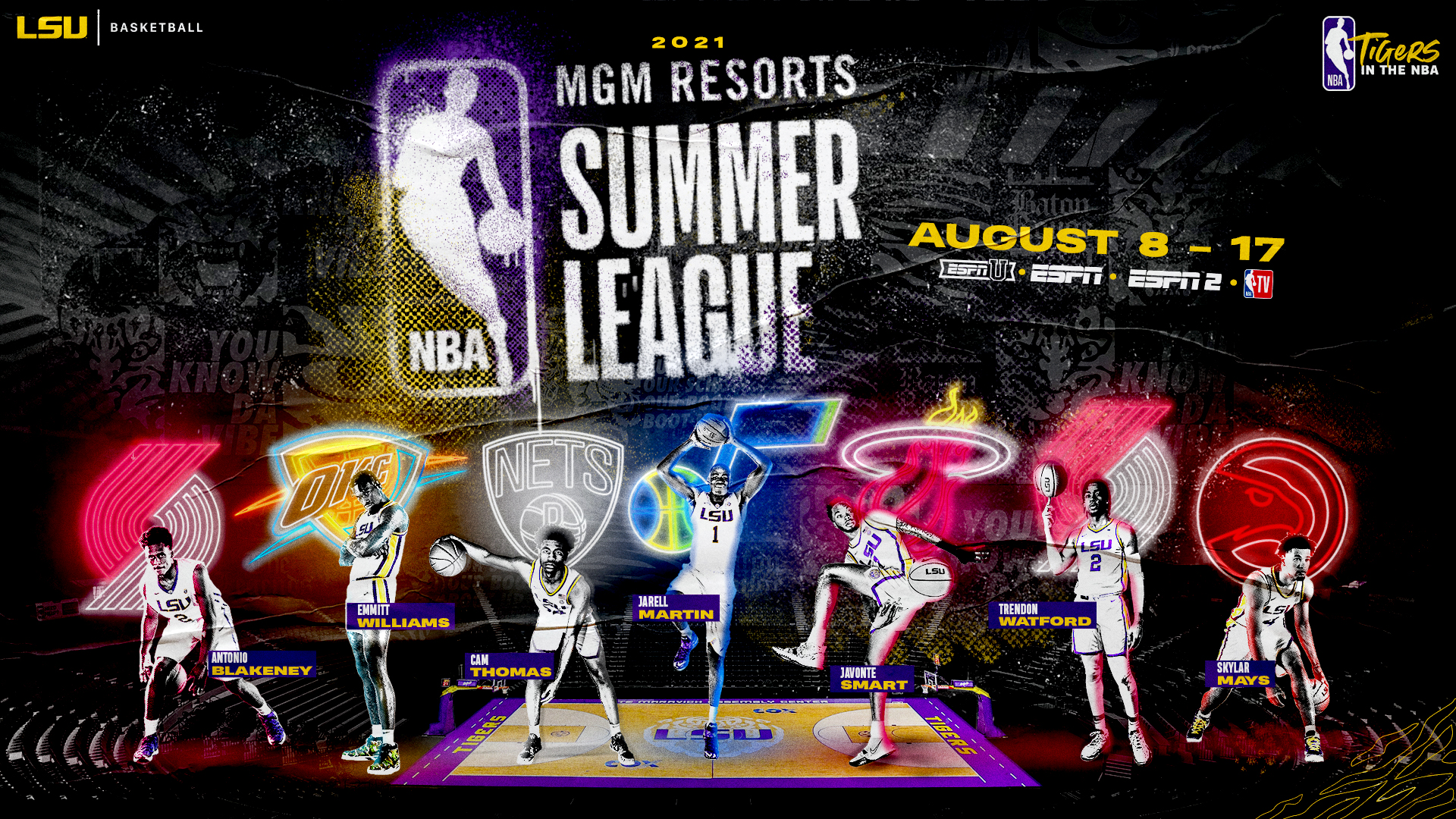 All 30 teams are playing in the event that runs through Aug. 17 with each team playing four games before a playoff game based on records on Aug. 16-17. All games will be televised on either the ESPN family of networks or NBATV.

Returning NBA players from this past season, Skylar Mays, will be in action playing for his Atlanta Hawks against Boston in Atlanta’s opening game on Sunday.

Jarell Martin, who was a first-round pick for the Memphis Grizzlies after his LSU career ended in 2015, is back in the summer league for the Utah Jazz. Martin played last season for the Sydney King’s of the Australian National Basketball League.

Antonio Blakeney, who has been both in the NBA and the G-League, is with Portland.

LSU’s three stars from this past season’s NCAA second-round team will also be playing in the Summer League. Cameron Thomas, the 27th pick of the first round of the 2021 NBA Draft with Brooklyn, signed his first NBA contract earlier this week. Trendon Watford signed a two-way deal and will play with Portland and Javonte Smart, who got an early start in the California Classic two days of games, is playing with the Miami Heat.