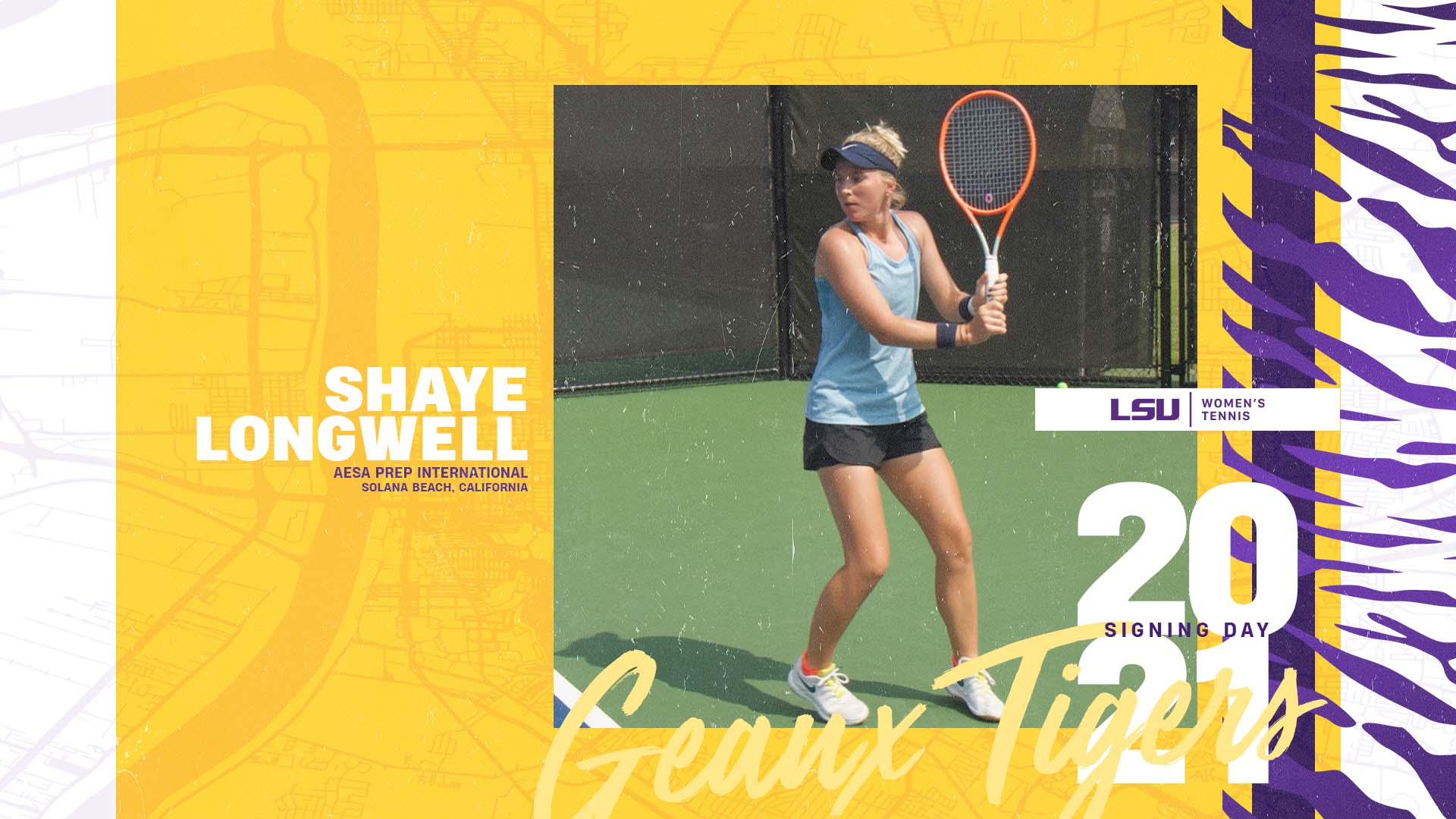 “We’re happy to bring Shaye into the Tiger Family,” co-head coach Michael Sell said. “The energy she has and her commitment to her development will be a reason she’ll flourish in the Purple & Gold.”

Longwell was ranked a three-star recruit by tennisrecruiting.net after spending the past few years competing in multiple USTA and ITF junior tournaments. She has seen success particularly in the USTA junior competitions, picking up multiple tournaments wins at the U-16 and U-17 levels.

Longwell is the fourth signing of the year for the Tigers and is set to join up with the team in August.

“Shaye joins Jenna (DeFalco), Ena (Babic), and Mia (Rabinowitz) as one of the best incoming classes we’ve had at LSU,” Sell said. “Each of them comes with high character and extreme ambition to be the best. For the fans and community, this team will be extremely exciting to watch and we can’t wait for the fall season to begin!”