Tigers in the NBA Draft +0 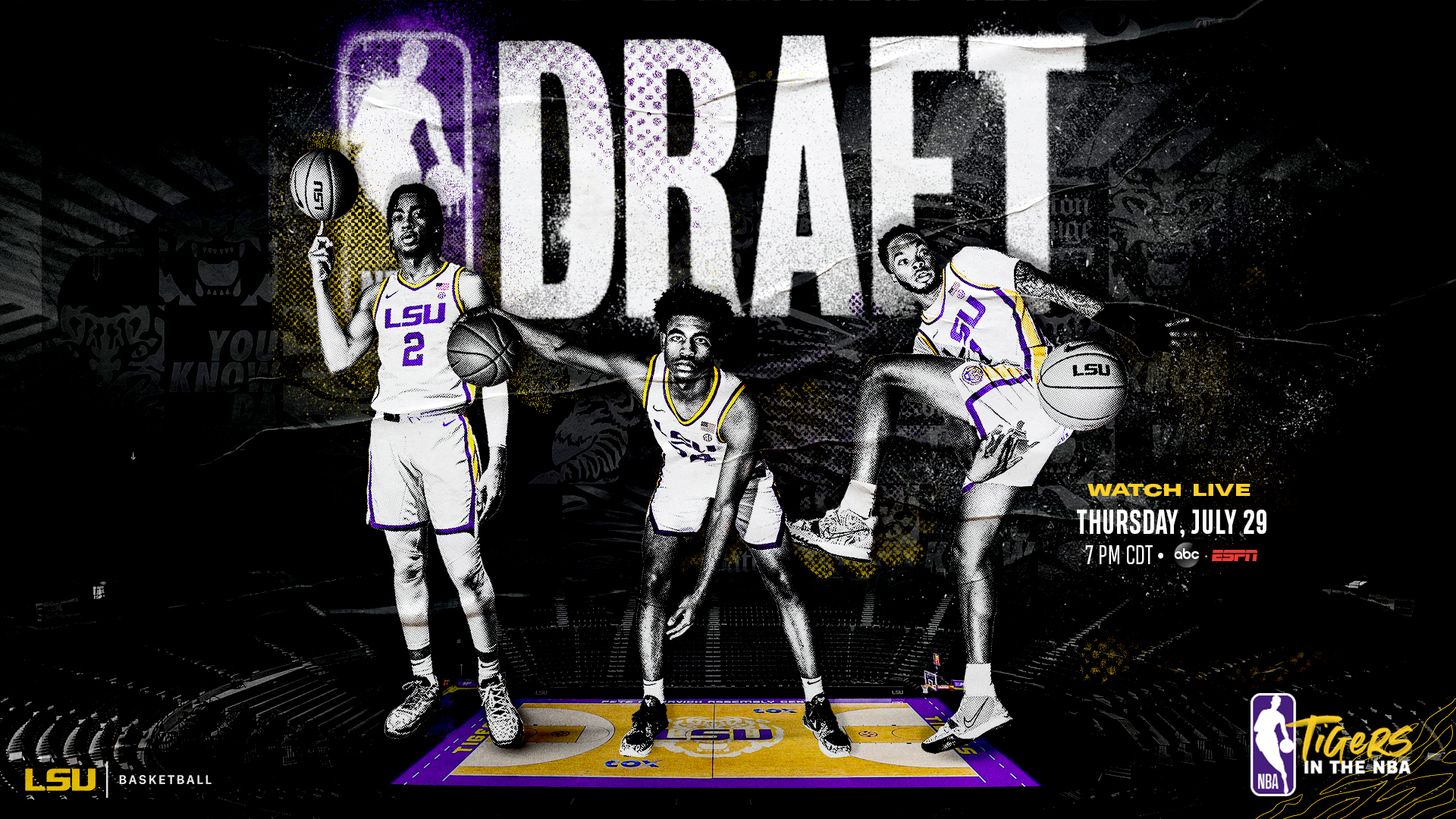 BATON ROUGE – What will the cards hold for an many as three LSU men’s basketball players when the 2021 NBA Draft begins at 7 p.m. CDT Thursday from the Barclay’s Center in Brooklyn.

The event will be televised by ESPN and ABC. The two networks will both televise the first round with ESPN covering the second and final round of the draft.

Cameron Thomas, Javonte Smart and Trendon Watford, who all put their names in the draft and signed with an agent, will represent LSU in the draft Thursday evening after workouts with several NBA teams over the last few weeks.

Thomas is one of 20 players that has been invited to the draft Thursday as he is expected to be the 16th LSU player to be drafted in the first round of the NBA Draft.

The last LSU player to be selected in the first round was Ben Simmons, selected by the 76ers with the first pick of the 2016 draft.

The Tigers of Coach Will Wade have had draft selections each of the last two years in the second round – Tremont Waters to Boston in the 2019 draft and Skylar Mays to the Atlanta Hawks in the 2020 draft.

This is expected to be the first time the Tigers have had selections in three straight drafts since LSU had a five-year streak from 2005-09 (Brandon Bass-05, Tyrus Thomas-06, Glen Davis-07, Anthony Randolph-08, Marcus Thornton-09).

The freshman from Chesapeake, Virginia came to LSU billed as a “prolific scorer” and lived up to that billing by leading all NCAA D1 freshmen in scoring while posting one of the top freshman seasons in LSU Basketball history. He posted 22 20-point games, the most 20-point games of any LSU player since Shaquille O’Neal in 1992 and finished with the 13th-highest scoring average by an LSU player in its history (minimum 20 games played).

The 22 games over 20 points for Thomas was the most by a Division I freshman this past season and his 16 games of 25-points per more for the season are the most by an SEC freshman in the one-and-done era (since 2006).

He was asked about any weaknesses he felt he had and Thomas said: “But I want to show that I’m a great playmaker. I’m an underrated playmaker that I don’t get enough credit for. Also staying locked in on the defensive end. I want to show those few things during this process and tell the teams that I’m really good at those things.”

Baton Rouge native Javonte Smart helped LSU to a Southeastern Conference championship and two NCAA appearances in his three years (and certainly would have been 3-for-3 on tournament appearances if not for the pandemic season of 2020). He ended his time at LSU as probably one of the most underrated point guards in the SEC, improving each year he played at LSU.

Smart averaged 16.0 points, 3.7 rebounds, 4.0 assists and 1.3 steals for LSU last season, posting 25 games in double figures, 66 over three-year career. Smart had 11 games this past season with three-or more three-pointers and 12 games (29 in his career) with five or more assists in games.

He was the seventh LSU Tiger to finish his career with at least 1,200 career points, 33 assists and 100 steals.

Watford played two seasons for the Tigers and earned SEC first team honors in 2021. The sophomore from Birmingham, Alabama improved in his second season with the Tigers, averaging 16.3 points and 7.4 rebounds to go with 2.9 assists per game. He started 58-of-59 career games over two seasons.

The last time LSU has more than one player selected in the NBA draft was 2015 when Jarell Martin and Jordan Mickey were selected.