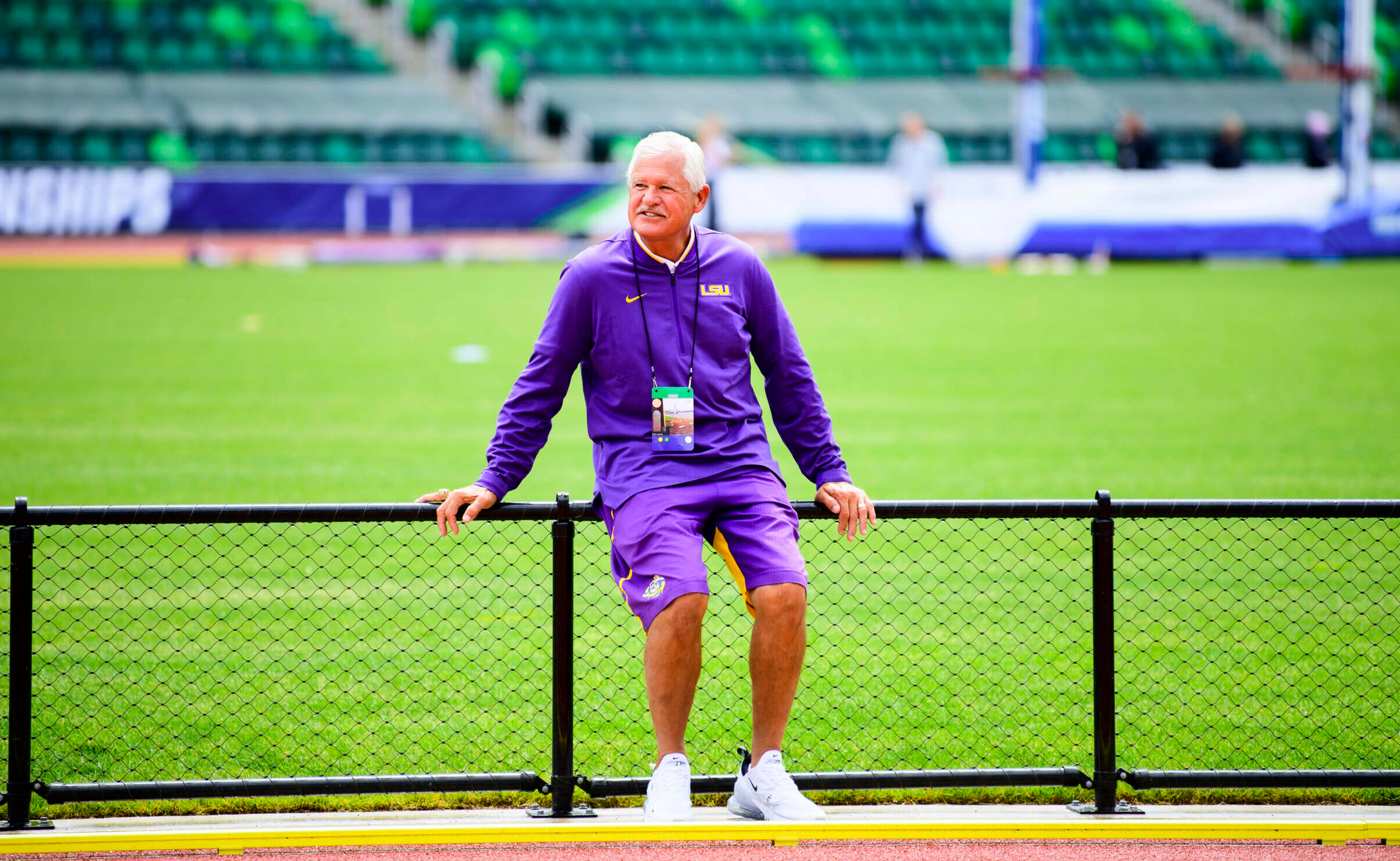 Baton Rouge, La. – Dennis Shaver, who led the LSU men’s track and field team to a national title in June, was named the Allstate Sugar Bowl’s Collegiate Coach of the Year for Louisiana by the Greater New Orleans Sports Awards Committee on Thursday morning.

NEW ORLEANS – Dennis Shaver, who directed the LSU men’s track and field team to the NCAA Outdoor Championship, has been selected as the Allstate Sugar Bowl’s Collegiate Coach of the Year for Louisiana. The Greater New Orleans Sports Awards Committee, sponsored by the Allstate Sugar Bowl, selects annual award winners in a variety of categories; it also selects Amateur Athletes of the Month and each year’s Hall of Fame class. Overall, 23 individuals and two teams will be honored for their 2020-21 achievements at the Greater New Orleans Sports Hall of Fame Awards Banquet on July 24. Honorees are being announced over a period of 23 days, wrapping up with the Corbett Awards for the top male and female amateur athletes in the state on July 20 and 21.

Shaver, in his 17th year at the head of the LSU track and field programs, directed the Tigers to tremendous success in 2020-21. The pinnacle of the year came at the NCAA Outdoor Track & Field Championships when the LSU men’s track team captured its first national championship since 2002 after which he was named the Co-National Men’s Coach of the Year by the USTFCCCA. The Tigers had a dominating performance at the national meet as they tallied 84 points to easily outpace second-place Oregon’s 53 points. LSU won six events at the national championship – the only school to surpass that was Ohio State in 1936 when Jesse Owens snagged four golds himself.

“It means a lot because there have been so many times we’ve been second at this meet,” Shaver said after the outdoor championship. “To be able to win it is pretty exciting. We came out here and dominated the meet in a lot of ways and that made it special for us.”

Shaver’s success was not limited to that one outdoor team – the LSU women also earned a sixth-place national finish despite suffering critical injuries during the national meet. During the indoor season, LSU’s men notched a second-place national finish while the women finished third – the only school with a pair of top-three finishes. He was also recognized as the NCAA South Central Region Coach of the Year for both men’s and women’s outdoor track and field.

The other finalists for Louisiana Collegiate Coach of the Year were Lane Burroughs (Louisiana Tech Baseball), Jeremy Kennedy (Loyola Baseball) and Jeff Willis (LSU-Eunice Baseball). Burroughs, in his fifth season, directed Louisiana Tech to a memorable season which included a division title, an appearance in the Conference USA Championship game and the first hosting of an NCAA Regional in program history. Kennedy directed the Wolf Pack to the best baseball season in program history as it won a program-record 36 games, achieved its first NAIA national ranking (climbing as high as No. 8 in the country) and advanced to the NAIA National Championship Tournament. Willis directed the Bengals to the National Junior College Athletic Association (NJCAA) Division II National Championship with a thrilling 14-inning victory over Western Oklahoma State – the World Series victory was the seventh all-time for Willis and the Bengals; it also wrapped up the program’s third straight 50-win season.

The Allstate Sugar Bowl will continue announcing its honorees tomorrow (Friday) as first member of the Greater New Orleans Sports Hall of Fame Class of 2021 will be released at 10 a.m.